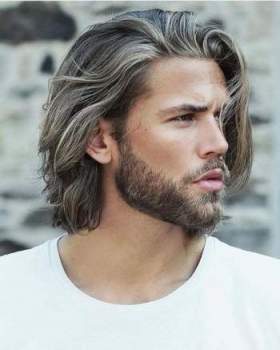 Picture the following situation: after weeks of hard work, your beard is finally starting to grow. It might have taken the right kind of products and some special attention, but facial hair now sits around your mouth; projecting both confidence and a warming sense of satisfaction. Whether it’s the first or the hundredth time, there’s no way to deny it: success always feels amazing! Perfect beard style.

Regardless, you can’t quite shake the feeling that something is not right. The more you glance into the mirror, the more you notice how messy the whole situation still looks. This is not exactly what you expected. Now that you’ve joined the bearded men club, how do you prevent facial hair from taking over your entire head?

Grooming your beard isn’t only about keeping it clean. Clippers and brushes can help you reshape your image, turning the lump of hair on your face into something fashionable and unique. To help you get started, we’ve had our entire team look into the 10 most popular beard styles for 2019.

So, without further ado, let’s discover them together! Counting down from…

Popularized in the early 2010s, the full – or “Mountain Man’s” – beard is still one of the most common styles when it comes to facial hair. This hairdo has the ability to make you look respectable, it highlights your beard’s features, and is guaranteed to turn a few heads in the process. For all intents and purposes, the mountain man is a style you should at least consider before you move forward to something else.

With a host of positive traits, however, it’s almost natural to wonder how this style barely made it to the article. The truth is that the Mountain Man requires a lot of commitment to work properly. Among other things, your beard should be full enough to perfectly cover the lower part of your face and you’ll need an extra dose of caution when it comes to hygiene as well as trimming. This is why we couldn’t place it any higher on the list!

A favorite among American bikers, musicians, and film stars, the mutton chops owe much of their popularity to artists such as The Beatles’ John Lennon, Motorhead’s Lemmy Kilmister and – more recently – Australian actor Hugh Jackman. This beard style is easily recognized by its peculiar shape, in which hair covers the sides of the face while leaving the chin clean and well maintained.

Although the Mutton Chops have gone through several restyles for much of the late 1900s, the style seems to be slowly disappearing in the 2000s. It is still in use as a fashion statement, but most of its former wearers have since opted for less eccentric solutions.

8. The Faded Shape Up

A tidier version of number #10, the Faded Shape Up is ideal for both businessmen as well as more creative types. Its squared looks and the clean finish convey order, depicting the wearer as someone who has full control of his life and who leaves no details to fate. This is the perfect long beard style for a job interview and also works well if you’re meeting someone for the first time.

Similarly to the mountain man, however, the Faded Shape Up also requires a great deal of attention and maintenance to be effective. Be prepared to trim your beard every other day, never forget to use shampoo and conditioner, and keep an electric razor at hand to ensure the fades are well taken care of no matter how busy you are!

While most people would consider this yet another variant of the Mountain Man, the looks of the Garibaldi are peculiar enough to make what we’re about to see its own beard style. Named after the fabled general that re-united Italy under a single flag in the 1800s, the Garibaldi is essentially a war beard – a U-shaped long cut envisioned with tidiness and practicality in mind.

Not as popular as it used to be, this hairdo is still common among younger men due to the relative easiness with which it can be achieved and the great scenic effect it provides. As long as they can stand the occasional trimming, the Garibaldi might be the perfect solutions for those who’re looking to sport a long, yet clean and respectful-looking beard.

First recorded by European painters as early as the 17th century, the Van Dyke is perhaps one of the most popular beards in existence; or at least it used to be. The style has been revamped over and over in the last 400 years, eventually merging with others to the point where it became almost impossible to recognize as its own independent thing.

The Van Dyke now comes in all shapes and forms – with or without mustaches – making for a relatively adaptable hairdo that can fit an array of different needs. Despite the changes, however, this iconic goatee still adorns the face of many men throughout the world.

5. The Man-bun and Beard

When long hair became a thing in 2010, men quickly realized how unprofessional a long beard would look alongside them. In a matter of hours, even the tidiest of persons could risk resembling a wandering beggar. Some turned to their female companions, learning the way of the bun and adopting it as part of their daily routine in an effort to improve their overall appearance.

By collecting a part of it in a tight knot, this hairstyle allows people to sport long hair on both their heads and faces while still looking respectable. The hairdo swiftly made it to the headlines and – partially thanks to how easy it is to pull off – still enjoys a good amount of popularity eight years later.

There’s a general rule to all of the beard styles we saw until now. Regardless of their length and shape, each of them requires plenty of attention to look great. The stylish Scruff, on the contrary, is the proverbial exception. This free-formed hairdo needs almost no upkeep and still performs admirably well on all types of faces!

Whether you’re living a hectic life or simply hate dealing with constant maintenance when it comes to facial hair, the Stylish Scruff turns out to be the perfect compromise. You’ll still retain a relatively business-like appearance, without having to spend hours in front of the mirror every week.

Minimalist and easy to mold into place, the Chin Strip is perfect for those who are just approaching the world of grooming for the first time. This style only requires a little amount of hair and is suited for men who can’t be bothered with growing a fuller beard as well as younger people whose body is still adjusting to adulthood.

While the hairdo can highlight a person’s features as it is, some decide to pair with a thin mustache line that further marks their facial traits. Regardless, both versions are usually considered a classy addition to a man’s appearance; allowing them to keep enjoying a huge deal of popularity across all ages and demographics.

Sometimes, a thin strip of hair is more than enough to make a difference. This is definitely the case for the Soul-Patch: a low-maintenance hairstyle that embellishes a man’s face without all of the commitment and trouble typical of a bigger beard. While standards establish that a soul-patch should only cover the uppermost part of your chin, defining the exact shape and size is usually left up to the individual wearer, opening the way to all sorts of customizations.

Extremely quick to grow, the whole setup only requires a few weeks from start to finish and needs basically no trimming whatsoever once it’s in place. Although some are hesitant to consider the Soul-Patch a proper beard style, more and more men have opted for it over other solutions in the last few years.

Finally, in a world where some employers still maintain particularly strict regulations regarding facial hair, men who wish to grow a beard have often had to find a compromise. The situation proved to be a particularly fertile ground for the birth of the Designer Stubble, a clean hairdo that allows beard lovers all over the world to express their creativity while barely getting in the way.

Once used only by businessmen and other people whose face was always in the public eye, this hairstyle has quickly spread to become extremely popular; with razor manufacturers and fashion experts releasing an array of products specifically dedicated to it. Today, the style turns out to be the most common choice among bearded men, which is why we recently published a guide on how to achieve the perfect designer stubble in four easy steps.

There are no comments for this post "The Perfect Beard Style For 2019 - Sassy Beard". Be the first to comment...