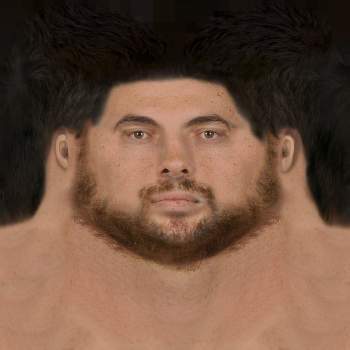 Understanding the maintenance of additive genetic variation under selection remains a core challenge in population genetics [ 1 ]. In the sexual selection literature, this issue underpins the ‘lek paradox’ [ 2 ]. A population under strong sexual selection might be expected to converge on a single ‘most attractive’ phenotype, but attractive traits often show high additive genetic variance [ 3 ]. In understanding the maintenance of genetic variation in attractive traits, it is worth noting that an individual's attractiveness depends not only on their phenotype, but also on the distribution of rivals' phenotypes. Male beard.

Thirty-six men (mean age ± s.d. = 27.08 ± 5.61 years) of European descent were photographed when clean-shaven, with five days of regrowth (light stubble), 10 days of regrowth (heavy stubble) and at least four weeks of untrimmed growth (full beard). Photographs were taken under controlled lighting from 1.5 m and cropped to show only the neck and face ( figure 1 ).

Figure 1. One of the models when clean-shaven, with light stubble, heavy stubble and full beard.

Figure 2. Mean attractiveness ratings (±95% CI) for facial hair within each experimental treatment. Data from the Likert scales were re-scaled for the figure to reflect positive values by adding 4. ***p <.001.

Concordant effects of frequency-dependent preferences among men and women might reflect a domain-general effect of novelty. Frost [ 20 ] suggested the variation in female blond, brown and red hair between European populations spread, geographically, from where they first arose, via negative frequency-dependent preferences for novelty. There is some evidence that men's preferences increase for brown hair when it is rare [ 21 ] and for unfamiliar (i.e. novel) female faces [ 22 ]. However, further studies investigating novelty effects in other traits would be valuable.

As an alternative to negative frequency-dependence, shared preferences for novel and innovative traits might reflect cultural evolutionary effects. Novelty effects, possibly spurred by imitation of influential early adopters, may affect the rise in frequency of new fashions. Interestingly, facial hair fashions may fluctuate in response to surrounding intrasexual competition [ 19 ] and bearded faces are rated as looking older, more masculine and socially dominant than clean-shaven faces [ 14, 15 ]. This suggests that culturally driven perceptions of the novelty of beardedness may influence temporal variation in men's attractiveness and status among peers. Although these processes remain to be more fully explored, negative frequency-dependent cultural mechanisms may have the potential to maintain variation in novel or influential traits within and between populations.

All raw data can be found as electronic supplementary material. Data were collected anonymously and participants were each assigned a code to ensure anonymity. Formal consent included that information collected would be available for publications and presentations at conferences.

There are no comments for this post "Negative frequency-dependent preferences and variation in male facial hair, Biology Letters". Be the first to comment...