Mustache and beard. Top 10 Ducktail Beard Styles to Freshen Up Your Look 2019 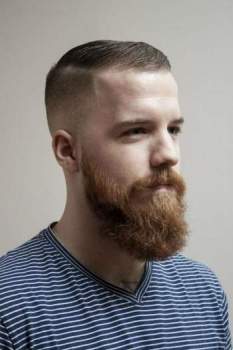 A Beard is the most attractive feature of a man’s face that everyone tends to take notice of initially when they happen to see a guy passing by. It is also one of the most versatile features of a man’s face after their hair that can be styled in multiple ways, such as a ducktail beard in this case. Top beard styles.

The ducktail has been a part of the beard trends since a very long time and a lot of celebrities have also been seen wearing it as their signature looks.

To find out what kinds of ducktail beard styles we have mentioned here, keep on reading further to have an idea of what’s currently hot in this trend.

Men who have a nice and tall structured face can go for this look. Due to the strong facial features, the beard is styled in a round-bottom shape that really softens the face cuts to bring a nice symmetry towards the bottom of the face.

Ducktail beard on a diamond face shape is just the right combo for defining the term “Impeccable”. The beard style blends so well with the face shape that one can’t just look away from the person’s face.

We’ve all seen the famous Hollywood star, Brad Pitt rock this ducktail beard as his signature look, which is partially why it became popular during his time. The ends of the beard are thin and long; somewhat like Captain Jack Sparrow’s beard style.

Men who have a straight and thick growth of beard can easily style this look. All they have to do is just let the beard grow out completely and then ask the barber to just trim the ends of the beard evenly to give it a nice ducktail shape.

Men who love keeping a very long beard can surely keep this ducktail beard on their must-try list. Having a long beard which is not well-trimmed can seem to look like a major put-off when seen by others, so to look neat and groomed, one should get it trimmed in a horseshoe ducktail style.

French beard is the classiest and most popular in beard trends which Is why it also has a similar version called ducktail beard. The difference between both is that, French beard is only present around the lips and chin, whereas the ducktail is a full beard, but the chin area is slightly longer and pointy towards the end.

Being an old aged man does not mean you cannot follow the latest beard trends. In fact, the older a man is, the hotter the beard style is, like ducktail, in this case, which would look better on them.

Men who have a slow or thin growth may keep a thin-edged ducktail beard style. It’s simple and does not require many efforts if you don’t have much time in hand to style.

A bushy or puffy beard can also be trimmed into a nice pompadour ducktail style. Men who have an oblong facial structure can go for this look as it will really help in lifting up those facial bones.

This is a common ducktail beard amongst men who are growing old day by day. White hair appears on the front with darker hair growth on the sides which makes it double-toned. However, if you’re young and want a nice two-tone shade in your beard, then you may always dye your beard with blonde or any shade and on any area of the beard that you like.

Men who want to carry a mature and a strong appealing look can go for a ducktail beard style which has many ways of styling it in. One can either simply just let it grow in its natural state i.e. a white beard or even go for the certain style of trimming the beard, like a horseshoe or a pompadour beard styles depending on one’s preferences, their face shape and of course their beard’s hair texture.

There are no comments for this post "Top 10 Ducktail Beard Styles to Freshen Up Your Look 2019". Be the first to comment...