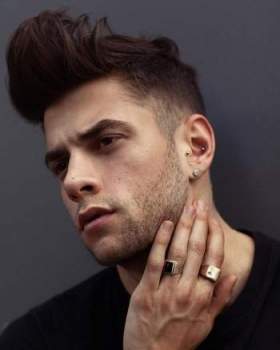 What’s the Difference Between ‘Facial Hair’ and a ‘Beard’?

The word ‘beard’ was used in markedly different ways in the nineteenth century than it is in the twenty-first century. Today, the word ‘beard’ connotes an uninterrupted band of facial hair stretching from ear to ear by way of the chin. Beards can be long or short, full or sparse, worn with or without a moustache. But, so long as they meet the criteria above, they may, with justice, be called beards. In the nineteenth-century, however, the word ‘beard’ could be used to designate anything from what we would call a moustache to a full, untamed wreath of facial hair. Facial hair beard.

Clearly, then, it was not the physiological extent of one’s growth that defined the beard. Instead, nineteenth-century Americans typically defined the word ideologically. The beard, in their eyes, was an idea, not a thing – one that connoted a simultaneously rugged and rational manhood, as opposed to an effete, fashionable urbanity. The Biblical prophet Moses and financier Jay Gould, according to nineteenth-century usage, possessed beards; Nathaniel P. Willis, the dandified editor of the New York Mirror, did not.

This is not to suggest, of course, that the definition of the word ‘beard’ was completely unmoored from the physical configuration of men’s facial hair. Anticipating our own usage, the latter term was most commonly used to refer to full, wreath-like growths meeting under the chin, while words like ‘whiskers’ or ‘mustachios’ were typically reserved for short, partial, and well-manicured styles. But there were numerous exceptions to the usage. Abraham Lincoln’s facial hair, for instance – dubbed “the most famous beard in the history of the world” by popular historian Adam Goodheart – was, in fact, widely referred to as ‘whiskers’ in the months following his decision to grow it. And the word ‘beard,’ as noted previously, could be used to designate as little as a moustache. Thus, the essential definition of the beard resided, not in the physical pattern of grooming it designated, but rather the gendered meanings with which it was associated.

In light of this definition, Groomed for Power argues that the history of the beard and the history of facial hair were not, in the nineteenth century at least, one and the same. Facial hair emerged first and was only gradually transformed into the ideological category of the beard. The first half of the project, therefore, addresses the emergence of ‘facial hair’; the latter half addresses the rise of the ‘beard.’

There are no comments for this post "Facial Hair, Beard Sean Trainor". Be the first to comment...