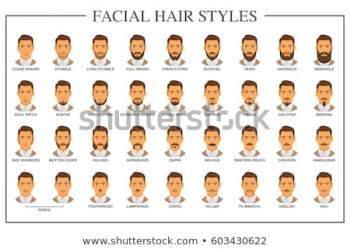 Consider the iris, Tennessee’s state cultivated flower, for a moment. It’s a fascinating flower that has thousands of variations. New types are made all the time by cultivating growth and then grafting them together. The bearded iris, as the name suggests, has a full downward-turned petal drooping from the rest of the flower, suggesting a growth of facial hair. Different types of facial hair styles.

When the trio of Paul Vaughn, Kavon Togrye, and Matt Miller started knocking around the idea of opening a brewery in the Music City, the idea of the flower species made sense.

“For us, it was an interesting concept to hybridize beer styles and cultures, to try putting different things together for a positive result,” says Miller. “And with all the different iris varieties out there, it’s also a helpful tool for naming beers.”

There were already a handful of breweries in the capitol city when Bearded Iris Brewing opened in February 2016. Some were small neighborhood joints, others were better known as producers of reliable, flavorful pale ales, schwarzbiers, and hefeweizens, but the trio saw room for growth and experimentation and looked north to the many hazy and juicy IPAs coming out of New England for inspiration.

“A progressive mindset toward beer culture was the catalyst for us, and we wanted to fill a niche that Tennessee and Nashville beer needed,” says Miller.

In the way visitors to a garden can have a shared experience but also a personal one, Togrye says the goal of the brewery is to have as deep a connection as possible with the fan base, giving people what they want and enjoy.

“We enjoy making different styles,” he says. “I think there’s something super- challenging in marrying what we like to brew with what the ever-changing craft-beer consumers are into at the time. Our approach to beers is to generally make ones that are soft and palatable, beers that you would like to drink a pitcher of, not ones you get burned out on after a pint.”

Miller calls the trio “students of brewing,” although all of them had practical beer or brewing experience prior to founding Bearded Iris. Still, they are enamored of the new avenues hops open up regularly and put both their established recipes and experimental ones through different paces to see what emerges and what could soon become a regular offering.

From regular batches done with a single hops variety to how and when they add hops—hot side, cold side, or dry hopped—they particularly enjoy working with hops they have little familiarity with while still respecting the ingredient and making sure it’s being used to its potential.

“The IPAs and double IPAs are definitely our wheelhouse, as is approaching any new beer we make as an experience and asking ourselves what we want the experience to be,” says Togrye. “Sometimes you need to step out of the beer and think about it the way you would anything that is consumable. What makes it great?”

Looking at the brewery’s tap list and canned offerings, you’ll see a lot of different variations on the hazy IPA, but what stands out about their beers is the nuance that each offers. Like the subtle changes that differentiate one iris from another, the beers here aren’t one-dimensional, and a flight showcases both how each stands on its own and how, ultimately, they all work together.

Homestyle is the brewery’s flagship IPA. Heavily oated and hopped only with Mosaic, this 6 percent ABV beer often presents as more berry-forward than tropical and has been a gateway beer for many drinkers in the area who are unaccustomed to the style or to craft in general.

“What works for the New England style is that it’s super-approachable,” says Togrye. “The question is not ‘do you like craft?’ It’s ‘do you like fruit-forward drinks, such as margaritas or palomas, and things that are citrusy and have a nice fruit presence?’ We can aggregate people from a lot of different areas who are familiar with the flavors of oranges, berries, and tropical fruits and give them a nice experience with this carbonated beverage. These beers have complex aromas and flavors, and that’s what’s great about the style and what gets people interested in having more.”

The trio met over beers. Togrye was a homebrewer, Vaughn had worked in the cellars at breweries such as SweetWater Brewery (Atlanta, Georgia), and Miller had managed beer bars. A common passion brought them together to create the brewery, one that would be true to their vision of what beer could be.

Bearded Iris has grown a lot over the past 3 years. Situated in a 60-year-old manufacturing warehouse in the city’s East Germantown neighborhood, they opened with a two-vessel 15-barrel brewhouse and earlier this year upgraded to a three-vessel 30-barrel brewing system and installed their own canning line. This has helped them have tighter control over their beers that go into the market and to get more into the hands of engaged customers.

Togrye, like the others, is candid when he talks about the current state of the brewing industry and the need to look forward and be ready to adapt. While there is no question that the New England–style IPA is the strongest performer and will likely continue to be so for a while, the brewing team has branched out into different styles, including lagers, imperial stouts, and fruited sours.

“There’s been tremendous response to these beers. Fans are excited to see new stuff from us, and it’s great to have a tap list that is a bit more mixed up,” he says.

The brewery is also moving deeper into barrel-aged beers, says Vaughn. The brewery’s proximity to the Bourbon Trail helps, and there have been a few times where the crew has driven north into Kentucky with an empty trailer to pick up fresh barrels and then quickly turn around with the cargo to immediately fill them with beer.

“It’s a small program,” Vaughn says. “But we do have enough back stock that you should start seeing those bottles a few times a year.”

The brewery’s guiding principle is “cultivate variety.” It’s a message that comes across over and over again and why it’s a good bet that this brewery will continue to grow and flourish, not only in middle-Tennessee but also beyond.

There are no comments for this post "Breakout Brewer: Bearded Iris Brewing, Craft Beer Brewing". Be the first to comment...