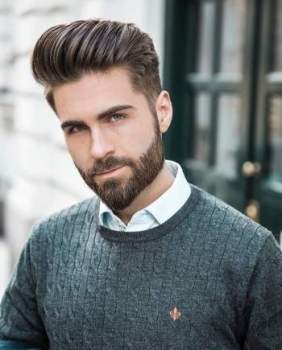 The inaugural Anderson Park Short Story Contest, a competition for middle school students, asked students to write stories that incorporated the park in some way. The winning stories — by Maxwell Kumahor (“Stand Up”) of Buzz Aldrin Middle School; Juniper Shelley (“Walking”) of Glenfield Middle School; and Madeleine Young (“What Happens After Dark: The Monsters of Anderson Park”) of Glenfield — were judged by local authors Judy Newman, president of Scholastic Book Clubs; Sharon Dennis Wyeth; and Nancy Star, and their authors received $75. Suki Grabcheski of Glenfield was given the Olmsted Oak Award for the creative way she integrated Anderson Park into her story.

Reading the stories aloud at Watchung Booksellers on May 5 were Ann Anderson Evans and Charles Loflin. Evans, who organized this contest, is a trustee of Friends of Anderson Park and a descendant of Charles W. and Annie Anderson, who donated the land for the Olmsted-designed park. There were about two dozen entries from all Montclair middle schools, reflecting a wide range of styles.

Madeleine Young’s entry, “What Happens After Dark,” is the third winner to be published by Montclair Local. The final winning entry will be published in a subsequent issue.

Once, in a town called Montclair, there lived two siblings, Jake and Liz. They loved going to the park on the weekends and playing pickup soccer with their friends. One warm Saturday morning, Jake and Liz decided to take a ball to the park.

“OK! Just be back by sunset!” Then Jake and Liz grabbed a ball and jogged over to Anderson Park. They saw two of their friends hanging in the shade under a tree.

“Sup!” they called in unison. Immediately, Liz dropped the ball on the grass and dribbled it to the middle of their makeshift field.

“Same rules as normal. Kick ins. Goalies,” she declared. “And…play!” shouted Tye. Liz booted the ball toward the other goal, and the game kicked into full gear. As the sun traveled across the sky more and more friends joined the game. Soon, the sun was lowering below the horizon. Tired and sweaty, the kids grabbed their bags and started to disperse. As usual, Liz and Jake stayed behind to make sure everyone got home.

“Everyone is good, and no one left anything behind,” Jake reported as the sun disappeared. All of a sudden, they were plunged into darkness. “Uhhh, Liz? Have we ever been here this late?”

“I don’t think so, Jake.” Liz replied. They heard a rustling in the shadows around them.

“Wh…who’s there?” Jake ventured. The rustling increased, and a shadow of a hunched figure emerged.

“Jake, get your phone,” Liz whispered. Jake fumbled for his phone as the figure started to mutter.

“That’s it!” Liz leapt at her brother and wrenched the phone out of his pocket. She flashed it on, both of them holding their breath. Light flooded the space around them, including on an old man with deep wrinkles and a long gray beard.

“Just an old man!” Jake cried. “He could be a murderer for all we care!” Liz sighed loudly and tried for a smile. The man did not smile back. A flicker of worry flashed in his eyes.

“Why are you here?” he questioned.

“We…we stayed a little late. We were just going to leave,” Jake forced out.

“What do you mean?” called Liz.

“Trapped here in an endless night. Try to survive. Find the key. The six tusk bears it,” came the man’s voice. And then Jake’s phone flickered out.

Liz scoffed. “What the heck?! It’s probably some hoax. He can’t fool me,” Liz’s voice echoed through the park. A snarl pierced the silence, making the two siblings shiver with fear.

“Run!” Liz and Jake sprinted across the park, ragged breath cutting through the quiet. Jack looked back and saw a weird rhinoceros with a snail shell bounding after them, saliva dangling in thick blobs off his chin. They reached the walking path, feet slapping on the sidewalk. All of a sudden, when Jake and Liz could feel the breath of the creature on their necks, a sharp squeal cried out in the darkness. The monster stopped, turned, and ran after the noise.

“Agreed.” The siblings walked to the exit of the park, but Jake fell back as he reached the road.

“What is it?” questioned Liz.

“There seems to be some kind of wall here,” replied Jake. Liz frowned and put her hand out over the curb. She recoiled and the air in front of her flickered purple. Jake looked around and above him, and saw the same purple flicker over the whole park.

“Trapped here in an endless night. Try to survive. Find the key,” Liz quoted. “The old man was trying to help us. But what did he mean?”

“He meant,” Jake whispered, “That we are stuck in Anderson Park in a night that will go on forever, almost as if time were stopped. We need to find a key to leave.”

“And survive the monsters,” Liz reminded. Jake and Liz let that sink in. Liz jolted up. “There was something else that the man said. He said,’The six tusk bears it.’ We have to find the monster with six tusks.”

“Well? What are we waiting for?” asked Jake. “Let’s go monster hunting!” The two kids set off into the dark, daunting park, not knowing what was in store for them.

Not much later, a caw pierced through the dark and a shadow covered the siblings. They looked up, and then exchanged a glance of fear, for the indistinct animal that was circling above them had one distinct thing about it. Six sharp tusks extending from the head of the strange, flying creature.

“I guess this is it!” gasped Jake. The monster landed next to them. It was a gorgeous, large creature, with wispy but strong wings that spanned across the park. It was gold and green, and a mysterious light was glinting off the body, making patterns on the grass. It had six pure white tusks protruding from its mouth. And shining out in the dark was a gold key, gripped in the bird’s mouth.

“It’s beautiful!” exclaimed Liz. Jake and Liz stood gazing in awe at the beautiful bird. Jake shook his head. “But where do these creatures come from? How did they get here?”

“Those are questions to be answered later. We need to get that key,” remarked Liz. Jake ran at the creature, and with one slap, was sent flying. Liz took a little more thought into her approach. She threw her soccer ball into a bush off to the side. As expected, the bird turned toward the bush. Liz took the opportunity and jumped onto the monster. The monster reeled, and Liz dangled from a gold plate on the creature. “Jake! Help!”

Jake, still dazed, pulled himself up. He darted out from underneath the reeling monster and aimed for the back, or the blind spot. “Liz! Go for the pressure point on the neck!” Liz nodded and pulled herself up to the head. She kicked the pressure point as hard as she could, and in two seconds, the bird had dropped on the ground and was snoring.

“Second that,” agreed Jake. He stepped up to the mouth and pulled the key out.

“Let’s get out of here,” exclaimed Jake. The two kids ran to the exit of the park. A gold lock glowed at eye level. Jake put the key in the lock, and they watched as a force field fell down around then park. As they stepped out, Liz said, “ Let’s agree to never stay in the park after dark.”

There are no comments for this post "Local Writing,Anderson Park: What Happens After Dark by Madeleine Young - Montclair Local News". Be the first to comment...