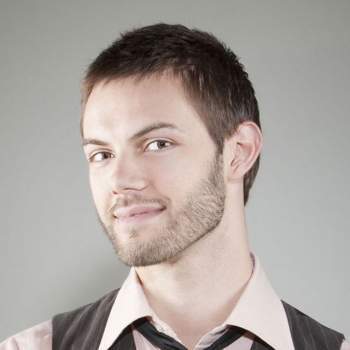 We have scoured the decade to find all of the greatest hair dos from the 90s and have categorized them for you here. If you are planning on getting your 90’s on hair-wise, that is, this is the place for you. We start with the ubiquitous Rachel do which you couldn’t get away from (and, really, who would want to – it was so damn cute). But, we don’t stop there. We explore the ins and outs of 90s facial hair fashions and more. Read on. Mens facial hairstyles.

Let us know what kind of hair you had in the 90s (and better yet, send pics!) by posting it on our 90s 411 Facebook page. The burning questions need answers – like, who had better hair: George Clooney or Dawson?

Boys had their own trends to follow. For the daring fashion crowd there were hair styles with zig zags and Nike ticks shaved into them and inspired by Hip Hop artists and big bleached hair inspired, not by the previous decade’s Wham but by the " pretty fly for a white guy " MC Hammer wannabe Vanilla Ice. Will the real Slim Shady please stand up?

For the everyday boy on the street the look was floppy and dreamy like Dawson of Dawson’s Creek , Joey of Friends , Edward Furlong pre voice breaking in Terminator 2 and Keanu Reeves of…. well practically every 90s movie going! This was the look for anyone wanting to attract a girlfriend rather than make a nineties fashion statement. The kind of hair that made you just ache to lean over and gently move it out of their adorable eyes just before they told you they loved you, gave you a slow sloppy kiss and recited a bit of poetry!

Finally, let us not forget the ubiquitous, ultra-short Caesar style which looked just gorgeous on the more mature man such as George Clooney in ER and Russell Crowe in Gladiator but unfortunately made anyone under the age of thirty look like they were going to steal your purse and mug your neighbors.

Since it involved hair and was on the head generally, we are including an analysis of men’s facial hair trends in the 1990’s as well.

One look for men which was executed with style by some and in the worst way possible by others was the goatee. This devilish style swept through the male chin world of the 1990s and, despite making people look a little like the devil, can still be seen on many chins today. The goatee was equally at home on the band member of a Grunge band (90’s icon Kurt Cobain ) as it was on the lead singer of a Jazz Funk band (remember Jamiroquai and the Godzilla music video?). It was named the goatee because of it’s similarity to a Billy goat beard and was the perfect way to wear a beard without looking like your dad.

For successful attempts at goatees then check out 1990’s Brad Pitt or Johnny Depp. Or, as I mentioned previously – the Devil. For less coveted versions think Colonel Sanders, Lenin or my high school friend Dan who, after his failed attempt at growing a goatee, was never again called "Dan" in his high school career. Due to the unfortunate coarse curly hair which made up his goatee he was forever more called "Pubic Hair Chin!"

For more on 90’s hair accessories, see our stories on Scrunchies and Butterfly Hair Clips.

There are no comments for this post "90 s Hairstyles The Long and Short of 90s Hair". Be the first to comment...