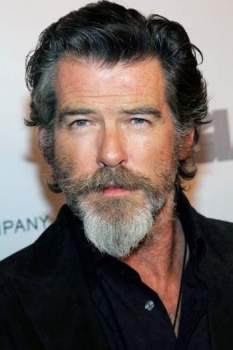 Beards are not just for personal style and leisure anymore. Famous beard styles.

Today, individuals in various professional fields are proving that beards can mean business, and that working a beard can be a contributing factor to how you showcase your own professional style at work.

Today, individuals in various professional fields are proving that beards can mean business, and that working a beard can be a contributing factor to how you showcase your own professional style at work.

Beards can serve as a statement that professionalism does not have to be confined to a singular, clean-cut look.

Professionalism can carry a different image across numerous professions, whether you’re a 9-to-5 employee working an office job, a CEO for a major corporation, a musician, or a tech guy working on a movie set.

Professionalism can carry a different image across numerous professions, whether you’re a 9-to-5 employee working an office job, a CEO for a major corporation, a musician, or a tech guy working on a movie set.

For some, beards play into their image of power. Powerful men throughout history sported their own beards, did they not? Just take a look at the Vikings.

However, as notable as the bold beards of the Vikings may be as historical examples, it may also be inspiring to look as some of the most astute looks of contemporary times.

Below are 10 examples of working beards that exude professionalism within a variety of different business contexts.

Compare your own beard and get some ideas on how to optimize your professional beard!

Not to be confused with the typically-beardless American actor, James Caan, this British-Pakistani entrepreneur has grown a beard to be reckoned with.

If that reckoning involves finding examples of more flattering beards, that is.

Caan’s clean goatee suits his face shape well, and doesn’t do a bit of damage to his professional image.

With a net worth of £95 million, his beard certainly hasn’t done a lick of damage to the success he’s achieved in his career.

To emulate Caan’s peppery-gray goatee, be sure to trim on the regular. As it is a shorter style, too much growth will start to show quickly if you do not keep up with your maintenance regime.

This style vastly differs from the example above as a much longer style that may not be able to be pulled off in all professional settings.

However, this style – termed “the Bandholz” by some – arguably creates its own class of bearded professionalism.

Bandholz’ presence in the bearded community has certainly spread his image, and he serves as another example of a successful bearded professional.

Not everyone may be able to grow such a thick, lengthy beard, but for those with the ability to do so, don’t let arguments of unprofessionalism deter you!

The Bandholz style best suits oval and and triangle-shaped faces, and would likely take at least six months to grow.

Although it’s already a wild style, to keep some semblance of professionalism, you’ll need to be ready to trim.

Once you reach your desired length, you’ll likely not need scissors or razors nearby, but trimming is non-negotiable.

A classic example of a successful bearded professional is Branson. He has gained much attention in the bearded community for his facial hair, and admittedly, it is difficult to think of a Sir Richard Branson without his beard.

While sitting somewhere in-between the trim goatee of Caan and the lengthy beard of Bandholz, Branson’s facial hair is a relatively relaxed, but still professional, style.

But don’t be fooled – you’ll still need to keep up with your beard maintenance regime to maintain even this look without veering into Wild Caveman zone.

Keep your beard comb around for regular use as well. A professional image is best suited by a tangle-free beard.

This English athlete knows how to make facial hair look both edgy and professional.

Similar in length and style to that of Caan’s, Beckham’s trim facial hair can be emulated by letting your beard grow down your neck – but keeping the actual hair close to the skin.

We are not talking Dumbledore length here, though I’m sure Beckham could still find a way to pull off that look without clearing his fan-base as well.

To fully emulate The Beckham, you may also consider growing a trimmed, independent mustache. This look can work for people with any face-shape, so if it is a look that suits your personal style – go for it.

CEO of the popular social media platform, Jack Dorsey understandably can have many eyes on him. And when it comes to his beard, he certainly does not shy away from the attention it gets as part of his image as a tech-savvy professional.

He even has a Twitter account dedicated to his beard, though it has admittedly not been updated in quite some time.

It’s a quirky idea, but as both the CEO of the website and the owner of rather exquisite facial hair, he manages to make it work.

Regular trimming will undoubtedly be necessary to maintain this kind of style showcased by Dorsey.

As there is not significant length to it, there is likely little danger that it will be perceived as particularly unprofessional for work, unless your boss enforces any kind of strict facial hair policies.

Another Richard with another working beard look. While some argue that Parsons’ beard actually makes him look older, and there are critics that think his beard would likely appear to scraggly on those without his professional prestige, Parsons still serves as a notable professional figure with facial hair.

While beards can provide added years of maturity to some faces, this does not always have to be a bad thing. Rather, own the wisdom and power the maturity of your beard can send.

Use the message your facial hair emits to your advantage in professional contexts.

However, if scraggliness is a concern for you in sporting this style, consider investing in some beard oil.

This will help your beard retain a sleek look, in addition to the benefits of comfort it can provide as an aid against beard itch and general discomfort.

He was an elderly elite so perhaps he had more freedom to fully embrace the medium-level bushiness of his white facial hair, but it still arguably contributed to his powerful image.

Even with his beard, Carnegie managed to display an image of elegance and gravitas as a man of significant standing in his time.

So, if you want to go for the Carnegie, experiment with your professional, safe-for-work bushiness. Just be sure not to let it grow too wild.

Regularly trim and resort to the beard oil mentioned earlier if you find yourself experiencing difficulty with beard hair that seems destined to be unruly.

Back to contemporary times, we have the more controversial, professional beard of Dylan Yazel. Controversial in that not every employer may be willing to overlook the length or thickness showcased by Yazel.

Not to mention, while sporting a beard himself as professional, Yazel also works to provide his own contributions to the bearded community.

Stephen Colbert, American Comedian (When He Had Professional Beard)

Remember when Stephen Colbert had a pretty cool beard? Yeah, so do we.

But just because it doesn’t exist anymore doesnt mean it cannot still serve as a suitable style you may wish to sport if you’re not satisfied with shorter styles.

In its time, Colbert’s arctic beard characterized an image of wisdom, maturity, and according to anyone in the bearded community – just a darn good look for him.

Alas, if you want to leave where he left off after he shaved his own beard, the professional world may just be in need of a well-trimmed, Colbert beard to take its place.

One tip on how to achieve this low-key wizard length beard? Eat a nutritious diet. For real, it helps.

Serving as another example of a bearded silver fox in the professional world, Arison can be seen sporting a reliable goatee.

A stable look of his, Arison’s facial hair contributes to the image of success he has portrayed to fellow businessmen and the public for decades.

Not quite reaching wizard status, but still a white beard worth noting, Arison’s professional bearded style is not one to be overlooked if you’re looking to provide concrete examples of bearded men in the working world.

There are no comments for this post "10 Great Examples of Working Beards in the Business World - Working Beards". Be the first to comment...