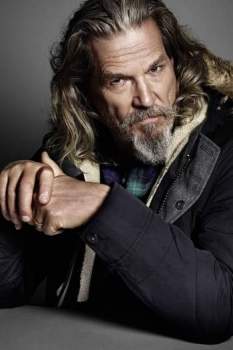 Human history has been filled with glorious beards, from powerful politicians to legendary musicians. If you’re thinking of growing your beard out, take some inspiration from our list of beastly beards, including both trim and pristine to wild and animal like! Famous beard styles.

Sure, he might have looked in need of a brush and some pruning, but when you learn this beard is real, you can’t help but tip your hat to Tom. The ‘desert island’ look could be hard to work towards, unless you’re willing to get stranded away from human life, however Tom Hanks took an entire year off from filming in order to grow the beard, as well as losing 50 pounds. Where was the Oscar?

Normally known for a clean shaven face, Leonardo finally got the Oscar he had been nominated for a scary amount of times. With cleanly shaven cheeks and a carefully styled beard, he played someone out in the wild but actually looked like he was keeping a close eye on the beard presentation. Not quite as long as Tom Hanks lengthy time out of film production, Leonardo spent 6 months growing the facial hair.

He has admitted to actually being a bit of a nerd in real life, but his wife loves it when he puts on the Wolverine costume and grows out the sideburns. He’s naturally gifted with fast growing facial hair, something he says was the same with his father, while the look involves no moustache or hair on the section below his lip.

Part of one of the most famous and loved trilogies, Ian McKellen donned the lengthy beard, both as Gandalf the Grey and as Gandalf the White. Sadly, this beard is completely fake, however his character is supposedly 2000 years old, therefore we can’t expect Ian McKellen to spend that long growing a glorious beard.

He might have become globally famous for his role in Game of Thrones, then enhanced his place in Hollywood with Aquaman, but he was already a known name in TV and cinema. He had starred in Baywatch: Hawaii all the way back in the late 90’s, while he was the star of Conan the Barbarian in 2011. Having a beard for much of his career, you can find an interesting evolution of facial experimentation by going through his beard styles at different ages.

Discovering the theory of evolution felt like a walk in the park (the Galapagos island parks I should mention) for this bearded legend. Revolutionary in his times, he was known to have a very well controlled and full length beard.

The dude abides… A cult classic, the dude certainly knows how to rock a beard. Ok, it’s more of a goatee than a full length beard, but we love hair in all different shapes and sizes. Still with a glorious beard to this day, he has handled the test of time in maintenance.

“This Is Sparta!!”, an iconic scene of the 2000’s, as the King Leonidas shows himself to be a true badass, his beard resembled the general look of the overall cast. They might have been warriors fighting all day, but they must have had time to comb, brush and condition their beard as it looked very well controlled.

If you can grow a beard the length of this economist / political theorist, then I doth my cap. Matching well with the hair leading down to the beard, he certainly had a lengthy beard many can aspire towards. He was also a decent dresser, a man with true style!

The Ragnar Lodbrok Vikings Beard is typed in on Google almost as many times as The Vikings TV Series, what does that say about the desire to grow such a powerful and impactful beard. Caught stroking the beard while pondering his next moves on the show, he was given creative freedom with how he wanted to style his beard for the show, as long as he had a decent length one.

His moustache was so desired in his time that he apparently inspired Hitler to grow his notorious tach, something I’m sure he would want to distance himself from, considering his speech on dictators was written for his distaste of Hitler’s regime. It certainly killed off that look! Moustache’s did have a resurgence in the 80’s, but that was short lived, however Charlie’s look will certainly always be seen as one of the most recognisable looks of modern times.

You shouldn’t complete a list of famous beards without a mention of this illustrious figure of American history, even if we are writing this from across the pond. He was actually the first American president in history to wear a beard, certainly a trend setter! If you want to grow a similar one yourself, research the chinstrap beard.

Sure, he might be a fictional character (I hope no children are reading this article), but fake beards are designed each year in December so people can mimic his lengthy bearded look. In fact, Santaphilia (a fetish for the santa look) seems to be an increasingly common fantasy, so you might even be able to surprise the missus with this look!

How many times must he have fans shouting out “I pity the fool” as they pass him? The thick beard alongside a thin mustache line is commonly impersonated and remains a TV classic. He still dons the look to this day, at the age of 66, ever since his success in the 80’s, which also saw him star in Rocky III in 1982.

Clint Eastwood (The Good, The Bad And The Ugly)

Forever playing a hard-ass in seemingly every movie he gets close to, not many can compare to the iconic The Good, The Bad And The Ugly. His bearded look was recognised throughout the world and his look became synonymous with masculinity. It does help chewing on a cheroot and wearing a cowboy hat.

A modern entry to the list, Kevin Smith became famous for barely saying a word, alongside the much more talkative Jay. While most choose to cut the neckline quite a bit, Kevin has kept the neckline coated with hair throughout virtually the entirety of his acting career.

There are no comments for this post "Famous Beards - Celebrities With Glorious Beards". Be the first to comment...