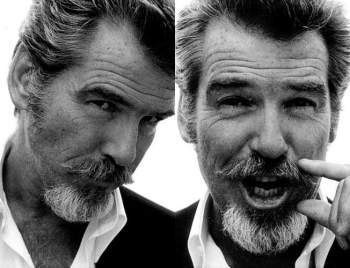 In a country like Zimbabwe, where Muslims are a tiny minority, making up just one percent of the population, the community – along with other minority groups – usually takes what could be deemed as offensive acts by the majority as part of everyday life. Despite constitutional provisions guaranteeing the rights of minorities, in public places, institutions and gatherings it is usually taken for granted that nothing is amiss as long as the majority are happy. Until one Muslim family felt enough was enough and decided to push back.

The resulting legal ruckus – as the usually reclusive Muslim community pursues what it believes are its constitutionally-enshrined rights – has brought to the fore the debate about how far minorities’ rights are respected in the country.

In late 2018, Yusuf Ismail, the teenage son of businessman Mohammed Ismail, was barred from St John’s College, an elite school where he was in Form 5 – a pre-university level in Zimbabwe’s education system. The boy, who is training to be a cleric, had refused to shave his nascent beard in conformity with the school’s regulations which required that all students be clean-shaven.

When his father agreed to the regulations on his son’s behalf when Yusuf enrolled at the school in 2013, they had appeared harmless… until five years later when his son’s beard came through.

Ismail challenged his child’s suspension from school on the basis that he was being discriminated against on the grounds of his religious beliefs. He believes the school regulations are discriminatory and unconstitutional.

In January, the High Court threw the case out, ruling that the parent had freely agreed to the regulations and therefore cannot suddenly seek exemption for his son years down the line. The court said the pupil should abide by the school regulations in order to maintain the private school’s objectives and ethos.

“The Code of Conduct applied to all the learners alike and did not discriminate on any grounds. The school in effect expected every pupil to maintain the ‘St John’s College’ educational and ethical standards as espoused in the Code of Conduct,” said High Court judge, Justice Alphas Chitakunye .

“Even if the application had been a declaration against the provisions in the code of conduct that would not have succeeded as I am of the view that it is for the pupil to conform to school regulations and not to school regulations to conform to individual pupil’s belief and standards no matter how dearly one holds to such beliefs,” the judge added.

This forced Ismail to appeal to the Supreme Court. In early June the court of appeal ruled that the High Court had not erred in rejecting his claim of discrimination on the grounds of faith.

This prompted the businessman to take his case to the Constitutional Court (ConCourt), the highest court in the country, as he seeks to assert his son’s religious rights which he believes are being violated by the school’s continued refusal to allow him to attend classes.

“We have filed the case with the Constitutional Court and I understand that the other side has also filed their own arguments, but we don’t know when the court will sit down to decide on the case,” Ismail’s lawyer, Professor Lovemore Madhuku, who is also a University of Zimbabwe law lecturer, told TRT World in an interview.

This is the latest of the cases of noisy friction between religion and the right to education. In the past, similar cases have had different outcomes depending on whether the school involved was a public or private one, as arguments on discrimination have tended to carry more weight when the institution in question is run and funded by the government.

In 2016, the ConCourt dismissed an application by four Jehovah’s Witness parents of children at an Anglican school who were against the school’s regulation that required every pupil to attend chapel sessions. In this ruling Justice Bharatkumar Patel highlighted that the private school had the right to enforce its rules and that every parent or guardian with a child enrolled at the school was obliged to abide by the institution’s policies.

“Given that this contractually agreed stipulation is intended to apply to all pupils without distinction, I do not think that it is necessarily discriminatory on the grounds of religion,” wrote the judge in the ruling. “Every parent who agrees to this condition does so willingly and actively chooses to abide by it implications. Thus, as I have stated earlier in relation to the right to education, it cannot be said that this mutually agreed condition per se amounts to discriminatory treatment at the point of admission to the school.”

In 2007, the Supreme Court ruled in favour of an eight-year-old Rastafarian schoolboy who had been barred from attending a public school in Harare because of his dreadlocks. The court ruled that the school had violated the boy’s constitutional rights.

In 2014, another public school in the mining town of Mashava was barred from expelling four pupils for wearing long hair after the ConCourt ruled that such a decision was in breach of the girls’ freedom of conscience. The quartet, who were members of a church going by the name End Time Message, had refused to trim their hair citing religious beliefs.

The latest case has divided public opinion as some find the pronouncements by the court to be fair while others see them to be unreasonable.

Arthur Gwagwa, an academic who has just finished doing research on the rights of minorities for the Minority Rights Group said freedom of religion is a public good worth of strongest protection under international law, but there are circumstances where a balancing act has to be made between the rights of an individual and greater public good.

“Under these circumstances, schools have discretionary rights to enforce standards in the interest of order provided such measures are applied equally to all religions, are proportionate and are serving a greater public good that outweigh the banned religious practice,” Gwagwa told TRT World in an interview.

“It’s all a balancing act. For example in Europe and also in Tunisia, a Muslim country, the governments are banning women from wearing jihabs in public on the grounds that they promote schisms in society and oppress women.

“So where a minority practice is in conflict with the need for societal cohesion and integration, the competing interests have to be weighed against each other and it’s a balancing act, but at the end of the day the public institution has a discretion within the provisions of the law when interpreting a qualified right.”

Human rights lawyer, Miriam Majome, said there was need for consistency in the court rulings as in some cases the courts have upheld the religious rights of learners, while in others, they have dismissed them.

“The court ruled that since dreadlocks are an expression of Rastafarianism — a religion, expelling the boy was discriminatory on the grounds of religious faith,” Majome said. “This contradicts the St John’s (College) boy’s ruling in which the High Court saw no discrimination or violation of his religious beliefs. The court told the Muslim boy to go home and shave his beard like all the other boys and return to school with a clean face or stay home with his long beard. The reasons the Muslim teen refused to shave his beard are exactly the same with the little Rastafarian boy, who refused to cut his dreadlocks.”

Ismail initially agreed to give TRT World an interview but later changed his mind.

It is understood that case has the support of a sizeable section of the Muslim community in Zimbabwe. The state-owned Sunday Mail newspaper quoted sources close to the Ismail family as saying the businessman is even prepared to take the case to regional and international courts if the need arises.

“They have appealed to the Constitutional Court and are prepared to take the case to the Africa Centre for Human Rights and the International Court of Justice,” the weekly quoted its sources as saying.

Sajid Umar, an Islamic scholar and qualified judge who is based in Harare said keeping beard by Muslim men was part of their faith. “Within the Islamic faith, Prophet Muhammad (peace be upon him) said: ‘Keep the beard and trim the moustache’,” Umar said in a statement to TRT World.

“For Muslims, the actions and sayings in the life of Prophet Muhammad are considered a model of the life-style that Muslims are obliged to follow. “The Final Prophet (peace be upon Him) is still a perfect example for humanity. Even though He delivered and implemented his message over fourteen hundred years ago, he occupies a special place in the life and conscience of Muslims today, just as he did in the past, and they believe he received and transmitted the last revealed book, the Qur’an.”

There have been many other court cases brought by people of different religious beliefs in Zimbabwe, South Africa and other parts of the world in which their hair, hairstyles and headgear were at the centre of legal wrangling.

There are no comments for this post "Dispute over teenager’s beard puts religious freedom on trial in Zimbabwe - Zimbabwe Situation". Be the first to comment...