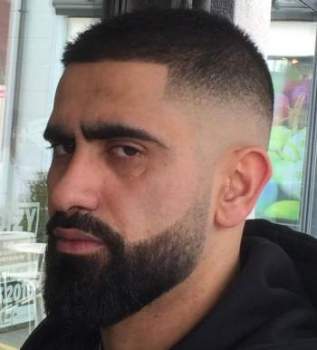 Today, more and more men are paying attention to their personal appearance and style.

True, several trends have come and gone over the years. But the beard is still the one style item that has always been at the center of men’s fashion. New trend beard style.

Men have been growing beards for centuries, but the beard trend really picked up around 2010 in the Western world.

The shapes and styles may have varied, but beards are timeless and offer endless possibilities to express your own individuality.

Facial hair is even more prevalent among younger British men. More than six in ten (61%) 18-39 year olds now say they have some form of facial hair, compared to 43% back in 2011. That definitely tells a story!

No by a long shot! If we are to believe Google Trends. “Beard Styles” gets 60,500 searches per month, on average, and that all “beard style”-related searches (like “facial hair styles” and “beard care”) add up to between 360,000 and 550,000 every month. Now that’s a lot of people interested in beards! Just like us!

Researchers from the University of Queensland in Australia questioned 8,520 women. The results, published in the Journal of Evolutionary Biology, showed a significant link between beardedness and masculinity on attractiveness ratings. Most attractive to women looking for a short-term fling or one-night stand were men with light stubble to heavy stubble. While men with heavy stubble and full beards were the clear winners for women looking for a long-term partner. The more facial hair the better!

So, how to stay on top of the beard game

Don’t be afraid to try a new style

Keep up with the trends. Don’t let your beard look dated or let it look like you’re not paying attention to it anymore. Have a look around you and see where the beard trends are going and give something new a try.

Pay attention to the little things

If people see you sporting a poorly trimmed neckline, or that you simply do not groom your beard at all, then step up your game and make sure your manliness is working for you.

Condition daily with a great beard oil or beard balm

If you do nothing else, you will see significant results from simply giving your beard a bit or moisture every day with a little beard oil or balm that helps control and create style, while keeping those strays in place.

There are no comments for this post "The great beard debate – no more Brave Bearded". Be the first to comment...