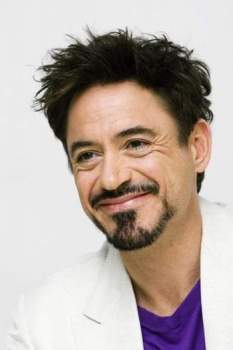 Think you know the difference between a mo-beard and mutton chops? From the utterly groomed to the outright lazy, there’s a veritable feast of facial hair styles out there. Welcome to your crash course on what’s what in the world of face-scaping. Facial styles 2016.

After a day or two of rolling out of bed and not shaving, this is the result. If you happen to get a handle on it, the five o’clock shadow can easily transition into manicured scruff and, perhaps later on, a short beard.

Everyone from investment bankers to boho artists rocks this beard these days. It’s one part gruff and one part groomed, which is precisely why it has such wide appeal.

An overgrown version of a basic beard that bares resemblance to the most common depictions of a beard-blessed Jesus. Religious renderings of this style first appeared during the 6th century and probably should have stayed there.

This identical trio is commonly credited as the singular goatee, but, in fact, it’s in a category of cut all its own. Whatever you choose to call this one, the facial formation is much the same. It’s a moustache meeting up with a goatee and a soul patch — like the Balbo (see below) with all the components connected in holy hair harmony.

The most often misdiagnosed facial hair condition, a goatee is a tuft on the chin similar to the one sported by its barnyard namesake. There’s no moustache or soul patch connecting to it like you may have thought.

The Balbo is basically a goatee and soul patch sharing the same property next door to a lone moustache. It owes its name to the Fascist Italian leader Italo Balbo, who wore the unique style as early as the 1920s.

A small patch of hair just below the lower lip. It rose to fame during the 1950s among African-American men on the jazz circuit and later spread to artists, beatniks and Howie Mandel.

This is hair that extends down the sides of the face but does not form a complete beard. They’re essentially sideburns on steroids that vaguely resemble the shape of the cut of meat for which they are named.

A little (or a lot) of hair grown above the upper lip. And while moustaches come in various lengths (from Charlie Chaplin’s toothbrush to the dynastic Fu Manchu) and thicknesses (from John Waters’ pencil-thin one to Frank Zappa’s chevron), the basic follicular formation remains the same.

Think Hulk Hogan: a moustache that extends vertically down the sides of the mouth to the jawline, creating an upside-down “U” or horseshoe shape. It’s also known as a biker ‘stache because, well, it’s a favorite among the Harley-riding, leather-clad crowd.

If you thought that the handlebar was reserved for Mario and Luigi, think again. This style’s popularity is on the rise thanks to hipsters. Here, the moustache is grown bushy and long enough to achieve upward-pointing ends. Since the pointed ends are achieved by the use of products, such as styling wax, the look is high-maintenance. Depending on your personality, handlebars can be worn large or small, though today’s version veers toward the latter (a modern-day take on the barbershop quartet look).

There are no comments for this post "Facial Hair Styles Every Man Should Know". Be the first to comment...