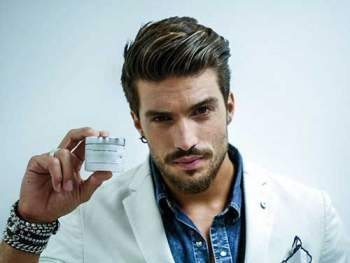 This is a ranking of facial hairstyles for men aged under 50* from worst to best. Anything inside the top three is good and acceptable in modern society, the top eight at a push could work, but anything below that is objectively a terrible thing to have on your face. Sorry. Facial styles 2016.

Genuinely the worst thing you can do to your face, including cutting it off. Sol Campbell would be more welcome as the half time guest at White Hart Lane than anyone sporting this hairy abomination is in civilised society. You’re essentially saying “hit me right here, I deserve it”. The only possible excuse is that your razor broke before you finished shaving, although in that case you should just stay at home and Amazon Prime a new one.

Unless you’re 12, a genocidal dictator, or a real life caricature of a 1970s pimp there is no need for this. If it’s your Movember effort, consider donating money instead. There is however an important caveat that we will discuss when we reach “moustache (bushy)”.

Like other moustache styles, the ‘stache that extends down the sides of the mouth has been tainted by association with both terrible racial stereotyping, and a wrestling hero from the ’90s who took steroids and spied on his daughter on reality TV. If those things are your jam then this may be the style for you, but don’t be surprised if your loved ones stop calling.

Essentially the facial hair equivalent of getting the Nike swoosh shaved into the back of your head: looks awesome and sophisticated to a nine year old, but everyone else thinks that you’re so vain that you think this whole paragraph is about you specifically. Trust me George, it’s not about you.

1. You haven’t shaved for a couple of days, in which case you need to either shave or commit to the beard.

This beats the thin ‘stache on versatility (you can curl up the ends*) and necessitates a moustache comb (which is awesome). However, like its cousin, it loses points for being associated with genocidal dictators. Those bastards.

If you’re the station master of a remote rural railway station where children in Victorian dress are known to roam on the lines, or an eccentric engineer who navigates the waterways of Britain on a narrow boat you built by yourself out of empty cat food tins and string, this is an acceptable aesthetic. If you choose this aesthetic but work in sales, expect a lot of side eye and whispers when you walk past colleagues.

Originally the preserve of lumberjacks and trawlermen, the bushy beard has been brought into the mainstream by hipsters. Not necessarily terrible, but it needs a lot of maintenance to avoid becoming a scruffy snack holder where you store crumbs and other food morsels that it happens to catch. It also seems to be tempting to decorate these beards with seasonal adornments. Don’t do this.

Assuming your facial hair doesn’t grow too fast (see: stubble) and you moisturise, this is a solid choice of facial hair grooming. You never have to worry about getting your face dragged into machinery or having to wear a hairnet on your chin, it shows off your bone structure and looks tidy in every conceivable social situation.

Simple but effective, the neatly trimmed full beard tops the list of things you can grow on your face by virtue of the fact that it shows you have the patience to grow a beard and the wherewithal to keep it neat and tidy. There is a reason that Jeremy Corbyn has won parliamentary beard of the year three times, and it’s because his trimmed beard makes him appear confident and approachable. Be like Corbyn.

There are no comments for this post "Beauty and Mind: The definitive ranking of facial hair styles". Be the first to comment...