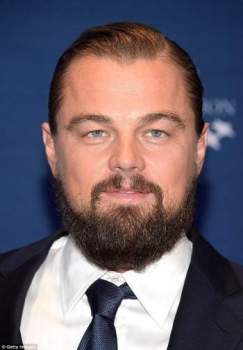 For adolescent and adult males today, beards have become more of a fashion statement. It has become a medium that subtly imparts one’s beliefs, interests, and even motivations. However, throughout history, beards were known not only as a form of decoration but also a symbol of masculinity, social status, and even political views. In fact, the evolution of beard styles has come about thanks to the various political figures and beliefs that ruled different time periods. Today, you can easily recognize beard styles like the goatee, sideburns, and chinstrap. They are popular, but they are certainly not the only beard styles for men that left a huge mark in our minds and history. Round beard styles.

For many ancient civilizations, beards have symbolized crucial elements of life. For Egyptians, they were regarded as a symbol of freedom and power over the nation. This is exactly the reason why pharaohs maintain a beard, often dyed and intricately woven with gold strands. Even statues representing them and queens wore beards to let their positions be known. Of course, for queens, the beard was not real hair but a false, metal beard secured by a ribbon around the head.

For the early Indian, Mesopotamian, and Persian civilizations, it was a matter of social status. That is to say, only high-ranking officials, philosophers, and members of the higher social strata were allowed to keep and grow a beard. There were different beard styles that rose to prominence during those times. Some grew their beards, kept them oiled, and arranged them in layers. Others groomed their beards into a curly tongs style. A few others trimmed and kept them in neat locks and ringlets. Though the styles were diverse, they all allude to being a privileged person.

The significance of having a beard as a sign of virility and wisdom became a more popular trend among the ancient Greek, Celtic, and Roman nations. For these civilizations, there was a focus on more flowing and curly beard styles. Oaths are taken with beards on the line, and shaving them often signifies either a big feat or a big disappointment. There are certain periods of time during the Roman empires when beards were discouraged, but several figures, such as Hadrian, preserved bearded looks in imitation of the Greek fashion.

By the time the Renaissance reached its peak, beard styles became more of a fad. There grew a strong preference for clean, shaved faces, with royalties and high-ranking officials sporting them. Nonetheless, specific beard styles like the Van Dyke, imperial, and square cut thrived. This continued well into the 19th and 20th centuries.

Regardless if we are talking about modern beard styles or ancient beard styles, there are just some that are bound to get the most attention. You can simply view it like this: there are numerous pastries and breads in a bakery, but there are only several pieces that sold out every day. That is the case with beard styles. There are literally thousands of beard styles recorded throughout history, but only a number of them are favored by the masses. These favorite beard styles have gained enough popularity for them to be the standard categories in various competitions such as the annual World Beard and Moustache Championships and the Alpine Beard Competition. In case you are wondering, yes, they are real competitions you can check out and join. So, what are the popular beard and mustache styles we are talking about?

Imperial – attributed to Kaiser Wilhelm I, hair is grown only on the cheeks and upper lip of this beard style. The mustache is integrated and must be pointing upwards but not curled.

Goatee – as the name suggests, this style resembles that of a billy goat. Goatee beard styles vary in length and may or may not include a mustache.

Sideburns – for beard styles 2011 will not be complete without the sideburns. With this style, a shaved chin is necessary while having a mustache is optional.

Soul Patch – probably the most recognizable of French beard styles, soul patch or mouche allows a small patch of facial hair to grow below the lip. It can be worn alone or partnered with a mustache or a goatee.

Fu Manchu – sometimes called the Chinese beard, it is attributed to Sax Rohmer’s fictional character, Dr. Fu Manchu. This style requires a shaved chin and a mustache with a maximum length of 2 cm. The tips are grown and pulled down in this style.

Verdi – named after a master operatic composer, Giuseppe Verdi, this style requires a short, round beard. A styled mustache often accompanies it.

Garibaldi – the longer version of Verdi, this style requires a broad, full, and round beard. It is not meant to exceed 20 cm. and must integrate the mustache. It is a beard style attributed to the Italian hero, Giuseppe Garibaldi.

Long or short, proper beard maintenance is necessary to keep one’s self clean and healthy. After all, unkempt hair is not only deemed a turn-off by many, but can also be a source of irritation and a possible nest for bacteria. You do not need to fuss over your beard several times a day, but you do need to observe the following grooming tips:

Get the Proper Tools – to get a perfect-looking beard, you must have a razor, trimmer, and brush among others. You do not need to get expensive ones, but investing in good quality tools is always preferable because you are not just dealing with any hair but facial hair: you do not want to end up with a scarred face or a wounded neck.

When and How – the frequency of beard trimming and cutting will depend on how you want your beard to look like. You will not need to trim as often if you are aiming for a full beard compared to when you decide on a partial beard. There are also different cutting and trimming methods: you will need to learn exactly how to trim a beard into the style of your choice. Regardless of the beard style, though, it is essential to trim your beard regularly to prevent it from frizzing and developing split ends.

Shampoo, Conditioner, and Oils – a lot of people vouch for the use of shampoo and conditioner to keep beards soft and manageable. Some even believe it is a key on how to grow beard faster. However, the effectiveness of this method heavily rely on you hair’s natural traits. That is why it is better to go with trial and error. You can use shampoo only, a combination of shampoo and conditioner, or conditioner and oil. It is recommended, though, to use a specific combination for at least two to three weeks to get visible results.