How to maintain a beard. Sideburns: Facial Hair With a Personality of Its Own 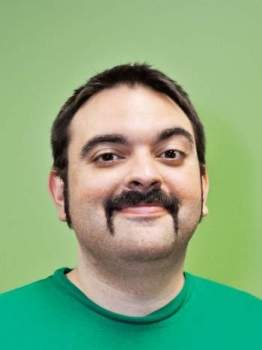 Can you figure out the common factor that unifies Abraham Lincoln, Elvis Presley and Alexander the Great; ie, apart from being personalities from the past? Sideburns and goatee.

If it’s those signature sideburns that came to mind, you’ve nailed it. Sideburns can change the personality of any face and create a stamp of individuality that will be remembered by generations to come. These famous personalities are proof. This facial feature is one that has taken on different forms, flairs and lengths in the past, and continues to fascinate the male gender to this current day and age.

The popularity of sideburns among men goes back to the days of Alexander the Great. There are pictorial depictions of this hero, with sideburns that swayed in the wind as he galloped across the realms he conquered.

After a brief disappearance from faces for a while, the side burn fashion again came into focus in the following centuries. Clubbed with a chinstrap beard, it assumed the form of a facial frame for Abraham Lincoln, the 16th U.S President. Lincoln is just as famous for his unique look created by the flourishing curtain of facial hair he possessed, as he for his role in the Civil War and the Great Emanicipation.

Elvis Presley, the pop legend, is remembered to this day not only for his music, but also for his rebellious, yet stylish look. The exuberant crop of hair that he sported was perfectly balanced by two pillars of dense facial hair on either side of his visage. No Elvis look-alike would look authentic without the addition of those sideburns to his face.

Today, the proportions of sideburns have drastically reduced in density. With modern men choosing to trim down the original mutton-chop look, the coiffure is now compact, but still significant in determining a man’s outlook to fashion.

Perfecting sideburn styles to balance the face has continuously tested the skills of fashionable men through the ages. Gone are the days when little bushes sprouting beside the ears was the trend. Now, the talent lay in refining it till it resembles a clean, straight line. Conservative men choose to have normal one and a half inch width sideburns. Bolder boys may prefer to leave a few uncut short strands, which they slip behind their ears. With tools such as sharp razors and hair trimmers, there is immense scope for drama by creating the perfectly tapered sideburns which add dimension and personality to a face.

Long or short, thick or thin, bushy or sleek, sideburns are here to stay. Unlike the hair on your head, the best thing about sideburns is that, if you don’t like what you have you can always get rid of them and start again from scratch.

There are no comments for this post "Sideburns: Facial Hair With a Personality of Its Own". Be the first to comment...