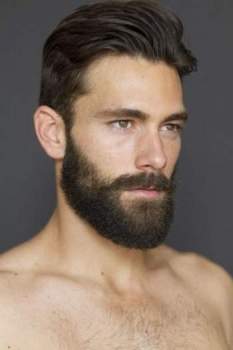 Just last week, the theater world was traumatized by the trailer to the upcoming movie of “Cats,” with its eerie cat-human hybrids. And at the Bankhead Theater in Livermore, Tri-Valley Repertory Theatre went way back to the beginning of composer Andrew Lloyd Webber’s theatrical career with “Joseph and the Amazing Technicolor Dreamcoat,” his early collaboration with lyricist Tim Rice. Some beard styles.

A cheeky retelling of the biblical story of Joseph and his coat of many colors from the Book of Genesis, “Joseph” debuted as a short “cantata” in 1968 but was expanded to a full-length musical in 1974, after the same team’s success with “Jesus Christ Superstar” (which Tri-Valley Rep produced just two years ago).

If you don’t know the biblical tale offhand, Joseph is the favorite son of Jacob, and his 11 jealous brothers sell him off into slavery in Egypt and tell their dad he died. Various reversals of fortune ensue for all concerned.

What’s interesting about “Joseph” today is not how much of a relic of its time it is, a quality the Tri-Valley Rep production embraces with an amusing array of ludicrous 1960s fashions in the peppy Act One closer, “Go, Go, Go, Joseph.” It’s how pleasantly lighthearted it all is.

After the first few saccharine numbers, the show settles into playful pastiches of a multiplicity of styles, from a jazzy strut to country, from cabaret to calypso. The Pharaoh’s song and dance number is full-on Elvis impersonation performed with gusto by Robert Lopez, replete with references to the King’s greatest hits. The large ensemble and the orchestra directed by Sierra Dee handle the various styles with aplomb.

Director Todd Aragon really leans into the musical revue aspect in his staging. Everybody dons cowboy hats for the brothers’ country number faux-lamenting Joseph’s death and berets for their melodramatic pastiche of French ballads (led by Jordan Smith as a haughty Simeon wielding a cigarette holder). It’s all very lively, with animated choreography by Kelly Krauss Cooper, and amusingly goofy.

The show is framed by a Narrator telling the story to a gaggle of modern-day kids of what appears to be a wide variety of ages. Kristen Torkildson exudes a gentle, kindergarten-teacher amiability as the Narrator, who keeps interacting with the story and dancing with its characters.

Romar De Claro is endearingly earnest as the hapless Joseph, a role he also played last year at Oakland’s Woodminster Summer Musicals, just going with the flow, whether it seems to be his downfall or his lucky day. The coat of many colors that brings him such joy and misery is amusingly gaudy, and yet somehow, it works for him. (The costumes are coordinated by producer Kathleen Breedveld, Lisa Danz and Lori Gourdine.)

While Douglas Drake is basically just a walking beard as father Jacob, he has an affable turn as Potiphar, Joseph’s easygoing master, with choreographer Cooper aggressively and unsubtly seductive as Potiphar’s wife.

Like other early Rice-Lloyd Webber musicals (“Evita,” “Jesus Christ Superstar”), “Joseph” displays an obsession with fame. The Narrator sings to Joseph that he “could go far—could become a star,” and the kids’ chorus chimes in, “Could be famous, could be a big success.”

It’s hard to take any of it seriously, and the good news is that we’re not expected to. The tale from the Torah is mostly just used as an excuse for a musical romp with plenty of padding to fill it out to two hours. The show even ends with an almost 10-minute disco “Megamix” of dance versions of most of the major musical numbers from the show. Like Joseph himself, it’s all so good-humored that it can’t help but win you over.

There are no comments for this post "Quirky, cheeky 'Dreamcoat' kicks up fun at Tri-Valley Rep". Be the first to comment...