How to style a beard. Best Beard Styles Of The UFC, The 313 Beard Blog Detroit Grooming Co. 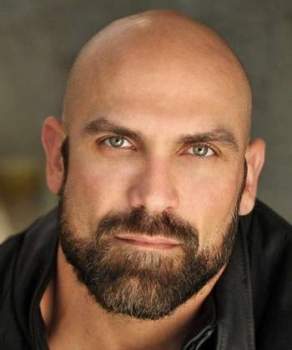 The Ultimate Fighting Championship is known for quite a few different things, but it’s known primarily for some of the most brutal mixed martial arts combat that the FCC has deemed legal to televise. In the just over twenty years since its founding, the UFC has shown its spectators some of the most exhilarating and gruesome fights in the history of organized hand-to-hand combat. We’ve seen teeth go flying, noses flatten, foreheads split wide open, legs snap in half and just about every other horrendous, yet adrenaline numbed injury imaginable. Something that not every UFC fan gives sufficient credence to, however, is the simply tremendous beards that some of these athletes have managed to grow over the course of their violent careers. Here are some of the best beard styles of the UFC …

Although his nickname may lead you to believe that he is one to be trifled with, his unshorn face and torso might make you give pause. Not only does Dave “Pee Wee” Herman have one of the most facially fortifying beards in the octagon, but he also may very well be one of the single hairiest people alive, period.

With Samsonesque might, Michael Chiesa has fought with not only a beard to rival many of the hairiest biblical figures, but a head of hair that seems to very possibly be the source of his impressive prowess in the ring. The story of Samson may have no truer contemporary parallel than Michael Chiesa.

What many opposing fighters consider an unfair advantage due to its density and prominence and would happily see vanish, Johny Hendricks wears proudly as not only a sign of his genetic dominance, but also a protective measure against blows to the jaw. Hendricks’s opponents really have complained and request that he be made to shave the beard, but let’s be honest, would you?

Among professional MMA fighters, Evan Tanner may well have been one of the best, possibly the very best, to ever enter a ring. His untimely demise in 2008 has launched him into a status of lore, and his full and regal beard has helped cement that legendary rank into the minds of every fan who ever saw Tanner fight.

His career began dominating an informal and unregulated backyard boxing circuit, but Kimbo Slice would eventually rise to a celebrity (albeit not a tremendously successful one) that was based primarily in his rock ‘em sock ‘em technique (or lack thereof) and, of course, his mythically awesome beard.

Although Roy “Big Country” Nelson looks more like a WWF wrestler from the early nineties than he does a professional UFC fighter ranked #12 for heavyweights, his unkempt beard and (hopefully) ironic mullet seems to be some part of a persona that has allowed him to become one of the most successful heavyweight fighters to participate in the UFC.

We couldn’t rightly leave out professional UFC referee Mike Beltran, also known as Yosemite Sam, and for good reason. There may be no single human being who possesses such an uncanny similarity to a cherished childhood cartoon character. The two reddish tufts (which is not to discount their enormity) give Beltran the look of a man wielding dual six-shooters.

So, whether these UFC fighters are growing and wearing beards as a form of intimidation or protection or just because they look really, really cool, it seems that there are more than just a few rather impressive beards doing hand-to-hand combat in the modern mixed martial arts arena.

There are no comments for this post "Best Beard Styles Of The UFC, The 313 Beard Blog Detroit Grooming Co.". Be the first to comment...