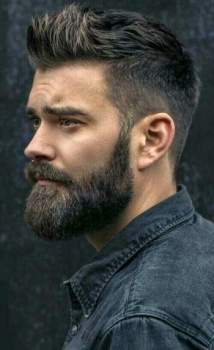 To get dressed, you will need these essentials: Mens facial styles.

Trousers (high-waisted, no cuffs, no pleats, no belt loops) worn with suspenders, not a belt

Additionally, you may wish to add a pocket watch with a chain, a handkerchief, a walking stick, and a second shirt.

Trousers can be well-fitted (straight legged), thick corduroy or wool, plain in color or in checks and plaids. Waistcoats (vests) should overlap your pants at the waist and be squared off at the bottom. There are three basic coat styles that work well for the Dickens Fair: the morning coat, frock coat, and sack coat.

Shirts can be white, colored, or striped. Collars were smaller than those of today and sometimes turned up. Cravats (neck ties) were colorful, and could be tied many different ways. Aprons and shawls (yes, men wore them too) go far to cover up costume sins and are perfect for tradesmen, clerks, and vendors.

The men's basic shirt is similar in almost all respects to the modern white dress shirt. The collar was part of the shirt and was worn turned up, with the cravat tied over it and the collar points sometimes turned down at the corners over the cravat.

Trouser styles vary depending on the decade, though throughout our period the waistlines were high, typically above the navel. In the 1840s they were narrow and tapered inward down to the instep with a strap going under the foot.

In the 1850s the strap disappeared and trousers became a little looser, though still snug to the leg. In the 1860s the "peg-top" trousers, wide at the top and tapering to the ankles, became fashionable. Formal evening trousers were always black, though for formal day wear they were usually a color that contrasted with the coat with white, fawn, and pale gray being the favored colors. For more casual wear (and for the more flamboyant), striped, check, and plaid fabrics were used.

DO NOT wear trousers that are flared, bell-bottomed, cuffed, or have visible pockets in the back.

Waistcoats (today called vests) were often the most colorful or lavishly trimmed part of a gentleman's attire. In the 1840s it was most often single-breasted; the double-breasted style became more popular in the 1850s and 60s.

The waistcoat was cut straight across the bottom and came a little below the natural waistline. It had at least two pockets, sometimes three or four. The collar and lapel were sometimes cut as one, sometimes separate with the usual notch between.

Waistcoats were made of wool (both tweed and plaid), satin, brocade (embroidered or plain), or velvet (often the cut or figured type).

The tail coat was most popular exclusively for evening wear so should be avoided for Dickens Fair, and the sack coat was considered suitable only for informal wear.

All men wore overcoats and capes at night and in inclement weather. Short capes were worn for traveling or country wear. Modern overcoats are very similar to the Victorian model.

Men wore their hair shorter in the mid-century than they had previously. The clean-shaven look of the Regency was out, and moustaches, mutton-chop sideburns, Piccadilly Weepers, full beards, and Van Dykes were the order of the day. Remember that all modern hairstyles and colors must be covered. Consider wearing your hair in a different style or manner. You will be surprised how much it can help you assume your character!

Men usually wore some kind of head covering when out-of-doors. The top hat was the style favored by gentlemen; the derby hat or cloth cap was favored by the lower classes.

Gloves were worn by gentlemen and were wrist-length, buttoned at the wrist, and made of kid or other soft leather.

How to make beard style

Gentlemen carried pocket watches on a chain in a watch pocket in the waistcoat.

Cravats were worn over a gentlemen's turned-up collar.

Pictures/text from Victorian Costuming, Volume I: 1840 to 1865, © Other Times Productions.