Best beard types. How to Grow a Beard Like a Pro, Advice Knowledge 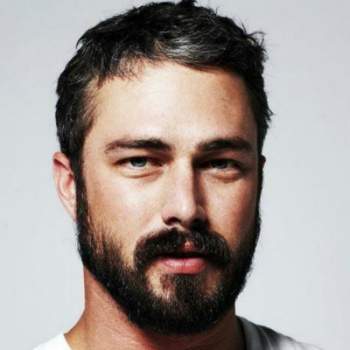 It’s time to be better at bearding than everybody else. Whether that is a gloriously maintained shrub or a neatly trimmed, well-groomed hedge, be the envy of every man who can’t control their rebellious facial hair. We’ve got put a mix together for your very own Miracle-Gro. Styling your beard.

Every man at some point during their lifetime questions the inevitable. How would I look with a beard… just out of curiosity. There are a plethora of men in the media that have brilliantly thick beards that are verging on heroic. Some are even legendary.

It’s important to first think about what sort of beard you’re aiming for. It might be that some styles simply won’t work if your hair doesn’t grow evenly. Generally speaking, your beard should help your face look as oval as possible but the style is entirely up to you.

The average man’s hair grows about 6 inches per year and that rate of growth is the same for facial hair. It does, however, vary between men. It’s an age-old myth that shaving causes hair to grow back thicker. You have genetics to thank for that. But typically, your hair will grow half an inch per month.

There are other factors that determine the growth rate of your hair. Stress, body toxins and the foods you may be eating on a regular basis can have an effect too.

It’s important to keep the hair follicle healthy and reinvigorate the skin. Beard oil and shampoo should be introduced as soon as you see growth. Hair draws oil from the skin and in turn, dries it out. By washing regularly, you’ll remove any dead skin, excess sebum and dirt. If you then add beard oil to the mix, it’ll keep the hair supple and the skin hydrated beneath. That stops your skin from looking tired and keeps hair healthy as it begins the growth process.

There’s nothing worse than beardruff either. That’s right. Beard dandruff. That’s caused when sebum oil from your skin can’t maintain the amount needed to keep the hair hydrated. That’s when your skin dries out too much and causes it to flake into the hair.

Protein can play a big part in beard growth. The outer layer of hair is made from keratin and foods high in protein boost the production and strengthening of keratin. We’re talking food such as nuts, eggs, and meat. The added protein will make your hair stronger and glossier too.

You did it. You’ve grown some face fuzz and now it’s time to start styling it to suit your face (and your desired look) If you’re going for something well groomed and hoping to maintain your beard, now you’ve seen how damn handsome you are with it, you should arm yourself with the right tools for the job.

There’s no need to arm yourself with scissors and run the risk of an uneven snip. Most beard trimmers come with varying blades and some even have extra precision trimmers for a more defined style.

Beard C ombs are compact and designed to easily fit into your pocket. A little windswept? Beard Comb. A particularly flaky Greggs’ steak bake? Beard Comb. The teeth of the comb are made to glide effortlessly through your beard without snagging or pain.

If you’ve managed to grow a thick, long beard then you’d be better placed buying a beard brush. They gently remove debris from hair with softer bristles to eliminate tugging on those tougher beards.

Not all hair grows at the same rate, so you’ll need to keep on top of maintenance as your beard becomes fuller. That includes continuing with shampooing and applying beard oil to condition the hair.

How to do beard style

There’s plenty of ranges and scents out there to shake things up. It’s important to rub oil into the hair and a beard comb or brush can help distribute the oil evenly. Continue to nourish your beard and you’ll end up with a soft, shiny experience. If you don’t keep the hair hydrated, it’ll leave skin dry and form beardruff.

You can also use a beard balm to tame wayward hairs and keep your beard held and styled in place.