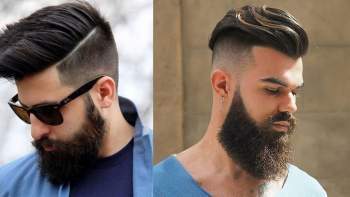 It is rare for an interview to reveal anything truly concrete about a future season, especially so far from the premiere (not even the right year yet, folks — hang in there!) Still, sometimes something slips through, however small a thing it is. This is one such case: in a new interview about everything but Game of Thrones, Nikolaj Coster-Waldau let us know that Jaime will have a new look next time we see him in season eight. New beard look 2016.

In a fun little interview, ShortList asked the Danish actor about everything from life to career, and yet this season eight tidbit came in response to a question about his facial hair preferences, given that he’s currently the face of L’Oréal’s new campaign:

“I’m shooting the last season of Thrones,” Coster-Waldau told ShortList. “Generally speaking, I’m not crazy-hairy, but I have a full beard. Call me Hairy Styles.”

Last time we saw Jaime, in the season seven finale, his facial hair could be defined as “unshaven” or maybe “too worried about my sister killing everyone to bother shaving.” He didn’t have a beard. Of course, he’s had one before, during his time in captivity in seasons two and three, but he’s not had that look (or the Prince Charming hairdo) for many years now, to the disappointment of those of us who prefer Jaime looking scruffy.

Preferences aside, I’d say this makes perfect sense for the character at this point in the story, just as it did in seasons two and three. At the end of season seven, Jaime left his sister, lover, and queen behind (all three of them the same person, unfortunately,) discarded his Lannister armor, and rode off north as a lone knight on the road. Growing a beard makes thematic sense — and it may also be practical, for the sake of anonymity.

So, which is your favorite look? Bearded Jaime or clean-cut Jaime?

There are no comments for this post "Jaime sports a new look in Game of Thrones Season 8, Nikolaj Coster-Waldau reveals, Watchers on the Wall, A Game of Thrones Community for Breaking News, Casting, and Commentary". Be the first to comment...