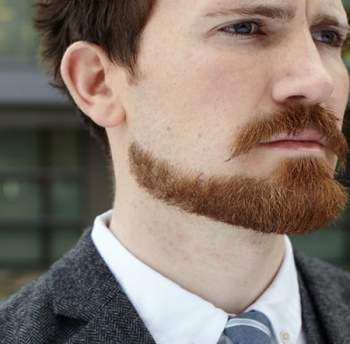 Shaved Head with Beard: Gone are the days when men felt shy with a bald head as now is the time to spice up the things with great styles. A scientific fact says that facial hair grow pretty well in comparison to the hair on the head and this is the key that you can use to unlock one after one amazing bald and beard styles. Beard options.

Additionally, you can introduce variations in the beard styles for the bald head by experimenting with the moustache and the chinstrap. You are free to be as much as creative you can possibly be with the bald and beard styles.

The boldness highlighted by the beard styles for bald headed men is really awesome, and what is more, these beard styles are for men of all ages. If you are already experiencing a receding hair line or is already bald, there are a plethora of choices on how to grow a beard with a bald head.

Step 1 – The first and foremost thing would be to shave off your head completely before choosing a beard style that could be perfectly suited to your baldness and the shape of your face and head. You will also need to change your grooming habits so as to match the baldness.

Step 3 – The best thing would be to allow your facial hair to grow naturally, at least for a month and a half, till you feel uncomfortable due to the itching.

Step 4 – The beard’s neckline should be trimmed at least once a week, which will be somewhere between him under part of your chin and your Adam’s apple. You will also need to trim your facial hair once a week right along the line of your lips.

Step 5 – After about 6 weeks you will find it easier to shape your beard to the desired style.

We have jotted hair 20 cool beard styles for bald men that can make any man stand out in the crowd, only in a positive sense.

When you are almost bald with some hair still left, this is a little perplexing stage because neither you are fully bald nor you have enough hair to make any hairstyle. So in this case, you can add a charm to your personality by keeping a light beard. Believe me or not, it is inarguably a great partial bald beard styles.

Remember Bruce Willis? Yup – famous as David Addison from Moonlighting, an American TV series back in 80s. The American actor is completely bald but his light beard makes him look a complete heartthrob!

The beard is trimmed in a rounded form and paired with a trimmed moustache but there is absolutely no connection between the beard and the moustache and so it is incredible among the other bald head beard styles.

Verdi beard is a style which is basically focused around to keep the moustache distinct from the beard and is inspired from the Giuseppe Verdi an Italian opera composer. When you complement your bald head with the Verdi beard then you are sure to be referred to as the ‘Modern Verdi’.

This beard style demands a little patience, probably a couple of months, when your beard grows up to a certain length. You need to start combing your beard hair, but do not comb it very neat to sustain the shaggy look. Good if you have a bald head otherwise get it shaved to make the most out of it.

Men who do not have much volume in their facial hair can keep the bald head and beard with thin strands. You can almost count the hair in the beard and contrasting white and black strands highlights the perfectness of the look.

For some bald with a beard styles you can instantly spot the difference at just one look. One such style is the curly dark beard with bald head that is sure to suit on every man.

If you have a long beard then you have so many options to experiment with it. Like you can many the two ponies from the beard hair and clip it with fancy accessories and bands. The bald head make the style even more attractive.

Try to recall a wizard. What picture comes to your mind first? A man with a magic wand, a conical cap and a long beard. Isn’t it? So you can also wear a wizard look – only you do not need to wear the conical cap as the bald head will complement the wizard look.

#10: Trimmed beard with an under lip strap:

Modern bald head guys like to keep the length of the beard short and well in shape. To add a charm in the regular ball beard style, you can keep a light moustache with a single strap under the lips. This style is an ideal among the beard styles for bald guys who love to look casual and formal both at the same time.

Bald head and a ginger beard is one of the most popular bald with beard styles these days. A full moustache gives it a finished look and the beard hair can be of any length between short and medium.

If you wish to pair your bald look with a full beard then keep it neat to give to convey a formal tone. Also you need to groom it and trim it regularly to sustain the beauty of the look. A non-groomed beard may look all the more messy.

Scruffiness is a characteristic feature of a rough and tough man. If you are the one rough-tough guy, shave your head and grab scissors to trim your beard to give an attractive scruffy look. Man you are sure going to rock with the new look!

This bald head beard style is absolutely unparallel. You can have an exclusive die-for look by a partially bald head and beard which is sharply trimmed at the cheeks and around the broad under lips strap while short strands left free from the chin. A moustache which sharply twisted ends adds magic to this look.

A classic look can be worn by shaving the head completely as all the magic lies in the beard and the moustache. Shave out the beard from the sides and keep it thicker at the jaw line. A disconnected moustache with short and sharp twisted ends and a thick strap under the lips will make it one of the perfect look for formal or business occasions.

#16: Bald head with a chinstrap beard:

An absolute wow look! Imagine yourself in completes black leather with your new bald and scruffy chinstrap look, don’t you think you are going to break many hearts?

A chinstrap and a bald head can be a great combination if they are worn in a way that they go well together. You cannot do much experiment on such styles so you should better know whether the style you are thinking will suit your face or not. If you choose a designer chinstrap like thin under the ears and thick on the jaw line with a sharp round, then make sure to keep the moustache pencil-thin and connected.

When talked about bald head with beard style, how can one miss to bring in the goatee? Coolest of the cool styles, the goatee has no match when it comes to complement a bald head.

Among the variations, one is to make a pointed beard. Bald head and a beard style go well but if the beard is pointed it adds a star to the style. Shave the head and grow the beard to a medium length. With the help of the scissors cut the hair under the chin to give it a pointed shape and you get an easy to keep and maintain bald –beard style.

This is a villain-inspired style for those who want to exhibit themselves as a tough guy. Also if you do not want to set boundaries to the growth of your beard, let them grow freely to a length and pair it with a shaved head and a big moustache. Great style to try a different look!

Have you planned which beard are you going to pair with your shaved head? One thing before you fantasize about your next look, make sure that you do not suffer with bald patches in beard. Though the cause of the beard bald spots is still unknown but after some medications it can be treated. If you have bald patch on beard, then see a doctor first and once he assures that he has successfully treated it, you can definitely go ahead with incredible bald with beard styles!

There are no comments for this post "Bald with Beard : Best Beard Styles for Men with Bald Heads - AtoZ Hairstyles". Be the first to comment...