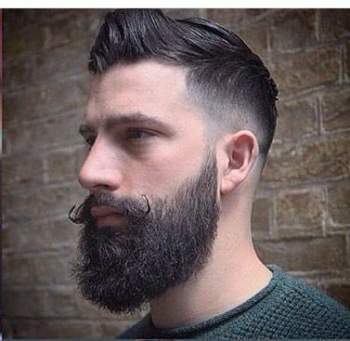 FaceApp is a popular free app that allows you to edit a person’s picture to make him or her look younger or older. Here’s everything you need to know about the app.

Remember FaceApp? The Artificial Intelligence-based photo editing app is trending, once again. Since 2017, when the app went viral the last time, the AI photo editing app has become a lot better with better effects. It has also raced to top 4th grossing app on Google Play Store. If you’re wondering why everyone’s talking about it, here’s what you need to know.

FaceApp uses Artificial Intelligence to predict how you would look when you get old or younger. You can also artificially add beard, mustache style or certain look on the app. You can also swap gender or replace background with a single tap. The AI can also find the best hairstyle and colours for you. Unlike other free apps on Play Store, FaceApp’s AI prediction looks much more realistic.

Download FaceApp from the Play Store. Launch the app and choose the photo you want to edit. The app also gives you the option to edit photos from Facebook or of celebrities. You can also use photos from the gallery on your phone. There’s an in-app camera button to take photos and edit directly from the app.

Once you have selected the photo, you can apply filters appearing at the bottom of the screen. You can choose between smiles, impression, age, beards, hair colour, hair styles, glasses and other effects.

FaceApp is free to download on Google Play Store and Apple App Store. The app, however, comes, a lot of in-app purchases. The developers are offering a premium version of the app as well called “FaceApp Pro.” The premium version gives full size filters, filter updates, mix and match styles, and ad-free experience. The monthly subscription costs Rs 299 whereas an annual package will cost Rs 1,599. For Rs 3,099, you get the premium version forever.

The AI photo editor does a good job at predicting how a person may look old or young. Like early days of once-viral app Prisma, FaceApp is also slow at times and is unable to process the images in one-go. The performance, however, is much better than the early version of the app.

Even as FaceApp has gone viral, people have raised concerns over how the app handles users’ data. Some reports alleged FaceApp uploaded full camera roll to its servers. Top security researchers Baptiste Robert and Will Strafach, however, have given clean chit to the app.

When you modify a photo, they upload this photo, and only this one, to their server 5/n pic.twitter.com/9to38G8HWT

“Using a network traffic analyzer, I tried to replicate the thing people are talking about with FaceApp allegedly uploading your full camera roll to remote servers, but I did not see the reported activity occur,” Strafach said in a tweet.

“HOWEVER: they do appear to upload single images in order to apply the filters server-side. while not as egregious, this is non-obvious and I am sure many folks are not cool with that,” he added.

There are no comments for this post "FaceApp is trending again: All you need to know about the viral AI photo editing app, tech, Hindustan Times". Be the first to comment...