Hair and beard style for man. What is Netflix s Queer Eye About? 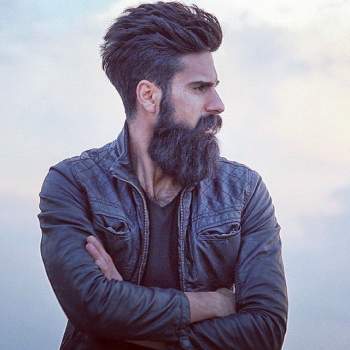 What is Netflix’s ‘Queer Eye’ about?

If you want a show that’s uplifting, fun and a little gay, you’ve come to the right place. Netflix’s Queer Eye has five hosts, each an expert in a different category. Together, they transform “heroes” on the show, making their lives easier, cleaner, healthier, and happier. The series won two Emmy Awards, for “Outstanding Structured Reality Program” and “Outstanding Casting for a Reality Program.”

As a spin-off of the television series Queer Eye for the Straight Guy, Netflix’s version of Queer Eye makes over heroes of all genders and backgrounds, from the liberal mayor of a small town to a teacher who has a deep relationship with her son and her church. You’ll laugh, you’ll cry. It’s a show that’s definitely worth the watch.

Together, they are the Fab Five. Apart, the cast of Netflix’s Queer Eye is just as successful. Jonathan Van Ness, the grooming expert, became Essie’s first male ambassador, later coming out as nonbinary. In his free time, Van Ness practices ice skating and hosts his podcast, Getting Curious with Jonathan Van Ness.

Antoni Porowski, the food and wine expert, owns a restaurant in New York City, The Village Den. He has a cookbook, Antoni In The Kitchen, to be released within the upcoming months. Karamo Brown, the culture expert, premiered his book, Karamo: My Story of Embracing Purpose, Healing, and Hope. Tan France, the fashion expert, is the host of the YouTube series “Dressing Funny.” Additionally, he premiered his book, Naturally Tan . Bobby Berk, the interior design expert, often spends time with his family. He also partners with big brands on social media, including Target and Corian Design.

Recently, all five members of the Netflix series appeared in Taylor Swift’s music video for “You Need To Calm Down,” along with LGBTQ celebrities like RuPaul, Jesse Tyler Ferguson, and Adam Rippon.

Some might even suggest that there’s a sixth member of the Fab Five. During the third season, a furry friend joined the gang at their loft — a lovable bulldog named Bruley. The dog also appeared on the fourth season of Queer Eye, officially becoming the show’s mascot.

“I like to say that I’ve been in kind of a constant state of shock,” said Jonathan Van Ness in an interview with Elle. “All of the validation and positive feedback on the show and myself. And the places that praise comes from, the people, and the institutions, has just been mind-blowing.”

Queer Eye is available for streaming on Netflix.

There are no comments for this post "What is Netflix s Queer Eye About?". Be the first to comment...