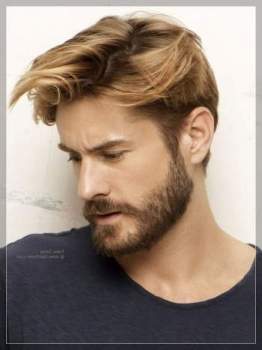 "There is nothing wrong with your television set. Do not attempt to adjust the picture." Facial beard.

Throw a can of Lone Star in Austin and you'll hit a dude with a beard. And not a neatly trimmed, corporate-approved goatee, either, but something far gnarlier. We're talking monster chops, long locks that wisp out midchest, and old-fashioned varieties like that Amish favorite, the old Dutch. You wouldn't even blink. But on TV? More to the point, on a reality series devoted to boys with beards taking those beards around the world on the competitive circuit?

Feel free to double-take here. And maybe pause for giggle.

The Independent Film Channel's Whisker Wars, which premieres Aug. 5, follows the familiar tenets of reality programming –the skillfully crafted story arcs, dramatic tension that builds to commercial breaks, a charismatic cast of good guys and bad guys, underdogs and wild cards –and Executive Producer Thom Beers narrates with the same kind of the-end-is-nigh gravitas he brings to other reality curios such as Lobster Wars and 1000 Ways To Die. In short, the show takes itself dead seriously, which it turns out, is precisely the right attitude to adopt with something so silly seeming.

I said silly seeming. Whisker Wars is in fact an anthropologically fascinating document of a movement expansive enough to count Brooklyn's hoodied hipsters and German septuagenarians in oompah garb among its membership. The international competitive beard circuit melds beauty pageant with testosterone on overdrive, and the show presents a compelling portrait of this little-seen community, highlighting both the camaraderie among its ranks and the schoolgirlish squabbling that threatens to destroy it. In other words, burly dudes acting, well, kind of like princesses. How could it not make for must-see TV?

The series follows Beard Team USA, an organization founded and run by a California beardsman named Phil Olsen. He may be team captain, but Olsen – at least, as framed in the narrative of the three episodes I previewed –has thrown his full support behind one team member, Jack Passion, the impossibly hairy California Nadia Comaneci to Olsen's Béla Károlyi. Passion is a perennial winner on the circuit who spins those wins into money-making endeavors; he makes public appearances and is the author of The Facial Hair Handbook. A lot of his beard competitors don't seem to like him very much, finding his self-promotion crass and his dominance on the circuit somewhat suspect. On the show, Passion comes off as a prat, but maybe it's just by comparison. If Passion is the bad guy, then the good guys, the underdogs, and the wild cards are all rolled up into one rollicking, hard-partying group: the Austin Facial Hair Club.

Over beers at Red River's Mohawk last week, I sat down with four members of Beard Team USA's local chapter, the Austin Facial Hair Club: Miletus Callahan-Barile, Allen Demling, Michael Schrader, and Mohawk owner James Moody. (Two other club members prominently featured on Whisker Wars, founding members Bryan Nelson and Alex LaRoche, couldn't make the interview.) Though they share the common cause of beardedness, they sport idiosyncratic styles: Demling has been nationally recognized for his chest-length beard; Schrader rocks chops; Moody, who doesn't compete, wears a more temperate, compact beard; and Callahan-Barile, after years of experimentation, has settled into a Donegal, what he calls the most "punk rock of all beards."

I ask all the guys for their beard origin stories, becausebeards like these don't just happen on their own. Demling and Schrader both point to cold-weather climates kick-starting their first beards, while Callahan-Barile bounced around facial hair stylings, including one stretch with a "dirty mustache," which proved instructive. "The best thing about a mustache back in those days – 'cause this was about six years ago – girls would tell me how disgusting my mustache was, but then spend an hour and a half talking to me about how disgusting my mustache was. That's when I learned that facial hair has power."

Moody's story is a little different. "Where did I start? It's probably the simplest one ever. It started when I quit my job.

"I was in a big, corporate health care job for a long time, traveling around the United States. They had transferred me to Austin, and the hooks got set in me on things like queso and rock & roll and sleeping in a little bit, which wasn't consistent with the values they had at the company," he laughs. Corporate transferred him to Seattle and offered him a permanent position there, but Moody turned it down on the spot."When that happened, I came back here, turned in my 401(k), bought the Mohawk, and haven't shaved much since.... Austin was the thing that allowed me to be myself again."

Texas could hardly ask for more merrymaking ambassadors. The Austin Facial Hair Club travels the circuit in cowboy hats and with two flags in tow:the state flag and the Battle of Gonzales ("Come and Take It") flag. When they competed at the world championship in Norway this summer, Demling says their battle cry became "Whiskey, cowboy, bang bang." "We would always carry whiskey wherever we went, and we'd share with people. We got to be known as the cowboys with whiskey." A lot of whiskey, it seems: Most of their stories involve a copious amount of drinking, which leads to nights like one in Norway that included a "tickle fight," banishment from a bar, and Demling in a headlock. The cameras, alas, weren't there to document the debauchery, but Moody jokes that somewhere "there may be an iPhone pic of part of a beard and part of a tear."

So, yes, they like to party. That's really how the Austin club formed – as a lark, when hirsute friends heard about the 2008 national competition in Alaska and thought it'd make a fun trip. (The regular roster runs to about a dozen or so, although only half of them are featured in the show's first season.) Whisker Wars' inception came about almost as casually, when Callahan-Barile introduced his filmmaker friends Diane and Jay Bennett to the beard and mustache contest/annual bash that local outfit Misprint magazine throws. While in Austin, the filmmakers shot a teaser and pitched it to IFC, which green-lit the series.

One of the standout moments of the pilot features Callahan-Barile onstage at the 2009 nationals in Oregon, waving the Texas flag in front of thousands of cheering onlookers. "I had a moment of real cosmic consciousness when I screamed 'Texas,'" he tells the camera.

For Demling, competition has tapped his inner showman. "I'm one of the more quiet members.... But when I get up there, it's exciting. It's like a beauty contest for men. You get up there and you're, like, trying to wow the crowd. You're waving the flag, or I'm doing the finger guns.... The first time I did it, it just happened. I was a cowboy; what am I supposed to do?"

I ask Schrader about his performance persona. "I just like to stand up there and be gentlemanly, tip my hat. I like outfit changes." The table erupts in laughter. "For the first year I [competed at Misprint's contest], I wore overalls and I was a New Yankee Workshop stunt double. And then I did a golf theme with an argyle sweater and a bowler hat.... I like doing things all-in. I don't like half-assing it."

Moody sums the philosophy up thusly: "If you're gonna be a bear, you gotta be a grizzly."

Much of the drama of the series rests in the sniping between two sides: the superstar Jack Passion with his champion Phil Olsen in one corner and the Austin Facial Hair Club in the other. The bad blood wasn't manufactured for the show; the Austinites all agree there were "dirty politics" before cameras ever rolled. They get dirtier yet in the series' fourth episode, filmed at Misprint's 5th Annual Beard and Moustache Contest, when the California crew insulted the indisputably epic beard of guest judge Billy Gibbons, the ZZ Top guitarist. The Austin Facial Hair Club took offense.

"Even if you're not from Texas – I'm from Louisiana – you don't insult Billy Gibbons' beard," says Moody. "It's the greatest beard, really worldwide, [it] could be argued."

Now here's where it gets kinda philosophical –prepare to behold the "inner beard" –but what Moody has to say squares entirely with why the men of the Austin Facial Hair Club, with their cosmic consciousness and international outreach program of "Whiskey, cowboy, bang bang" – make such winning TV personalities: the good guys, the underdogs, the wild cards.

"The reason they call [Gibbons' beard] the greatest is not because it's measured to a certain length," Moody continues. "It's not because it's a certain width or a certain color. It's the greatest beard 'cause of who he is and what he's done around the world. So the idea [is], he's got a rad external beard, but even more spectacular internal beard. So when we start measuring people by those things, those guys from California start looking worse and worse, and these guys" – he looks down the table at his bearded brothers – "start looking better and better."

There are no comments for this post "Where the Beards Are: Meet the Austin Facial Hair Club, reality TV's unlikeliest new stars - Screens - The Austin Chronicle". Be the first to comment...