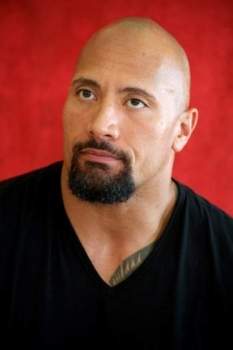 Long before the so-called hipsters of Williamsburg in Brooklyn, New Yorkers began sporting facial hair as part of their look. Full shave style.

Beards have held a spiritual and cultural significance throughout history. From providing warmth for prehistoric man, beards became a status symbol for high-ranking ancient Egyptians. While they opted to shave their heads because of the warm climate, they wore beards to mark their status as "living gods." Pharaohs would also wear a false beard that was made of metal and secured by a ribbon tied over the head. The ancient Greeks, on the other hand, equated beards with manhood. Shaving one's facial hair was regarded as effeminate. Grooming one's beard became an obsession and Spartans reportedly punished those who shaved off parts of their facial hair.

Alexander the Great upended the practice, mandating his men to go clean-shaven. He thought that facial hair would be detrimental in battle, allowing the enemy to pull upon it. He extended this custom from Macedonia to Greece. Some philosophers, however, stood by the beard as a mark of their profession and chose to wear theirs with pride.

During most of the fifteenth and seventeenth centuries, many European men were clean-shaven. Later, Flemish painter Anthony Van Dyke would popularize the look he sported: a mustache and a goatee, with the cheeks clean. To this day, the style is called the Van Dyke.

By the 1850s, the beard regained popularity especially among leaders. Alexander III of Russia had his thick and wild. Napoleon III of France kept his mustache pointy and his goatee protrusive. Frederick III of Germany's was so bushy, it extended to his collarbone.

Then, there were the cultural influencers.

Karl Marx had an iconic thick and messy mop. Charles Dickens had a full mustache above his lip that rolled down into a goatee of thin, irregular strands. Giuseppe Garibaldi sported a full beard some would associate with a lumberjack. And Giuseppe Verdi wore his full but short, appearing to have been closely trimmed so that the beard aligned to the shape of his face.

The early twentieth century, however, didn't favor the overly hirsute. Albert Einstein and Adolf Hitler opted for the mustache—the former, bushy and untamed, the latter severely clipped. In the US, clean-shaven became the norm especially after the First World War, thanks to the Gillette Safety Razor Company, which worked on popularizing the clean look with its line of razors.

The mid-twentieth century countercultures launched the beard back into mainstream consciousness. There were the beatniks in the 50s, stereotyped by the Van Dyke beard, and the hippies of the 60s, who grew theirs long and wild. Musicians of the 60s sporting this look were the latter-day Beatles, Jerry Garcia of Grateful Dead, Jim Morrison of the Doors, and ZZ Top.

By the 80s, the beard lived on in portrayals, which included Anthony Hopkins in Audrey Rose (1977), Lou Ferrigno in Hercules (1983), and Chuck Norris in Invasion U.S.A. (1985). Bruce Willis and George Michael were among those who kickstarted the trend for the five o'clock shadow. Wrestler Hulk Hogan's inverted U mustache became his signature. It was also during this time that New York Islanders of the National Hockey League indulged in superstitious jinx dodging by shaving their heads once they got into the Stanley Cup playoffs. This practice soon became so established that it gave way to the "Beard-a-thon," a campaign in 2009 that had fans growing their playoff beards for charity.

The 90s saw the return of the goatee. Brad Pitt, Johnny Depp, and Kurt Cobain grew goatees like they were boys becoming men.

Within the past decade, the beard has grown even more fashionable. The most popular styles, perhaps, are the two-day shadow and the full beard. Esteemed male icons of this time—from David Beckham, Bradley Cooper, and Tom Ford to Sean Connery, George Clooney, and Jon Hamm—sport these styles, respectvely, with panache.

Indeed, the beard has become a style constant. The trendwatching media may dismiss it as passé, but a September 2014 report by the International Research Institute UK declared that, in Europe, sales of men's grooming products declined by GBP 72 million that year, from sales of GBP 2.2 billion in 2013. A report in the New York Post around that period also said that some men are resorting to facial hair transplants to achieve a beard—a procedure that could cost you USD 8,000 or PHP 356,000.00.

There are no comments for this post "Shaving one s facial hair was once regarded as effeminate, ABS-CBN News". Be the first to comment...