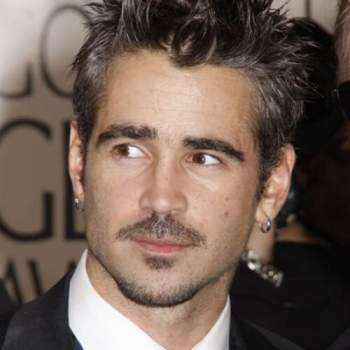 Robert Cox told me on my first night at the Herald that, for the moment, I’d be observing. Learning the ropes, filling in personnel gaps, doing “one thing and another.” In all fairness, he did warn that in a chronically short-handed daily, I would frequently find myself on my own. In those cases, I’d simply have to wing it and hope to hell I got it I never imagined that this would be the case during my second night on the job. Moustache and goatee styles.

Cox himself intercepted me at the entrance to the editorial department. He was frantic. A couple staffers were off and couldn’t be reached, and a couple of others had called in sick. He handed me a pile of local news agency cables in Spanish and said I should get to work translating them ASAP.

It had never occurred to me, when I was badgering the editor for a job, that a significant part of the work at an English-language newspaper in a Spanish-speaking country would involve translating the local news, but that reality soon became graphically clear. Needless to say, I felt totally inadequate.

When I had struggled through my first brief story, I took it to the news editor, Andrew Graham-Yooll, and timidly said, “Mr. Cox told me to bring you this as soon as I was finished translating it.”

Graham-Yooll looked up from his work. He wheezed, muttered “Cheers,” and laid the piece off to the side, before returning to the story that was rolled into his typewriter. I went back to my hammered-to-death-give-it-to-the-new-guy typewriter in a far corner of the room and started struggling to understand a second cable in Spanish.

I could n’t help glancing over GrahamYool l’s way every little bit, to see when he was going to g e t t o m y translation. When he finally did, he paused, then took his long beard with one hand and stroked it, while retrieving a pencil from within the shaggy hair that hung over his ear with the other. I watched him slash, mark out, circle, write, slash, slash, slash, before writing printing instructions at the top.

When he was done, he leaned back far enough to open his middle desk drawer, rifled around in the pencil tray inside, took something out, then got up and walked over to my desk. I smiled. He didn’t. Instead, he leaned over my shoulder and, with his thick index finger, punched a series of ‘aes,’ ‘oes’ and ‘ees’ on the blank page in the roll of my typewriter. Pointing at them he said, “What do you see?”

What I saw was that the centres of the letters that should have been white were blacked out, making it easy to mistake one letter for the other. When I turned to look at him, Andrew held up a longish straight pin that he was pinching like a tiny sword between his thumb and forefinger. In his serene, asthmatic, Alfred Hitchcock voice, he said, “I hereby present you with the Order of the Pin. Clean those out so we can tell which is which.”

As he turned to leave, I addressed the back of his head. “Um, how was the piece?”

“I’m sure it’ll get better,” he said, still walking. And then he added, “It can’t get any worse.”

By that time, Graham-Yooll was, with the exception of Cox, the Herald’s most renowned journalist. Andrew’s orientation was entirely local. He was the paper’s only authentic political beat reporter. Despite being news editor and, as such, often working long into the wee hours of the morning, Andrew spent much of the daytime haunting the corridors of Congress, gathering information from anonymous sources and lunching, drinking and generally socialising with a multitude of representatives from the country’s more than 20 political parties and splinter groups.

Andrew’s personal style wandered somewhere between relaxed and scruffy. It was almost certainly the unrehearsed reflection of the constant state of quasi-fatigue on the brink of which he lived much of the time, in keeping pace with his hectic, unhealthy lifestyle. Although barely 30 at the time, he looked older than his years. The mane of dark hair that hung over his collar and the wild tangle of beard that reached his chest were already tinged here and there with silver. It gave him the air of a younger Aleksandr Solzhenitsyn, although the thick moustache that flowed equally unhindered by scissors or clippers into the beard tended to be more reminiscent of the Castroite Cuban-style revolutionaries that the right-wing Iron Guard of the ruling Peronist movement hated and was already plotting to destroy.

In those paranoid days of unbridled violence between extreme left and extreme right, Andrew’s appearance alone was enough to render him suspect in the eyes of the right-wing authorities rallying around the ageing General Juan Domingo Perón. And his list of contacts would have been sufficient to condemn him to summary execution.

By the time I joined the Herald's staff in 1974, Andrew’s Sunday column, ‘Politics & Labour,’ triggered not infrequent clashes between him and Bob Cox. The latter wasn’t thrilled about what he saw as Andrew’s all too cozy relations with “notorious others” at both extremes of the political spectrum, when right and left were suiting up to do battle for control of the government. Years later, Andrew would tell the BBC, “It’s very hard to admit nowadays: I embraced murderers. They were my friends, and I’m not going to deny it. Yes, I am part of that past.”

This editorial slant was radically different from Cox’s own, which tended toward a rigid, if labourious, objectivity. If the paper had a political line, it was the line of human decency and journalistic objectivity. The Herald, he said, should be “a calm voice in the midst of the storm.” Graham-Yooll’s often dangerous contacts across the political spectrum would, he feared, bring us into close encounters with the mad-dog right, or cause the paper to be branded radically leftist, giving the old-guard authorities an excuse to accuse us of subversion and shut us down.

But despite their different styles, Andrew and Bob were partners in a life-threatening project. Together, they were going where no paper in Argentina — with the exception of Jacobo Timerman’s La Opinión, which would shortly be shut down for good — had ever dared to tread. They were walking through the gates of hell into the back-room butcher shop that authoritarians throughout Argentine history — with the complicity of newspaper owners who, even when there were journalists willing to risk their lives to tell the story, indulged in self-censorship — had hidden from the public eye.

As the new guy who’d had the privilege of joining the Herald staff in its finest hour, I was in awe of them. But I was also certain that they were who I wanted to be.

There are no comments for this post "Buenos Aires Times, Going where no-one dared to tread". Be the first to comment...