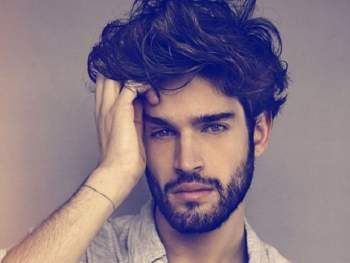 Thinking of growing a beard for the new year or fancy a change from your normal? Then look no further, here is a quick crash course in the top 4 beard styles that are trending in the new year. New beard styles 2016.

First of all, and you all know this was coming. It’s a big hit every year and always will be. I challenge you to find an article about beard styles that doesn’t include the classic Full Set. This is a beard that will never go out of style and the lucky thing is, it suits most, if not all guys.

The full set is almost anything you want it to be. Keep in mind that the full set is the whole hog, moustache, sideburns, beard, everything. What’s brilliant about this style is that its extremely versatile. Work in an office? Keep those cheeks and necks cleanly shaved and shaped. Lumberjack? Throw that trimmer away, you wont be needing that anymore. Feeling European? Incorporate an imperial moustache into that set.

This could quite possibly be the one style that requires the most amount of patience. To achieve this look, just keep growing. Hide your scissors in that safe place you keep forgetting about, you wont need them anyway. Obviously like any style you will go through patches of it being uneven, patchy, and just down right messy. Don’t you worry, we all had to endure the same thing to achieve greatness.

This next style could quite possibly be the most popular style amongst us. The Long Stubble, there is no definitive set of guidelines for this. It is as it says on the tin, just long stubble. This does require some TLC every now again for it to continue being classed as long stubble and not start to slip into the full set territory.

The long stubble was for a long time considered to be the messiest of the beard family. This too is one of the most versatile styles you can go for. If you’re not too sure what you want, or if you don’t want a full on beard, this is probably the option for you. Nowadays, the unkempt look, looks just as good, maybe even better than the precisely trimmed look. Whether you’ve just come off a holiday you forgot to took your razor on, or maybe you fancy trying something new. This could be the one for you.

To achieve this style there’s really very minimal effort for you to put in. Just sit back and relax. After a week or so you’ll start to get an idea of which parts of your face are doing what. Now’s the time you should be thinking about what you want it to look like in the long run. If you don’t have to keep it nicely trimmed for your occupation you get the easy option. If you decide that the defined cheek and neck line life are for you then you’ve got your work cut out for you. Not only will you have to define it every couple of days but you’ll also have to trim the whole thing while you’re at it.

This is a style that will definitely be picking up in 2017. I’ve seen a lot of men attempt this, and I mean a lot. Why’s it going to be big in 2017? Because it doesn’t suit everyone, being unique will be just as much as a fashion in 2017 as it has been this year. Facial hair is no different.

A style that’s been stereo typically designated to the French and the hipsters. The definition of the hipster says it all “Done it before it was popular”. So, by definition, the Imperial will be popular this coming year.

To achieve this, you have to commit to it. Grow out your whiskers until they’re long enough to be sculpted like topiary. Some have said its taken anywhere from weeks to months to achieve this. Then comes the big day, the point of no return. Shave it all of, except your moustache (Obviously). Here’s where your imagination takes its turn on your face. Whilst trying to keep it looking as natural as possible, curl those ends like the Canadian curling team.

The style that has just been picking up in 2016 will power through to 2017 increasing in popularity as it does.

The disconnected beard is essentialy, long to short to long. This style incorporates one of the most popular hair styles at the moment. The advantage of having your hair short on the sides and rather abruptly going back to your full beard, creates definition and outline to your style. There really is no end goal with this style, it can be achieved no matter what you’re currently sporting. It does however suit those who have a thicker, fuller beard as it creates more of a distinction between their shorter, or even shaven sides and their thick and full beard below. That’s not to say that this can’t be achieved with a bit of stubble, it just requires some extra thought.

All in all, 2017 will be another year of yet more bearded faces, and now yours will be ready to take the new year’s style by storm. Until next time, keep experimenting and sculpting, and let us know how it goes. Keep your chin up, but your beard higher.

There are no comments for this post "4 Trending beard styles in 2017 Beardmuscles". Be the first to comment...