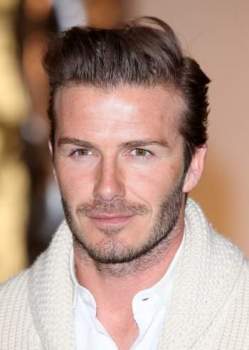 The athletes with the best facial hair are often best known not for their athletic abilities on some of the top football, baseball, basketball and hockey teams but rather for their waxed mustaches, bushy beards or carefully trimmed fu manchus. For these athletes, signature facial hair styles are part of their brands and will be what gets them commercials, promotional appearances and work long after their professional sports careers end. Best facial hair styles.

Many of the top athletes in the National Basketball Association, National Hockey League, National Football League and Major League Baseball change their facial hair from time to time while others have found their trademark look and stuck with it throughout the years.

Lanny McDonald, a former NHL player, was known for his bushy mustache. Jared Allen is known just as much for his mullet and facial hair as he is for playing defensive end for the Minnesota Vikings. MLB player Brian Wilson has constantly turned heads for his impressive choice of clothing, hairstyles and pronounced facial hair. Walt Frazier was a stellar basketball player who sported the mutton chops during his playing days.

For others, facial hair or lack there of was for a good cause or a promotional opportunity. Legendary New York Jets quarterback Joe Namath was easily recognizable for his facial hair before famously shaving it off for a Noxema commercial. Each November, athletes and fans around the world grow mustaches for a good cause as part of the Movember charity movement to benefit men's health.

What athletes have the best facial hair? Whether these athletes have flashy fu manchus, carefully managed goatees, pencil mustaches or anything in between, they all share the love for fun facial hair. Their professional sporting careers may end but their facial hair, be it scary, silly or just iconic, will live on forever.