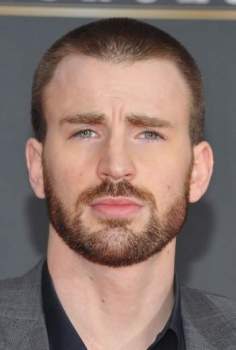 Maybe you noticed the buzz this January about the burly beards adorning the faces of pastors? (Exclusive: Links below!) Facial hair styles 2016.

The glorious spectacle was kicked off by some Church of England priests who are bearing around a hefty mass of facial hair. These wise growths aid their credibility ministering in parishes in Muslim neighborhoods. Why, you ask? In both Eastern Orthodox tradition and in Middle Eastern countries, facial hair is a sign of spiritual wisdom and maturity. Wearing a finely groomed beard is, for these industrious priests, a first step in embodying reconciliation.

(The spiritual status of the brodacious beard has also sometimes been defended in Western Christianities — as attested by the brilliantly titled tract Pro Sacerdotum Barbis, "In Defense of Priestly Beards", presented to Pope Clement VII in the 16th century. Some Reformed Christians have thought beards look spiritual too.)

This last Spring I was in the home stretch preparing for my comprehensive exams for the Ph.D. in Theology I'm working on at Boston College. (Drum roll... I passed!) Perhaps under the felicitously inebriating influence of the above mentioned story — or perhaps just impressed by my friend Cameron's voluminous beard, as well as perhaps by the thought of Rowan Williams' beard-plus-owl-like eyebrows, or the memory of my friend Wilson's comprehensively red Appalaichan Trail beard from way back in '04 — I decided to let my beard Grow Free All Spring.

my friends were publicly supportive,

But, friends, that beard is now gone. You see, I'm no longer taking the Eastern/Anglican Christian advice on clerical fashion. I'm now flirting with the more typical Western Christian advice: It is super-spiritual to shave your beard, and maybe your head too. Do you, dear reader, like to be clean shaven? That's super-spiritual. Want to rock a tonsure? Bonkers.

The 12th century scholar and mystic Hugh of St. Victor, on whose theology I'm preparing to write a dissertation, is exemplary in this regard.

For example, look at Hugh teaching his students at the Abbey of St. Victor in Paris. (The Abbey was destroyed in the French Revolution, sad to say.) Hugh's so clean shaven it's not even funny. But the clean shave isn't all. Look at that haircut. He's got a striking bald spot on top, and an orderly short-cropped thing going around the rim.

You know its cool, because his students all got the same haircut themselves. (Also notice how, fittingly, the students are depicted as smaller than their teacher, Hugh. The befitting and beautiful respect just flows forth.)

But this haircut isn't just fashion advice faux-baptized. Hugh has some heady theological reflections to back it up. The below excerpt is from his magisterial On the Sacraments of the Christian Faith 2.3.1 — the first medieval "summa" of theology. Without further ado:

"The crown indeed signifies kingly dignity. Thus the blessed Apostle Peter says: "You are a chosen generation, a kingly priesthood," (cf. 1 Pet. 2:9). On this account, therefore, the hair of the head of a cleric is cut in the manner of a crown and the very top of the head is made bare from above and is uncovered so as to grant as understood through this that it is assumed unto kingly power in Christ, and that between him and God then there should be no veil, so that with face revealed and with mind pure he may contemplate the glory of his Lord. The top of the head is the top of the mind. The baring of the head signifies the illumination of the mind.

"A cleric indeed should not be ignorant of the secrets of God, because he is His messenger to the people. For the hairs of the head are shorn even to the opening and unveiling of the senses, that is, of the eyes and of the ears, that occupation with earthly things, which are signified b y the hair, may not impede him from hearing and understanding the words of God."

There it is, y'all. The "crown shaped" hairstyle around the bald spot Hugh and his disciples are sporting symbolizes the kingly, "royal" priesthood of believers in Christ. The ordained person inhabits that priesthood in a special way, and shows it by his haircut. And the bald spot represents the top of the mind, the unmediated contact between the holy and wise Christian and the triune God. For Hugh, the visible world — including the person of the pastor — is primed to become a sacrament of the invisible God who manifested himself in Jesus Christ. This is bound up, for Hugh, with the cycle and process of biblical interpretation. All the Sacraments are normed, for Hugh, by Jesus Christ himself. Jesus Christ, in his incarnate life, death and resurrection, is the "sacrament" foreshadowed by all the Old Testament signs and sacraments, and re-presented by all the church's "New Testament" sacraments. The church, in its outward life progressing in history, manifests and shows forth sacramentally that which it repeatedly reads and interprets in Scripture, which is also that which it lovingly and humbly cherishes in its inner life, in the souls of its members.

Are you ready yet to shave that beard and mow yourself a holy bald spot up top?

But perhaps the best thing about going for a clerical cut is that it lets you preemptively opt out of the ever-changing fashions and vanities of this world. You exit the unstable-and-doomed cycle of fashion-chasing, and enter into a liturgical and sacramental cycle of the praise of God. Your haircut becomes almost a visible icon of humanity's eternal enjoyment of the Blessed Trinity. Contemplate the vanity of this-worldly fashion with the aid of this song by Austin, Texas punk-legends-of-yore Missile Command, with the winsome line, "You had the same haircut two years ago, / but I have had so many hairstyles since then."

Once you've recovered from Missile Command, here's a link to the Anglican beard fun from January 2016. Here's another.

And here's an Anglican seminarian from Texas getting into the fun back in 2013. His disclaimer partially clarifies that his post is only partly a joke.

There are no comments for this post "Ministry Matters , Holy fashion advice about pastor hairstyles and beards". Be the first to comment...