Nice beard styles. Shaving Saloons and Beards of the BC Gold Rush 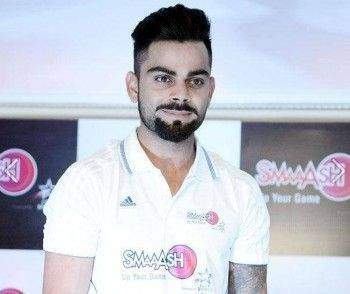 By the mid-1850s, beards were popular. In 1857, a journalist strolled through Boston’s streets, conducting a statistical survey: of the 543 men he tallied, no fewer than 338 had full, bushy beards, while nearly all the rest sported lesser facial hair of various sorts. Only four were “men of the old school, smooth shaven, with the exception of slight tufted promontories jutting down from either ear.” Shaving style 2016.

Doctors encouraged men to grow beards as a means of warding off illness, especially sore throats. It was believed that a thick beard would capture the impurities in the air before they could get inside the body.

Many different styles of beards were seen – flowing beards, stubby beards – as well as many types of moustaches.

The word ‘whiskers’ typically referred not only to bushy cheek growths—to massive sideburns and muttonchops, but also to a ‘wreath beard’ or ‘chin-strap beard’. Check out my portrait of packer Joel Palmer. In the mid 1860s many men imitated the look of the Civil War general, Ambrose Burnside, known for his ‘mutton chop’ style, where whiskers broadened across the cheeks and met in a moustache. Thomas Hibben wore this style of mutton chop. Another style known as ‘Piccadilly Weepers’ – very long, comb-able, pendant whiskers – came into being in the 1860s.

The Royal Engineers who came to British Columbia in 1858 all had long full beards. Many of the gold miners probably didn’t have time to trim their beards either.

From an article printed in the British Colonist “A miner’s experience on the Pacific Slope” Thomas Seward recalled the summer of 1858 when he was digging for gold on the Fraser River:

Our life at this period was so monotonous it is hardly worth describing, one day exactly resembling another. Rising with the sun and cooking our breakfast of beans, boiled over night, making our bread of water and flour in our gold pans, frying, perhaps, a salmon or slice of bacon…Dinner at twelve showed no change of bill of fare, and supper followed in its footsteps with striking fidelity. The life was a hard one, certainly, but I was not unused to it, and as a pretty energetic worker, rocking out sometimes as many as 400 buckets in a day…

On April 21, 1859, it was reported that Queenborough (which later became known as New Westminster) consisted of two wharves, fifteen houses, two restaurants, two bakers, a grocer, and a barbershop.

Some later advertised ‘shaving saloons’. Here is an ad from a Halifax newspaper in 1860:

Fred Paine on Johnson Street (four doors down from Wharf Street) advertised himself as one of the first to shave and cut hair in Victoria. His advertisement which was printed in the British Colonist in 1863 gives his prices which Americans would have been familiar with – 2 bits meant 25 cents and 1 bit was 12.5 cents (12 cents and one half penny).

There are no comments for this post "Shaving Saloons and Beards of the BC Gold Rush". Be the first to comment...