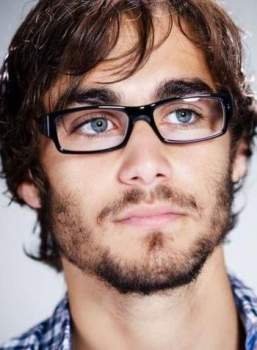 It almost goes without saying, different things look better on different people; tall people should probably avoid stripes on their clothes if they don’t want to appear like Goliath but shorter people could utilise stripes to appear taller. Short beard styles 2016.

The same can be said for hairstyles and the trim of your beard. If you’ve got a square shaped face, it’d be best to avoid elongating its appearance by growing a long beard and having a Marge Simpson haircut.

Speaking of the oblong shaped faces, it’s best to rock a short beard or maybe some chin straps – think Steve from Smash Mouth – it’ll break up the shape of your face and will help give you a more fuller, well-rounded look.

Now onto the smaller, wider face shape. You’re going to want to emphasise parts of your face that takes attention away from the width of it, a goatee would work very well.

Basically, you’re going to want to keep the hair along your cheeks and jawline short but give the hair on your chin more freedom, this will help elongate the appearance of your face. The same can be said of people lucky enough to have strong cheek bones.

If you’ve got a large chin and want to draw attention away from it then it’ll be a good idea to cover that bad boy up but keep your facial hair concentrated; maybe don’t cover up your cheek bones and upper jawline as that’ll help bring out those features.

The opposite of a large chin, I guess, is a large forehead and the best thing to do is the exact opposite to what I’ve just said – you’re going to want an all encompassing beard, this will help balance your face overall by giving the appearance of a bigger jaw.

If, like me, you’ve got an oval face then you’re pretty much okay to do whatever you want but a short beard with defined lines is seemingly the most popular choice – think David Beckham.

There are no comments for this post "Beard Styles for Different Face Shapes". Be the first to comment...