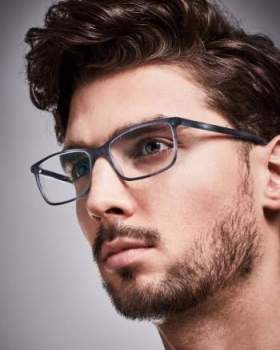 Men with and without beards look quite different. Even the shortest beard can change your look making it more attractive. Original and masculine. However not everyone looks better with beards. Sometimes it’s better to keep the face out of hair and actually the cleaner the face the more beautiful will be the look. But today we are here to represent you the seductive guts in perfect beard styles which make them look even more attractive and engaging. Since we often take examples from stylish celebrities this time you will see short beard styles for 2016 from Hollywood stars. So, let’s get started! Zac Efron Short Beard Style Short beard styles 2016.

With or without beard Zac is always so inspiring. He wears such trendy hairstyles that we hardly notice the rest of changes in his look. However when he appears with short beard styles his female fans go crazy about his super masculine look. He is so attractive and fashionable in this neat beard combined with classy mustaches which complement the short sleek hairstyle. Ian Somerhalder Short Beard Style

When this guy rocks some facial hair his masculinity brings out all its attractiveness. He becomes so engaging for many women and so inspiring for many men. Ian loves to combine his facial hair with medium shaggy hairstyles. This is one of the best matchings for his face shape. You can opt for the trendy shadow beard style to get the same effect. Liam Payne Short Beard Style

It is more than obvious that beard makes Liam look more manly and masculine. He is so cute and young-looking without beards that we always want to see him in this cool shadow beard style. It is the best choice for his face structure and short haircuts. Liam usually combined his short beard styles with short haircuts which are styled into low pompadours. Ryan Gosling Short Beard Style

Though there is no radical change in Ryan’s look when he goes for beard styles but he just enhances his handsomeness due to short beards. They are combined with classy side combed, slicked back or wet-looking hairstyles which draw attention to eyes. Sometimes Ryan wears glasses for a kind of style statement. Theo James Beard Style

I love the way beards change Theo’s look. He is handsome without beards too, but these stylish effect added by beards is just incredible. He is almost unrecognizable with beards. It seems as if this another hot guy. Theo matches his beards with short haircuts and connects facial hair with haircuts time to time. Zayn Malik Beard Style

Zayn Malik is a big fan of short beard styles. He connects them with matching haircuts such as fades, undercuts and medium hairstyles. Here you see him in a fresh fade haircut closer to modern undercuts. Facial hair is beautifully connected with the cool haircut creating a unique and striking style.

Both comments and pings are currently closed.

There are no comments for this post "Celebrity Short Beard Styles for 2016, Men s Hairstyles and Haircuts for 2017". Be the first to comment...