New hair and beard style. The 5 Facial Hair Styles That The Ladies Love the Most, According To Women 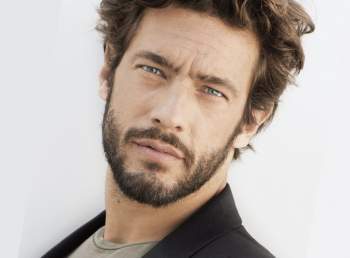 When it comes to facial hair, men and women often have very different ideas about what makes for a good beard. Men tend to care about one thing and one thing only: is it better than the other guy’s? Women, on the other hand, care more about how it’s styled. Facial hair styles how to.

As you can see, this can get confusing on a number of levels, so I asked a few different women what they thought about facial hair, and more importantly, to tell us which facial hair styles are their favorites. Because, really, in the end, isn’t their opinion the only thing that matters here?

According to one of the women I talked to: “I’m not really into heavy beards, but I don’t really want a guy to look like a little boy either.”

But there’s a catch: “I don’t like it when it’s too stubbly, though, because then it gets all scratchy. It should be kind of soft, but not like a full beard or anything.”

Basically, that’s going to be kind of a theme here: maintenance. Regardless of your beard style, you need to keep that thing clean and presentable.

I asked what in the hell that meant, and was told “It’s a whole style, like a little scruff, long hair, a good body.”

Basically, friends, you need to look like Jared Leto I guess. Otherwise you’re probably just going to look like a neckbeard who’s going to feed people to the Sarlacc Pit. Also, you should probably avoid making references like that one.

Rejoice all you bros that rock the full face-bush!

“But it has to look good. Not like Civil War beards.”

Hold off on the rejoicing, fellas.

The key here, it would seem, is similar to the Scruff. It’s part of a larger package, a detail that only accents a specific sort of appearance. You want to look manly, but manly in a way that looks like it could swing an axe all day and then build the perfect campfire for your lakeside picnic at night. That kind of way. Not in an I just sat on the couch all day growing this beard and I sweat when I eat, and there are bugs in my beard and I’m allergic to campfire smoke kind of way.

“A hint of gray looks really good on a man. It shows he’s experienced.”

So if you’ve got a few stray grays peeking out, don’t worry. You can totally rock that more, uh, let’s call it “distinguished” look. Of course, you’re probably not George Clooney, but even George Clooney isn’t really George Clooney these days. The point is, is that things change, and they change quickly, so take advantage of it when you find yourself looking “experienced” but not yet “old.”

In other words, “It just has to be a little gray, though. You don’t want him to look like Santa Claus.”

“I’m not really a fan of facial hair, but if I had to pick I would say a full beard, as long as it’s well-trimmed.”

The idea here seems to be something classic and unpretentious. Our friend Ryan Gosling here is probably the upper limit on that, although, to be honest, that’s probably more about him being Ryan Gosling than anything.

But again, the key here is maintenance. Go ahead and grow that beard, but you’ve got to be on top of maintaining it. It’s only a few lazy days away from Perfect Ideal of Man to Hobo Rat’s Nest.

I’ll leave you with one final piece of advice: “Your character tells the world you are a real man…and your beard is the exclamation point. Take good care of it”.

Words of wisdom we should all remember.

There are no comments for this post "The 5 Facial Hair Styles That The Ladies Love the Most, According To Women". Be the first to comment...