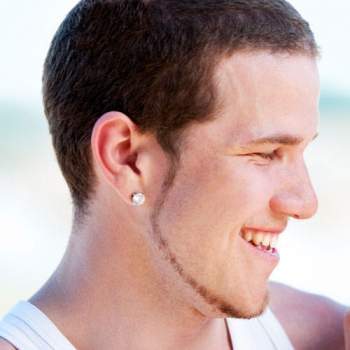 Good news, gentlemen! Beards are back in a serious way. Just kidding, they never went out of style! However, the days of sending your beloved facial hair down the bathroom sink are officially behind you. Awesome facial hair styles.

From the full-on Grizzly Adams to the coifed goatee, beards are on many men’s fashion must-have list.

Below you’ll find some of the most sought-after styles in facial hair. Of course, don’t just limit yourself to just these three. Did you know there are over 50 beard styles for men ? Here as a few, followed by some cool bearded inspiration afterwards.

The Full Beard: This look has many derivations, but the common trait is full coverage from ear to ear and on the chin. Coverage of the upper lip, cheeks and neck often varies depending on the style. Whatever your final cut, this is a perfect look for most face shapes and hair textures due to its versatility.

The Goatee: Popularized in the 90’s, a goatee consists of hair on the chin and the lower lip with the optional inclusion of a mustache on the upper lip. With 90’s fashion and culture making a comeback, you can relive the decade fashionably by sporting several variations of this look, from pointed and professorial to trim and sculpted.

The Stubble: George Michael first started sporting the stubble beard back in the 80’s. The five o’ clock shadow continued to be a hip fashion trend throughout the 90’s accompanied by its fashionable partner in crime, the flannel shirt. In the new millennium, the look has kept its rock star status and pairs well with much more than just flannel and denim.

There are no comments for this post "60 Awesome Beards For Men - Masculine Facial Hair Ideas". Be the first to comment...