Cool mustache and beard styles. How Do You Grow, Groom Style A Full Beard For Your Face Shape? 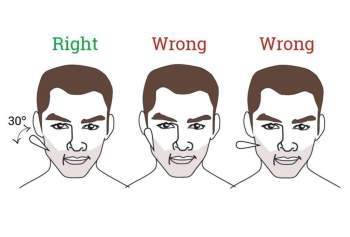 The famed Full beard is the modern icon of virility and masculinity. Epic beards have been a statement of power since the rule of Merovingian kings and Charlemagne’s coronation by the Pope. At the turn of the 21st Century, the Full beard’s renaissance was initially shrugged off as a mere trend. Yet it is here to stay. How do you style a beard.

Unlike its contemporaries, the Full beard is void of any contouring save for neatening the hairline’s natural growth. Growing a Full beard takes commitment, resolve and above all, patience. Nevertheless, the journey is one of self-discovery and the destination is a bold beard that exudes masculinity and self-confidence. However, there are some that don’t see a journey’s end but lavish in the never-ending adventure of surpassing the boundaries of their beard growth.

Unlocking the secrets of beard growth may seem elusive to many men but it is something that every man should at least try once in his lifetime.

How To Grow a Full Beard

To begin, a budding beardsman will only require patience. The first few weeks may seem like a daunting undertaking initially but it is a worthwhile investment.

After two weeks, the hair will grow out into stubble and it will encounter an itchy period. The irritation can be soothed with moisturiser or even the early use of beard oils. As it transitions into a beard, the itchiness will subside but it may appear scruffy. Many men may encounter the overwhelming temptation to remove it at this point. Hold fast and you will overcome it.

The Full Beard One Month In

After about 4 weeks, the beard will begin to take form. It is at this moment that you will be aware of your growth’s surface limitations. The beard may appear somewhat unkempt with odd stray hairs appearing above the cheeks and under the neck. Satisfy your urge and clean up the cheek line and neckline.

If your hairstyle sports a Fade or Undercut, trim the Sideburns to be coherent with the rest. If you are happy with the length, you can trim the rest of the beard to be uniform. However, if you wish to continue growing, content yourself with only tidying the contours. You can learn more about trimming your cheek and necklines via our beard growth page.

At 4 weeks and beyond, a few toiletries such as beard oils and a beard brush become essential. Like head hair, dry beards are much more difficult to manage and become wiry. The oils will nourish the beard and keep it healthy. Brushes specifically for beards have softer and denser bristles, which make them more efficient. Furthermore, the face’s skin is more sensitive than the scalp so a beard brush will be soothing rather than irritating.

Once the Full beard arrives between 2 to 3 months of growth, you will be able to begin styling it by sculpting its form. Scissors provide more control whilst trimmers offer convenience. Concentrate mostly on how the beard appears at the front and to the sides. If the beard is to continue growing, the view from the bottom requires little attention. Perhaps you’re aiming for a year-old beard or “Yeard”?

Genetics are unfortunately a barrier to some who wish to grow a Full beard. They may encounter patchy hair growth with bare areas that reveal skin on the cheeks. Sadly, there are no secret potions that can change this and there is little evidence to support hormonal supplements. Use what you have to your advantage. There are a number of alternative beard styles that can be adopted to enjoy the privileges if beardom.

If you’ve come this far yet realise that the beard simply isn’t for you or you’re not happy with the result, that’s okay. We’re not here to persuade you to grow one. However, just think about it beforehand or consider seeing a barber to work on it. Remember that you made a commitment to get this far. You may even more disappointed once you’re staring at your bare face again after a clean shave.

If you want to learn more about beard growth and care, click here to read our full guide.

The natural style is the most typical and vanilla variant of the Full beard family. However, vanilla certainly does not imply a lack of complexity. Those who claim otherwise have yet to try fresh Madagascan vanilla!

A natural Full beard can be defined as any beard that is at least 1 month old. However, most Full beards that are referred to as such usually consist of at least 3 months of growth.

The natural beard features only subtle styling. The Sideburns can be trimmed slightly to provide a fade between the hair and beard. The moustache usually blends into the rest of the beard with no major sculpting or styling. The beard’s hairline features clean but not overly preened contours to emphasis its natural yet clean appearance.

An important factor in the natural Full beard is a strong emphasis in restrained length. The cheeks, jaw and chin are left to grow long to around 2 inches (5 cm) below the chin. The beard’s length is brushed down and then trimmed and smoothly sculpted to form a rounded and clean finish.

Although it is probably one of the more modest Full beard styles, it is by no means any less bold. Natural full beards are probably the most compliant with workplace regulations. Nevertheless, even if beards are becoming more accepted, conservative environments may require you to run it passed a manager before growing.

Finally, the natural Full beard is also an ideal stepping stone to more elaborate styles. The wearer can enjoy the benefits of growing a beard, garnering the sufficient length and invest the time to learn their growth patterns. When the beard has reached its peak, it will be ready for new ways of styling

The Bandholz owes its name to acclaimed founder of Beardbrand and facial hair pioneer, Eric Bandholz. It’s a remarkable head-turner, which features impressive length and a distinctive style.

Bandholz is said to be growing his beard since 2011 and through the process of self-discovery, left the corporate world to pursue the beardsman’s dream.

A full beard style as rich in volume as it is in texture, the Bandholz requires six month’s growth at the very least as well as considerable patience and dedication. Men seeking to acquire the Bandholz should refrain any trimming aside from the cheek and necklines.

Even the moustache is left to grow naturally, which is then brushed to the sides to add texture. The moustache is a distinctive element, which acts as a primary layer over the beard. It hangs wide and partly conceals the mouth to resemble a Hungarian moustache.

Very little sculpting is undertaken once the beard achieves the desired length. The volume is brushed down into a rounded finish and stray hairs are sparingly trimmed away with scissors. Nevertheless, grooming is absolutely vital to maintain a healthy Bandholz beard.

The beard should be treated like head hair with regular brushing, shampooing and obligatory conditioning. Omitting conditioner will cause the beard to dry out as shampoo strips it of its natural oils. Conditioner provides nourishment and should even be followed by the use of specialised beard oils. After all, even if the Bandholz is an expression of a man’s inner beast, it’s a dignified statement.

Like the Balbo, the Garibaldi is named after a renowned and flamboyant Italian. Giuseppe Garibaldi was a 19th Century military general and politician. He commanded and fought in a number of military campaigns that would eventually lead to the Italian unification. He garnered a reputation at home and abroad after leading guerilla rebellions in South America.

His fame earned a number of homages. English football team Nottingham Forest based their uniform designs on his Redshirt volunteers. Furthermore, the Rugby Six Nations have played for the Giuseppe Garibaldi Trophy since 2007 and one of the UK’s oldest biscuits are named after him.

However, the most fitting tribute is his legendary beard style carrying his name to this day. The Full Garibaldi beard features a combination between short length and high volume. Like the Bandholz, the moustache is grown naturally and brushed to the sides like an English moustache.

Nevertheless, this style requires just as much time to grow as a Natural Full beard. Although shorter in appearance, the volume consists of length at the front compacted into a rounded finish. This is no more than 5 inches (12 cm) long.

Styling should remain natural with tidy growth, which displays a wavy or curly groomed finish. As the hair grows out, it naturally tapers under the jawline, which makes it easier to shape. It can be advantageous to those seeking a bold beard style but don’t want the length of a typical Full beard.

An exception to the rule, the Verdi features a styled moustache disconnected from the rest of the beard. This Full beard style has also distanced itself from its namesake, another Italian, Giuseppe Verdi. Giuseppe Verdi was an Opera composer during the 19th Century who supported the Risorgimento unification movement in his music.

However, unlike Garibaldi, he did not fully integrate himself with popular movements. Instead, he sought to establish himself as a landowner and manage his estate.

Interestingly, Giuseppe Verdi himself a beard style that bore closer resemblance to a Garibaldi. However, the beard style that bears his name has evolved to conceptualise the large whiskers into a stylised English moustache.

The Verdi is shorter at no more than 4 inches (10 cm) in length. Volume is controlled with a neater, upturned and rounded finish that is combed into place. Its distinctive appearance makes it difficult to achieve without regular grooming and trimming to maintain its shape.

Furthermore, the moustache is treated as an entirely separate entity. Therefore, the points between the corner of the mouth and the chin require regular shaving to avoid appearing untidy. The moustache also requires styling and waxing on a daily basis.

Nevertheless, it’s a distinctive and sophisticated beard that exudes intellect and poise. It’s perfect for the forward fashion and avant-garde gentleman who wishes to distinguish himself from his entourage.

Will A Full Beard Suit My Face Shape?

Unlike other facial hair styles and the majority of haircuts, Full beards are generally an exception to the rule of face shapes. Furthermore, with a plethora of styles available to try, a Full beard can be sculpted according to any specific face shape’s requirements. By growing out a voluminous beard, any gentleman can start with a fresh block. They can sculpt it to complement their existing features as well as create new ones.

We’ve listed 7 unique face shapes, which can be used to asses how well a particular style will suit you. To make the most of the following section, identify your face shape beforehand.

There are no comments for this post "How Do You Grow, Groom Style A Full Beard For Your Face Shape?". Be the first to comment...