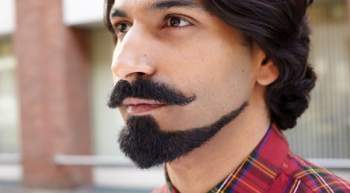 This is a ranking of facial hairstyles for men aged under 50* from worst to best. Anything inside the top three is good and acceptable in modern society, the top eight at a push could work, but anything below that is objectively a terrible thing to have on your face. Sorry. Show me beard styles.

Simple but effective, the neatly trimmed full beard tops the list of things you can grow on your face by virtue of the fact that it shows you have the patience to grow a beard and the wherewithal to keep it neat and tidy. There is a reason that Jeremy Corbyn has won parliamentary beard of the year three times, and it's because his trimmed beard makes him appear confident and approachable. Be like Corbyn.

There are no comments for this post "The definitive ranking of facial hair styles,". Be the first to comment...