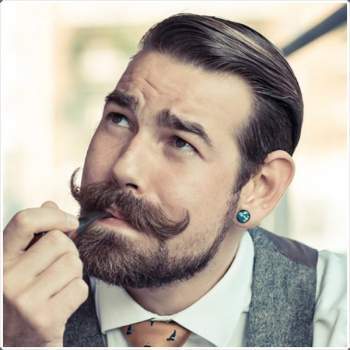 performers the WWE has ever had?

There have been several contenders for the right to be called the Greatest of All Time (GOAT) inside the WWE ring. “The Immortal” Hulk Hogan, handpicked by Vince McMahon to be the WWE’s national showpiece attraction because of his name and reputation, was perhaps the first ever larger-than-life WWE “Superhero”, whose presence transcended the squared circle and made him a fixture of mainstream media in the Eighties.

Dwayne “The Rock” Johnson’s incredible skill on the microphone and his electrifying charisma gave a huge fillip to the WWE during the “Attitude Era” and earned him his big break into Hollywood, where after years of ever-increasing success, he is now officially the highest-paid actor of all time. “Stone Cold” Steve Austin, the outspoken blue-collar champion of the WWE hardcore fanbase, was an incredible draw in the WWE during the Attitude Era who received red-hot reactions due to his anti-hero persona and charismatic promos and could back it up with solid wrestling skills inside the squared circle.

The Undertaker would perhaps get the award for the greatest supernatural character the WWE has ever produced, with his spine-tingling Gothic entrance, the legendary aura he created for himself and the unbelievable respect he earned among his peers as being one of the most mature, level-headed human beings in the business. But if we’re limiting ourselves to the best technical wrestlers in the history of WWE who were also the complete package as sports entertainers, it is difficult to look past the one-and-only “Heartbreak Kid” (HBK); Shawn Michaels.

Shawn Michaels is perhaps the greatest all-round performer the WWE has ever seen. Professional wrestling has become a mixture of several different roles; WWE Superstars have to fuse the skillsets of actors, comedians, motivational mic speakers, powerlifters and acrobats, all into one brilliant package that can entertain the audience in a plethora of ways depending on the situation.

Shawn Michaels, according to several respected judges of talent, has been the closest thing WWE has ever had to the perfect pro-wrestling performer; he could be hilarious and charismatic on the microphone (his time with DX is a great example), he was surprisingly strong for his relatively small size, and he was an incredible high-flying acrobat who routinely created Top 10 moments at the events he participated in because of the scary spots and bumps he was willing to put his body through.

There is perhaps no other wrestler in the history of the business who has had so many incredible 5-Star Matches that it is such an impossible task to narrow his career down to his Top 10 Bouts; to do so would be a grave injustice to the whole body of stellar work that Michaels was able to showcase during his time in the WWE.

Michaels’ flair for drama and his ability to sell his moves meant he could have an instant classic with nearly any member of the WWE roster, and that made him worth his weight in gold as the go-to company man for main events. In the biggest moments, and on the biggest stage, Shawn Michaels was the man who would rise to the occasion.

His “Mr WrestleMania” moniker was a testament to his ability to save his best for the biggest moments of all, and his was routinely the show-stealing match that everyone spoke about at the end of every WrestleMania. Michaels entertained, amazed and inspired a whole generation of pro wrestling fans in ways that no one had ever done before, and for that, he deserves to be considered WWE’s greatest all-round performer of all time.

Most WWE fans believed after HBK’s retirement at WrestleMania 26 that they would never get to see another performer enter the WWE who would match the sheer skill and 5-Star ability that Shawn Michaels displayed. His retirement at the hands of none other than the Undertaker truly felt like the end of an era in WWE, and fans were understandably emotional at the prospect that they would never see another of his ilk ever again.

Ever since AJ Styles made his WWE debut to an incredible reception at the Royal Rumble 2016, the WWE Universe has been treated to nothing less than all-round show-stopping ability from the Gainesville, Georgia native. Styles has gone from strength to strength during his time in the WWE, enjoying high-profile feuds with some of the best in the business, such as Chris Jericho, Roman Reigns, John Cena, Kevin Owens, Shinsuke Nakamura and now Samoa Joe.

Despite being given a pretty bad booking for Wrestlemania 33 by having to feud with a very limited Shane McMahon, he managed to put McMahon on top and turn the match into an exciting, entertaining contest filled with brawling, aerial wrestling and submission grappling, proving that he knew how to enhance inferior talent and make the most of what he was given. Styles had one of the best “rookie” years ever seen in the WWE’s modern era and has now gone on to become the face of WWE’s Smackdown Live brand.

There are so many little things about AJ Styles that catch the eye and reinforce the belief that he’s a special, special wrestler. His “soccer-mom” long-locked hairstyle was initially a point of ridicule inside the WWE Locker Room, with The New Day even memorably making reference to it during a promo before a singles match between Styles and Kofi Kingston.

But Styles pulls the look off very well, so much so that it’s a major part of his appeal now, and together with his close-cropped beard, his sharp, cool-looking in-ring attire and even his immaculate dressing sense outside the ring, he gives the impression of someone supremely confident in his looks, his abilities and his place in the WWE.

Styles has also done a good job in fostering his own personal brand within the WWE; a must in today's marketing & social media oriented age of pro-wrestling. His entrance music sounds excellent, has that intangible “special” feel to it, and seems to fit his personality very well.

His use of a rich, deep shade of blue as the background colour for most of his accessories, gear and branding make him stand out from several of the other bland character designs in WWE today. His nickname “The Phenomenal” rolls off the tongue nicely, is sufficiently grandiose and goes well with his own name; making it a true pleasure to mimic the in-ring announcer and say “The Phenomenal: A - J - Styles!”.

Styles was never really known for being a charismatic mic-worker during his time on the independent circuit. He was more of a get-straight-to-it kind of character that was primarily interested in the wrestling aspect of the business. But his time in the WWE has coincided with increased exposure on the microphone and a surprisingly good level of skill with his promos.

His Southern accent might have been seen by some as a liability to his ambition of wanting to be a top WWE Superstar, but like every other unique quirk about his personality, he’s managed to make it work for him. He has also tried to imbue his increasingly confident and cocky personality into his mic-work and has generally received excellent reactions from the WWE Universe because of his aura and the level of credibility he brings to his character.

Overall, his promos are solid, if not spectacular, and they have been perhaps the most-improved aspect of AJ Styles as a pro-wrestler since he began his WWE career, when most wrestling fans expected him to be a pure wrestling workhorse for the company.

And that brings us to the last and most important part of Styles’ claim to fame as one of the all-time greats, his wrestling. Granted, a lack of technical wrestling skills have never really been an impediment to becoming a main-event player in the WWE; think Hulk Hogan, The Rock, John Cena and Roman Reigns.

But with wrestling audiences not as gullible as they once were and willing to voice their displeasure against “undeserving” performers being handed opportunities, the best “wrestlers” in the WWE will always receive the appreciation and the universal respect of the hardcore pro-wrestling fanbase. And in the WWE today, that undoubtedly is AJ Styles.

Styles wrestles a hybrid style that draws influences from both traditional mat-based grappling as well as the risky, high-flying school of wrestling that has become so popular among the new generation of WWE performers.

For a man who measures 5’11’’/ 218 lbs at the age of 41, Styles hits surprisingly hard and seems a good deal stronger than he should be, in addition to being incredibly quick and agile with his movements. His offensive moves are crisp and smooth, which speaks to excellent fitness work being done behind the scenes, and like Roman Reigns, he’s one of those wrestlers who always has great posture and manages never to look awkward no matter what position he finds himself in inside the ring.

Moreover, he has one of the most versatile move sets of anyone in today’s WWE locker room, and one just has to look at the four different finishing manoeuvers Styles uses to get a feel for that. The Pele Kick (an acrobatic foot strike move), the Phenomenal Forearm (a high-flying theatrical punch from the top rope), the Calf Crusher (his signature submission manoeuver) and the Styles Clash (a grappling strength-based move) are four moves that are as diverse from one another as can be, and yet Styles looks at home in every single one of them.

That kind of flexibility and versatility has been a defining feature of AJ Styles’ entire WWE career, and truly elevates him into the pantheon of great wrestlers who have graced WWE over the years, and makes him one of the few present-day wrestlers who deserve to be compared with the greatest of them all, Shawn Michaels himself.

The similarities between Shawn Michaels and AJ Styles are there for all to see. Their similar, slightly effeminate personal styles; with long hair, cherubic blue-eyed faces and their preference for topless, “long-pants” style wrestling gear is easy to spot.

They’re both undersized, underdog-like characters who’ve maintained a brilliant mix of mat-based wrestling and high-flying acrobatic moves inside the ring. They’ve both managed to have excellent, entertaining moments on the microphone despite that not being their primary skill set, and Styles possesses a similar “Midas’ Touch” to Michaels in being able to sell his moves well and generate 5-Star Matches with just about anybody he’s paired with.

The WWE Wrestling Universe will probably never get to see that absolute dream of a matchup between Shawn Michaels and AJ Styles because of HBK’s advancing years, but there should be no doubt to most wrestling fans by now that Ric Flair’s belief is well-placed: AJ Styles truly has become the new Shawn Michaels, and is perhaps the greatest all-round performer the WWE has ever had since “Mr WrestleMania” himself.

Send us news tips at fightclub@sportskeeda.com

There are no comments for this post "Opinion: Why AJ Styles is WWE’s greatest performer since Shawn Michaels ". Be the first to comment...