Beard styles and grooming. Hollywood Actor Beards - The Good, The Bad and The Ugly 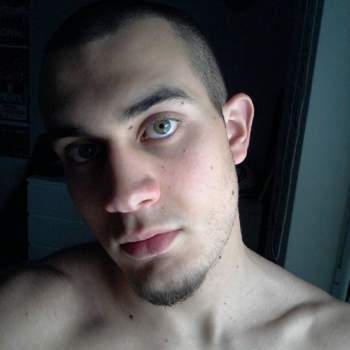 Hi stud. Guy here. Now I know I haven’t written much about fashion yet, so today I’m writing about the top (and worst) Hollywood actor beards. Because of the vast variety we have in Hollywood, I have rated our successful bros (or rather, their beards) from the very best to downright creepy. Best goatee styles 2016.

Well, we all know that sporting a beard is not everybody’s cup of tea. No matter whether you’ve run a starship enterprise, or played God himself. Also: I’ve sorted them, as one should, into the good, the bad and the ugly. Sorry, Tom Cruise, I like you – but this isn’t where you belong. Perhaps next time – in a hairstyles article. Or sunglasses.

George Clooney looks dashing with his beard. Like he always does. The only bad thing he ever did was star in the Batman movie. And his suit even had nipples on it. And no, we’re not going to let you forget that.

Ryan Gosling is one of those rare men who has a long, lean face and yet rocks a beard. That too effortlessly. Like his allover style. Cheers to you, bro.

The original James Bond. He knows how to do beards.

Our very own wolverine. Ever ready to take out his claws. And trim his beard. Aussie style.

Chris, I put you here just because you played Thor. Also: Shilpa is forcing me to type that you look rather handsome.

Ben Affleck here has somehow made a good balance between a rugged looking and a tux-friendly beard.

Johnny Depp’s goatee is not Pirates of the Caribbean-esquely long, but he has found his sweet spot here and stuck to it.

The Gladiator and the Noah. Well this dude just cant go wrong, even if he would, he may have been excused.

Well King Leonidas, we like your beard just because you know the Ugly Truth.

Jack Black may have started the School of Rock, but you still need some more grooming lessons to make it to The Good league.

My dear Chris Pine, Ok… you are handsome, I will give you that. And you know how to run a Starship Enterprise, but that doesn’t mean that you also know how to sport a casual beard.

Well GOD, you are the all mighty, but you the forgot to visit the salon on Cloud no 9 for some real grooming.

So Lincoln Lawyer thinks he’s handsome and can get away from Guy’s rating court easy… Not so fast, slick!

Well Seth, beard is your thing. So you should have been a pro by now. Your madness and cuteness keep you here because with that scratchy beard – you belong in The Ugly!!

Well, you, Mr. Ryan Reynolds, made it to The Bad zone only because of Blake Lively’s recommendation. And barely managed to escape The League of Ugly bearded gentlemen!

Mr. Chris Pratt, I liked you being a badass in Jurassic World. But taming dinosaurs is one thing – and sporting a beard is another.

Jonny Travolta – your stocks just fell through the roof.. Then through the floor.. And then the basement. No, this isn’t funny.

Well, the amazing spiderman… ROFL, have you seen yourself in the mirror?!

Neo… you were my hero, man. And now you have taken it too easy and screwed yourself!!

What’s wrong with you, Tom Hardy…? Are you standing on ceremony here?

What happened to our beloved Forrest Gump? He seems to have been cast away from fashion for too long.

So stud! Beard grooming’s a skill not everyone has. One just has to look at Leonardo DiCaprio to see that you need more than just confidence to sport a good beard. Do you sport a beard? Which style is yours? And which is your favorite Hollywood actor beard? Comment below.

There are no comments for this post "Hollywood Actor Beards - The Good, The Bad and The Ugly". Be the first to comment...