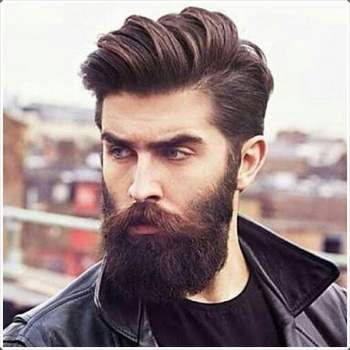 The blues encapsulates life’s peaks and troughs, said the giant-bearded guitarist, who has returned to his roots in the musical genre with his second solo album, “The Big Bad Blues”. Best beard looks 2016.

After 2015’s Cuban-flavored solo debut “Perfectamundo”, Gibbons decided to go back to basics.

“This great American art form we now call the blues, it grabs me and it has always grabbed me,” the 68-year-old Texan said.

“There’s something with the humanness, the natural feeling. It’s this connection with the highest of highs, the lowest of lows and all points in between. It brings everything together.”

His 11-track album features eight Gibbons-penned originals, and covers including Muddy Waters classics “Standing Around Crying” and “Rollin’ and Tumblin'”.

The death of blues giant B. B. King in 2015 at the age of 89 seemed to mark the passing of a generation — Waters included — that grew out of the music’s homeland in the dirt-poor Mississippi Delta plantations and took the blues to the world.

In London to sign albums for fans, the US rocker said he was not worried about the blues dying out in the face of the latest musical styles.

“What is the future of this thing called the blues? Remarkably, it seems to reappear decade after decade,” he said.

“We all have this spirit. We haven’t always found the words to express it, but we have the blues — and that pretty much says it all.

“I don’t see the blues disappearing any time soon.”

He said the blues had branched out from its three-chord origins into all sorts of “lofty realms”, but however far it gets stretched, “it all comes back to square one: simplicity followed by complexity and sophistication. It’s really a fascinating art form.”

“We never know who’s going to be the next exponent,” he said.

“Sooner or later, we’re going to find a bluesman in this 11th hour that really floats the boat.”

Gibbons said that in between making records, the trio would head down to the homeland of the blues and infuse the spirit into the soul.

“When we could escape from the studio, many times we would trip down through the Mississippi Delta, particularly Clarksdale,” he said.

“There is definitely the feeling that the blues still wiggles up from the very ground.

“There’s an immediate connection with where this all started.”

Gibbons and his solo backing band are touring the album through North America from October 13 to November 18.

The tour is followed by celebrations marking the 50th anniversary of ZZ Top — a remarkable achievement for an unchanging line-up.

The rockers are playing a residency at The Venetian hotel in Las Vegas from January 18 to February 2.

Gibbons and ZZ Top’s bass player Dusty Hill’s famous beards are surely the finest rock and roll has ever produced.

“The beard — it goes where I go,” said Gibbons.

“It leaves us asking the question: what about that guy behind the drums? The man with no beard named Frank Beard. Go figure.” CC

There are no comments for this post "We have the blues : ZZ Top star says genre will live on, Inquirer Entertainment". Be the first to comment...