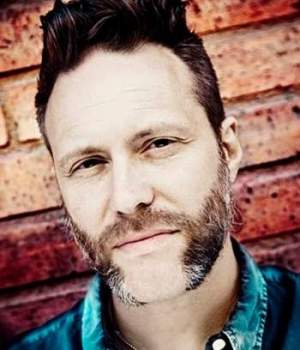 Men’s facial hair is gaining a lot of buzz lately, leaving many people to wonder: why are beards so popular these days? First, let’s give some thanks to hipsters and their awesome beard styles that inspire us all. Secondly, we must look to the natural fact that beards, like an honorary badge, can only be worn by grown men. Of course, there are exceptions, like the Bearded Lady. Yet, even for her, the beard serves as a representation of personal style and charm. Interesting beard styles.

Those attending barber school or planning to open a barber shop are onto something. In fact, a recent study found that men with beards have a secret power… they are more attractive than their clean-shaven peers.

A man’s facial hair could impact his love life, or lack thereof. According to actual scientific research, scruffy facial hair is largely embedded in social context regardless if we realize it or not. The University of Queensland in Australia conducted an in-depth study on male facial hair to answer the curious question: are men with beards more sexually attractive?

Researchers collected data from 8,520 women broken up into three different groups. Each group was shown altered images of men with varying degrees of facial hair. Each group was asked a unique question about images. Group one was questioned on overall attractiveness, group two rated photos on short-term attractiveness—aka who they wanted a short fling with. And the third group was asked which of the men looked like ideal candidates for long-term commitment and marriage.

The findings were published in the Journal of Evolutionary Biology. Most women in group 1 reported men with heavy stubble as the sexiest, with short stubble coming in second. As for the women in group 2, they were also more attracted to men with stubbly-faces whom they ranked highest for one-night-stand appeal.

Men with full beards and clean-shaven faces were ranked as the least attractive and least appealing for a one-night stand. BUT men with full beards were the clear winners when it came to long-term relationships and marriage. Researchers said this suggests popular culture has adopted the ideology that men who shave less frequently are more mature and ready for commitment.

The study’s authors theorize that beards make men more attractive because it “indicates a male’s ability to compete for resources.”

The rise of beards has opened many barber shop doors around the country. Barbers specialize in short haircuts and facial hair, offering the expertise necessary to pull off a stylish look that attracts the right people. You can join the men’s facial hair movement by enrolling in a barber school or cosmetology program.

There are no comments for this post "Men s Facial Hair, Beard Styles Attractiveness, Avenue Five Inst.". Be the first to comment...