Best type of beard. 15 Most Famous Bearded Men In The History 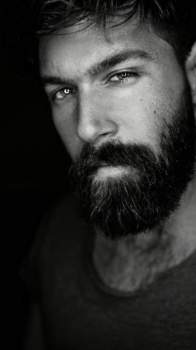 From the ancient time till now, some famous people used to have and are having a beard. It’s not like that they are famous for the beards. They are famous and along with them their beards also have a firm place in the history. There are hundreds of famous bearded men in the history. Not all of them are notable. These men became so popular that common people started to follow their style. Even now, some of the old beard styles from the history is coming back in vogue. Beard man.

The Most Famous Bearded Men Ever

Men are known by their actions. History only remembers those who are worthy of remembrance. The history of the world will never forget some people and, fortunately, a few of them have a beard too. We should remember them for their deeds. Since we are writing about beards, we will remember them for the beards too. Let’s check who are the toppers in our list.

Sophocles is one of the most celebrated ancient Greek playwrights. He is well known for the contribution to literature. He wrote more than 120 plays but only a few are available. This historical character also had a full-bearded look. Though there is no picture of him, the statues can prove his beardedness.

Karl Marx! This man was an allrounder. He was an economist, political theorist, philosopher, historian, socialist and so on. Most importantly, he was a bearded man. If you are searching for inspiration, Karl Marx is here to inspire you to achieve everything in life with a full beard.

Charles Robert Darwin was one of the most revolutionary scientists of his time. He successfully established that all species have descended from common ancestors with the passage of time. Though his theory is still controversial, he has a great fan base around the world for his theory of evolution. This famous scientist also used to have a full beard.

He is mostly uttered with the name Monalisa. Leonardo da Vinci was another allrounder who could do everything with equal expertise. He was a painter, scientist, architect, writer, historian and what not. Leonardo da Vinci also had a long and smooth beard.

Charles Spencer Chaplin was one of the most extraordinary actors and directors of all time. This man had the ability to make you cry with a laughter. He was actually an English comic actor. He became famous for his identical character ‘the Tramp.” This character wore a unique mustache right under the nose. He has become more popular for this unique style.

Salvador Dali was a surrealist hailing from Spain. He was a true artist who could go beyond his time. Dali painted some striking and peculiar images for which he gained huge popularity. Salvador Dali is equally known for his mustache. He used to have a well-groomed and waxed mustache that grew long at the edge.

This man was crowned with the record for the owner of the world’s longest beard. He was a Norwegian-American and known for the extra length of his beard. Other men are famous for their works but Hans Nilson Langseth is famous for his beard.

This list will be incomplete without the inclusion of the great Abraham Lincoln. He was the first president to wear a beard in the history of America. Lincoln’s beard has a name and is known as the chinstrap beard. This man represented the White House, became so popular, and lifted his beard style as a top one. Since then, chinstrap has become a brand of the beards.

It’s a debatable issue whether Santa Claus is real or not. But, he has been a legendary character in Western Christian culture. So, there is no way to deny the existence of Santa Clause. One of the most known traits of Santa Clause is he has a full beard. Without a long and white beard, the image of Santa Clause is not acceptable. This is a historical bearded character.

Enough with the old history, let’s move to the present. Though this was supposed to be a list of men, we could not resist enlisting this woman. Her name is Harnaam Kaur. She is a body positive activist, motivational speaker, anti-bullying activist living in the UK. Due to hormonal imbalance, she can grow a full and long beard. At the beginning she wanted to shave it off but, now, she let it grow. She will surely be a part of history in the future.

History will never let you go bare handed if you want inspirations from it. This is true for beard style too. It is difficult to resemble the historical figures in terms of works, but it’s easy to represent their beard styles.

There are no comments for this post "15 Most Famous Bearded Men In The History". Be the first to comment...