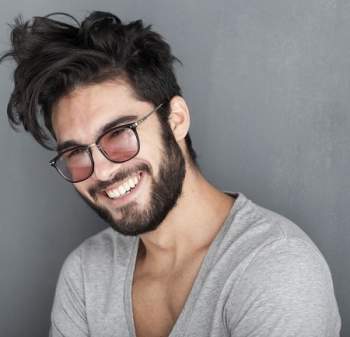 While the ‘No Shave November’ look is sexy enough to be followed all year, the scorching heat might want you to consider some summery beard styles instead. But if you are giving up the sexy forestry on your face, it’s only natural that you go for something that is equally sexy and enhances your masculinity to a whole new level. So this summer, try your hands on some ‘cool guy’ beard styles that are trending among the noted hunks and have become the most trending part of men’s fashion 2016. Beard styles 2016.

Here are the 5 coolest celebrity beard styles for Summer 2016:

The light stubble is undoubtedly the coolest summer beard style. And our very own Greek God, Hrithik Roshan makes this light stubble look very sexy. The good thing about this beard style is that it’s no rocket science nor do you need to know any razor art to get the look. It simple and its sexy.

Rayan Reynolds looks absolutely stylish with this minimally masculine beard. It is in fact the most versatile beard style that looks good on all skin types and face structures. Whether you want something manly for your formal look or something boyish for your casual look, this could be your ‘go-to’ beard style. This look is also quick, easy and downright charming.

Farhan Akhtar shows of his Indian charm in this sexy Rajputana beard which is a great way to take your appeal high this summer. The look is manly but still has a tint of boyish mischief to it and is the best when it comes to bringing out the unadulterated Indian sexiness. You might want to get some professional help while getting the look.

Shahid’s Haider beard was a huge hit among men last year. And it still remains one of the best beard styles to flaunt during summers of 2016. The look is perfect for all you men who don’t want to trim down much but still want to boast an edgy beard style. The look is both naughty and nice and can give an undeniably handsome appeal. So guys, get grooming!

There are no comments for this post "The Coolest Celebrity Beard Styles for Summer 2016". Be the first to comment...