Small goatee styles. What does your facial hair say about you? - 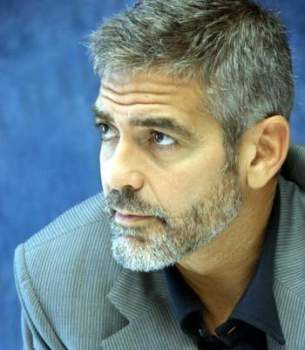 Recent studies have revealed that a man’s facial hair can give off clues relating to his personality and career path. Types of mens facial hair.

Consecutively, here’s a list of what your facial hair says about your personality traits:

1. Stubble: According to Dr. Peterkin, a beard scholar and Dove’s facial grooming expert, a man with a stubble is trendy. He declares that most men's magazines feature male models with stubble for a reason, because it’s fashionable. “Sometimes you see it superimposed with a moustache on top or with bigger side burns, but stubble is sort of the base,” he told the Huffington Post.

2. Full Beard: In a study by Cambridge University, photographs of full bearded men and non-bearded men making the same aggressive facial expression were compared. The bearded men rated as much more aggressive and intimidating. Dr. Peterkin thinks a lot of men associate a full beard with maturity, manliness, and wisdom, as older men and scholars often traditionally wore them. He says that while they also have religious associations, they’ve recently become popular among young men.

3. Goatee: While the goatee became popular in the mid-1990s, it’s now considered old-fashioned. “Some men still wear it, but one guy I interviewed said, 'If your dad and your dentist still have goatees, it's time to change your look,'" stated Dr. Peterkin.

4. Moustache: Historically, the moustache had a reputation as the “baddest” facial hair there is, according to Peterkin. It was then relabelled in the '70s as a sexual symbol. However, with recent charity movements like Movember, it’s become seen as more toned down.

5. Clean shaven: A clean shaven man gives off a “preppy” vibe. Nevertheless, men today are constantly switching between different facial hair styles. A clean shaven guy today could grow a full beard tomorrow. And while the beard and stubble have been in fashion recently, Peterkin predicts the clean-shaven 'Mad Men' look will come back into flair soon.

6. Chinstrap: "It's for a guy who wants to push the envelope and also wants to be asked about his facial hair,” said Peterkin of the chinstrap beard. “Everything has been done under the sun, so I think men are sort of looking for the thing that they don't see on their street or in their workplace."

7. Handlebar Moustache: This type of style is for men with a knack for old fashion. In fact, it’s often shown in Southern-themed movies and barbershop quartets. A recognisable figure who sports it is Former footballer David Beckham.

8. Soul Patch: It was in the 50s and 60s that soul patches came into style. That’s why, experts believe that those who sport it have a “hippie” and quirky side to them.

Ultimately, most studies found that facial hair can only tell so much about a person. What they did deduce, however, is that full beards and heavy stubble rated the best with women, who described bearded men as “more masculine” and “better providers” than clean shaven ones.

There are no comments for this post "What does your facial hair say about you? -". Be the first to comment...