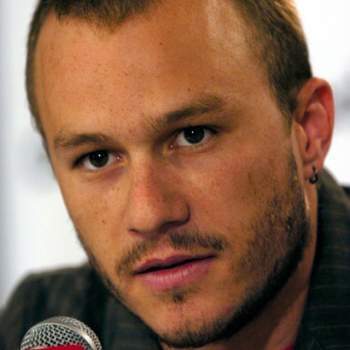 Be in the beard business for a while, and you notice a worrying trend. Grooming facial hair styles.

The lack of Asians with beards.

Why is it that seems so many men from China, Thailand, Japan, Indonesia, and the surrounding Asian countries seem to have weaker growth of facial hair than the average Caucasian men?

In this article, we will also cover the ways Asian men can grow more beard naturally, as well as the beard styles that are a perfect fit for darker, patchier beards.

Beard and mustache growth is largely dependent on your testosterone and DHT levels.

However, it’s not the end-all-be-all explanation why some men have beards and others do not.

Many Asian males voice their concerns in online forums and Reddit about how they feel less masculine for not being able to grow beards.

This tends to be especially true among those who move to European countries or the US, where large portion of the male population has some facial hair.

So if facial hair growth depends largely on testosterone & DHT, and Asian men commonly have a harder time growing full beards, does it mean that they’re less manly or have less testosterone in their bodies?

, which converts testosterone into a much more androgenic form, more commonly known for its effect in stimulating the growth of body and facial hair; DHT.

Bottom line being that Asian men have less 5-a enzyme which causes lower levels of the powerful beard boosting hormone; DHT. While also having less sensitive androgen receptors in the face, making it harder for the beard growing hormones to actually have any effect in the beard follicle cells.

If you’re Asian and just read the above paragraph, you must of think there’s nothing that can be done, right?

Wrong. There’s A LOT that can be done to trick your genetics and force beard growth to occur, despite lower DHT, and despite having less-sensitive androgen receptors.

In fact, I’m going to give you two extremely effective methods to turn your chin, upper lip, and cheeks from the velvety smooth hairless skin, into what can be a full-beard within the next 12-months.

This is not a joke nor a marketing trick, and I’m not talking about expensive beard transplants either.

What I’m about to show you has mounting piles of anecdotal before and after results, with scientific evidence to back them up as well.

Minoxidil is nothing short of a miracle drug for men with weak facial hair growth.

It was originally invented as an ulcer medication, after which the researchers quickly saw that it had some blood flow-improving effects.

After this, it was further studied and re-branded as a drug to help lower blood pressure.

Sadly, it had one mighty powerful side-effect: Significant increase in the growth of body and facial hair.

After some of the researchers noticed the powerful hair growth stimulating effects of minoxidil, they formulated it into a topical liquid to be used on scalp-hair of balding men which was branded as “ Rogaine “.

After hundreds of studies, minoxidil is commonly accepted as being one of the most reliable and effective methods to stimulate new hair growth and prevent hair loss.

And then the inevitable thing happened. Men started wondering;“Could I buy minoxidil and apply some to my face to grow a beard?”.

Here is just one of the many Asian guys who tested out minoxidil. The results are so insane that many guys questioned if it was even the same person! A quick look at the nose and ear structure, however, can easily tell you that it is, in fact, the same guy, just some months apart.

As you can see, compared to placebo. 3% minoxidil solution led to a staggering 1328% increase in hair count of the sample areas in comparison to the guys using a placebo lotion. And this wasn’t a small study either, the result is an average of 48 patients during a 16-week study. The researchers write; “In conclusion, minoxidil 3% lotion is effective and safe for beard enhancement”.

Its main use is to increase testosterone levels, prevent infertility, and boost sexual potency in men.

And the active ingredient is L-Dopa, a compound that acts as a precursor to the neurochemical dopamine.

That’s all good stuff, but how can it boost the beard growth rate of Asian men?

Well, remember in the beginning the part about Asian males having more androgen receptor copies, causing significantly lower sensitivity of the receptors towards hormones?

Mucuna Pruriens has been found twice to activate androgen receptors. The active ingredient; L-Dopa, seems to act as a co-activator protein to the receptor sites

Last but not least, let’s get to the actual Asian facial hair styles.

Whether you have a beard already or are going to implement the two tricks above and will have soon, you can try out any of the popular styles below during your journey.

The short boxed beard is a great look for almost full (but patchy on the cheeks) beard for Asian guys.

Fans of the Walking Dead will recognize the Asian Van Dyke style beard of Steven Yeun (Glenn). Without minoxidil and mucuna supplementation, this will sadly be the only style many Asian guys can pull off.

“The Balbo” is a longer version of the goatee. It works quite well for many Asian guys since their growth in the cheek area tends to be more sparse than in the chin and mustache area.

They tend to have lower DHT levels

Combined with less sensitive androgen receptors of the face

There are no comments for this post "Why Can t Asian Men Grow Beards that Well? (with Causes Solutions)". Be the first to comment...