Good beard styles. Pearl and The Beard - "Beast" - The Revue 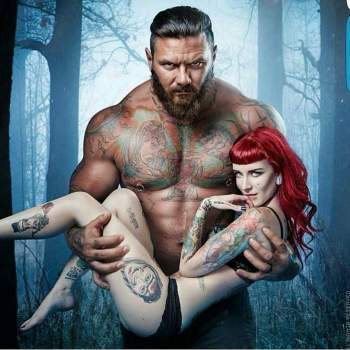 New York three-piece Pearl and The Beard have been releasing some really amazing music since their first record God Bless Your Weary Soul, Amanda Richardson in 2009. Their 2011 record Killing The Darlings was full of folk pop goodness and infectious toe tapping tunes as well as gorgeous instrumentation from the trio of guitarist Jeremy Styles, multi-instrumentalist Emily Hope Price, and percussionist Jocelyn Mackenzie, all three of whom share vocal duties as well. The trio’s live shows are full of energy and passion, every note and lyric with Pearl and the Beard’s heart and soul behind it. Last year, they announced that they would be releasing Beast, their third full length record. However, in June, the band also announced Beast would be their final release, and the band will be breaking up after their final show in November. Beast beard styles.

From the first moments of the first track, “You”, Pearl and The Beard rock harder than they ever have before. It’s a real rocker, with an incredible chorus of harmonies, drums and reverbed guitars. The next track, “Again Animal” was one of the early singles from Beast, which is a track that perfectly captures the passion and energy of their live shows, it’s everything we love about Pearl and The Beard. “Good Death” slows the record down a bit with a gorgeous track featuring Jocelyn Mackenzie singing over a perfectly assembled combination of drums, guitar, piano, and harmonies. “Burn Me Up (The Gordian Knot)” Is another rocker, with even some electronics, it’s an awesome change of pace for the band, that still stays true to what they’ve built over the last two records. Along with “Good Death”, another stunning track is “Yet”, a track led by Styles as he sings over mostly just guitar and is joined by beautiful harmonies from Mackenzie and Emily Hope Price.

One thing Pearl and the Beard truly excel at is their ability to create an atmosphere with their music. “James” is a true epic, the longest track on the record at just over seven and a half minutes, it features an amazing build and is one of the best tracks you’ll hear this year. It’s followed up by the bluesy rocker “Devil’s Head Down” and another gorgeous track “River” before the pace picks up with the energetic rocker “Take Me Over”. “Anything” is a surprising ethereal treat on Beast. “Anything” is an electronic, dreamy track that’s a bit of a departure from the rest of the record, but Pearl and The Beard make it work, and the ending is HUGE. Speaking of huge endings, “Landmine” builds and builds and builds, and becomes a realBeastat the end, with all three vocalists screaming. “Such A Fool” closes out the record and all three members contribute beautifully to what ended up being the last track we’ll hear from Pearl and The Beard.

It’s hard to say goodbye to one of the best and most under-appreciated bands of the last few years, but their farewell is huge, and one of the best records of the year thus far. Beasttakes Pearl and The Beard into new directions, new genres, and with incredible amounts of energy. It’s sad we’ll never get to hear where the future would take Pearl and The Beard, but to end on such a high note, like Beast, is a fitting finale for a fantastic band.

There are no comments for this post "Pearl and The Beard - "Beast" - The Revue". Be the first to comment...