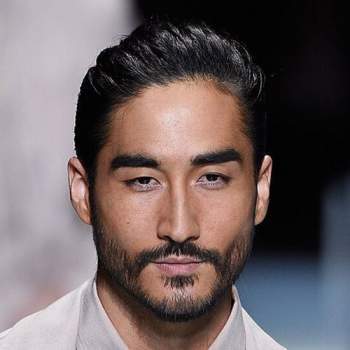 B last from the past you say? Today Beard Resource brings you yet another installment of the beard motivation series, covering some of the greatest scruffs in history. Facial hair styles beard.

From Da Vinci to Hemingway and everything in between, our historical beard motivation piece lists some great accomplishments of 14 majestic bearded brothers who permanently left their mark in the history books.

Rasputin was a Russian self-proclaimed holy man who had close affairs with the monarch Tsar Nicholas the second.

While everyone else told the Nicholas family that their son Nikolai would certainly die of his illness, Rasputin succeeded in healing him, which resulted in the “mystic” to become a very close influencer within the royal family.

Rasputin’s close relations with the Tsar and his family eventually led to some people envying him so much that a public smear campaign was started in 1914 that claimed Rasputin of having several young mistresses and that he would of have had an affair with the Tsar’s wife, Alexandra.

Rasputin survived the first assasination attempt where a woman stabbed him in the stomach.

The second assassination attempt – although successful – became a legend. After Rasputin was given tea and dessert poisoned with cyanide.

After the cyanide seemingly had no effect on this wandering monk, the assassin had to come back with a revolver, shooting Rasputin in the chest. Even that wasn’t enough to put the mystic out of his misery, but then when Rasputin rose from the floor and tried to make his way to the exit, the assassin opened fire again, shooting him in the back and finally in the head.

One distinct feature always shown in pictures of Grigori Rasputin, is his majestic beard. Perhaps it was the beard that made women so fond of him. After all, there’s scientific proof that women dig bearded dudes.

Rasputin’s bearded legacy still lives on, and even in 2018, this song constantly reminds us of his might:

Charles Darwin was one of the World’s most famous scientist and the father of the Evolution Theory.

It’s almost miraculous, how this great man mostly by himself, figured out how life evolved from natural selection, where the struggle for existence, makes some animals go extinct, while others evolve and mutate to fit the ever-changing Earth and our surroundings.

Darwin first published his Theory of Evolution in 1859, and in the 1870s, the scientific community had already adopted his theory as a fact, due to the incredible amount of supporting evidence.

It’s by no coincidence, that Darwin has been described as one of the most influental figures in the history of the human race.

One of the most well-known physical attributes of Charles Darwin was his enormously magnificent beard. Although he was already 56 years of age when he started growing a full beard, he is almost always portrayed with it. Oddly, one of the key reasons why he grew it was so that people wouldn’t recognize him.

Darwin was also the first scientist to study the evolutionary reason as to why some men can grow beards, concluding that the process of sexual selection may have led to the evolution of facial hair, signaling women to find men who are dominant and strong, and more suitable to have children with.

Some DNA evidence actually suggests that a whopping 8% of all men in the World would be in his direct line of descendants.

According to historical texts and paintings, as rare as it is for Asian man – Genghis Khan sported multiple different beard styles thorough his mythical life.

After the genocidal ruler had conquered most of Eurasia and unified the Silk Road under one mutually agreed political environment, he finally perished in 1227.

Genghis Khan and his beard will be forever written in the history books, and apparently his genetic legacy is still passed down, generation after generation.

Not much is confirmed about his early life, but it’s told that the beginning of his piracy was when he captured a French ship, installed 40 cannons to it, and renamed it as the Queen Anne’s Revenge.

Although the legend of the Blackbeard often portrays him as a violent raider, historical text claim that instead, he used force sparingly, and relied on his image as a fearsome and evil pirate that looked mean as hell with the thick black beard.

At least one product has been named after him; a beard dye for black-bearded men (who would have guessed)…

Blackbeard and most of his crew were eventually killed in 1718 when a party of soldiers and sailors, by instructions of the Governor of Virginia, invaded his ship.

Blackbeard’s bearded legacy lives on as the most common “pirate” look we see in books and movies.

Abraham Lincoln, the 16th President of the USA, is one of the greatest men to ever sport a beard.

Through the American civil war, Abraham Lincoln served as one of the key figures in building what the great United States of America is today.

This fellow who can be found in every $5 bill and 1 cent coin, is most well-known for his success in abolishing slavery and preserving the Union.

Historical writings say that Abraham Lincoln received a letter from a 7-year old New York girl called Grace Bedell, urging him to grow a beard to improve his appearance since “all the ladies like whiskers”.

Sadly, the story of the 16th President ended in an assassination carried out by John Wilkes Booth in 1865.

Ernest Hemingway is often portrayed as the ultimate manly man.

He was one of the most well-known American novelists, short story writer, and a journalist.

Aside from his writings, Hemingway served in World Wars I & II, worked as a reporter in the Spanish Civil War, and almost died twice in two plane crashes in the African safari that happened right after each other. In 1954, he was awarded the Nobel Prize of Literature.

Sadly the life of this great bearded man came to an end in 1961 through suicide via his favorite shotgun. It has been theorized that his suicide was partly a result of a condition called hemochromatosis, which causes iron to accumulate in the body, causing serious nerve damage that deteriorates the mind and body.

Although his ending was not what one could expect from such a legendary life, it is to be noted that his great bearded personality and stories live forever through his many writings.

James “Grizzly” Adams was a daredevil mountain man from California, who did some crazy things as a trainer of grizzly bears and other wild animals.

In 1855 this bearded man of nature suffered some serious head injuries after wrestling with one of his pet Grizzlies, the brawl has said to have left a silver dollar sized wound to his head, which was reopened many times in further brawls with different bears.

After this, a monkey he was training bit him to the same exact spot where Grizzly Adams had been hit previously, eventually leaving his brain tissue exposed.

This occurrence forced him to stop his work as a circus trainer of animals. He returned home and died just after 5 days to what is claimed to be meningitis.

This bearded father of science is most-well known for his studies with the telescope, confirming the phases of Venus, locating the Saturn’s rings, and finding the four largest moons of Jupiter, which would later be known as the Galilean moons.

Sadly, Galileo Galilei was sentenced to house arrest for the last years of his life, due to his work being seen as “threatening” to the pope and the holy bible.

Yet the long-bearded polymath never budged from his findings, which have been confirmed by numerous studies and satellite findings after his passing.

“The Great Bearded Man with the Telescope” will be forever remembered as the facial haired father of the scientific method.

Karl Marx had perhaps one of the most iconic, gigantic, bushy beards that have ever existed.

His theories are often labeled under a blanket term of “Marxism” and he is seen as the grandfather of modern social science.

“Accumulation of wealth at one pole is at the same time accumulation of misery, the agony of toil, slavery, ignorance, brutality, mental degradation, at the opposite pole.” – Karl Marx.

Whatever you think about the man, one cannot be without noticing his massive beard. It’s truly a bush of greatness that he must of have stroked while thinking those deep anti-capitalistic thoughts. Honestly, did he ever even use a pillow? That soft and smooth beard probably served as one already.

Many know Leonardo Da Vinci only as an artist who painted the Mona Lisa and the Last Supper, but he did so much more than just that (while sporting an epic beard of course).

Some of his greatest achievements include:

Sketch of the first parachute

Sketch of the first helicopter

Sketch of the first airplane

Leonardo Da Vinci also studied animals, human sickness, birth, his notebooks were filled from studies of everything one could imagine.

The English poet and playwriter, William Shakespeare, is considered to be the #1 historical writer in the English language.

His plays are known and praised all around the world; Romeo and Juliet for example, which I bet everyone and their dogs know about.

Since he lived from 1564 to 1616, much of his personal life is not that well known about, and/or even misinterpreted by people studying his life.

One thing is known though, Shakespeare was very fond of his beard, one quote of him reads like this;

The father of psychoanalysis, neurologist Sigmund Freud was a man with the stare, the cigar, and the beard.

This medical doctor is often recognized as one of the most influential scientists and authoritative thinkers of the 20th century.

The basis for his psychoanalytic theory was rooted in what he categorized as the three fundamental structures of the human psyche; the id, the ego, and the superego.

Sigmund Freud’s life came to a tragic end by drug overdose in 1939. At the time the neurologist was living in exile from the Nazi regimen.

His bearded legacy, the cigar, and the stare, along with his massive contributions to the scientific method live on forever.

Through history, bearded men have changed the World in ways that clean-shaven men can only admire.

Perhaps its the facial hair, the mighty mustache, perhaps something completely different…

…But it seems like most of the great men of the past, had fondness to growing beards.

There are no comments for this post "Historical Beard Motivation: 12 Beards that Left a Mark". Be the first to comment...