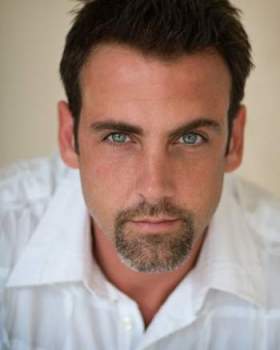 A career retrospective on the actor’s fearless choices. Facial goatee.

Well, he’s done it again, everyone. Christian Bale stars in the bleak period drama Hostiles, presenting the world with yet another unbelievable facial hair transformation. Is leaping back and forth between such varying facial hair styles healthy for the beloved actor? We trust that he’s consulting with expert hair stylists, but whether or not it’s safe, there’s no denying the power that each new mustache, goatee, or even full beard has on the screen. Let’s take a look back at this epic facial hair journey he’s taken us on.

Here’s young Christian in Steven Spielberg’s Empire of the Sun, long before he had the ability to sprout even the slightest of facial hairs. We had no idea what was just on the horizon.

BOOM. 2004’s The Machinist. Just look at how emaciated that goatee is. It’s barely there at all. The diligence and time it must’ve took to muster up such a thin, wispy lip sandwich is staggering to imagine.

Just one year later, Bale proved his dedication once again by getting absolutely shredded below the nose. This would be his first of many much-lauded ping-pongs back and forth between stylized facial hair and a complete reversal into subnostril hairlessness. Bravo, Mr. Bale!

What? What is happening? Is that the same guy who just played Bruce Wayne with a twirly-ended mustache and a thin sole patch over chin in the psychological mindtrip The Prestige? I picture director Christopher Nolan and Bale having dozens of screaming matches over the exact movement and fluff level of this hairy work of art.

In 3:10 to Yuma it was as if Bale was telling the world, “Look, I’m not just a fancy-faced cocktail party trickster. I can be a rough-around-the-edges gunfighter and I’ve got the neck beard to prove it.”

Um, hey lighting guy, maybe wanna get out of Mr. Bale’s field of vision while he’s filming one of the most innovative facial hair performances of the 21st century? Look how thin that goatee is. It’s practically disappearing before our eyes, just like humanity’s hope for defeating these machines. Bale is presenting to us a version of John Connor who is at once infinitely courageous but also clearly stops once a day in a partially destroyed building to quickly buzz down that facial hair to its lowest level without truly being shaved off. Am I the only one tearing up?

The first time I saw the trailer for The Fighter, I said aloud, “Is that a guy doing an impression of a duck?” But to my surprise, it was a completely unrecognizable Christian Bale, once again baring it all and showing us his entire face, a remarkable transformation which earned him a Best Supporting Actor award. Also, have to say, those eyebrows are doing a lot of work up there and should not be left out of the conversation.

In American Hustle, Bale shows us that he’s got a lot of razzle dazzle up his sleeve: His character Irving Rosenfeld wears a toupee, conman that he is through and through, and his well-trimmed full beard-mustache combo act as a “I’m a fun guy!” shield against any potential con victims. Another nomination for Christian! Lost by… a hair? HAHAHAHAHAHA.

I don’t even know what this movie is about but is that an enormous caterpillar coiled around Bale’s mouth? Whether or not The Promise is worth watching, I’d say that this is yet another noteworthy facial hair experiment by an actor who refuses to merely return to the same well over and over. He dares to ask, “What if a goatee threatened to swallow a character’s whole face? Let’s find out.”

And here we are again. Full circle. Bale’s learned a lot over the course of his career about how to emotionally devastate an audience with a particular facial hair choice and Hostiles looks to be the perfect culmination: Thick like The Promise, thin around the chin like The Machinist, a slight chin strap effect around the face reminiscent of 3:10 to Yuma. The overall effect: Breathtaking. “Where did this man’s mouth go? Is that what he’s so upset about?”, Hostiles seems to ask. You know what to do, Academy. That ‘stache deserves a trophy, goddamn it.

There are no comments for this post "Christian Bale Lights Up Oscar Season with Another Incredible Facial Hair Transformation". Be the first to comment...