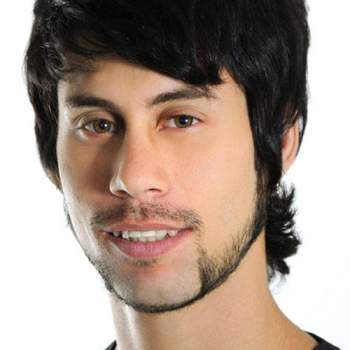 What is it about beards, exactly? Just the mere fact of covering your face with an impressive mass of hair can take you to a different place – socially, in relationships, to even a higher plateau of confidence. Gents shaving style.

With so many studies showing so many things about beards and their effect on both the wearer and the people around him, you can’t dismiss the power (and cool) of a rocking, well-manicured beard. If you are a bearded man, we salute you. If you’re thinking about growing a beard, we also salute you.

But, remember, it’s not just a beard, it’s also something with a long history that has generated tons of accumulated knowledge. Let’s take a closer look.

You’ve just reached the tip of the iceberg

A person with a long, long beard commands attention and gets his share of second glances. Think of the gentlemen in the venerable American rock band ZZ Top; the first thing that pops into your mind is their beards (although their drummer, the aptly-named Frank Beard, doesn’t have a beard).

Did you know, however, that a beard has the potential to grow over 27 feet if you quit shaving and trimming it for the rest of your life? A beard like that would make even the longest beards of today (and yesteryear) look like stubble.

Long, but still not close

To put the first fact in perspective, the title of longest beard in the world goes to Norway’s Hans Langseth, whose beard measured 17-feet, 6-inches in 1927. Langseth’s beard now resides in the Smithsonian Institution in Washington, D.C.

Beard Oil is your friend

If you have a beard but haven’t used beard oil, now’s the time to start. Beard Oil is an important ally in the quest for a well-manicured beard because it keeps your beard from itching, it gets rid of the dreaded beard dandruff, and it makes your beard easier to style. Think of it as a miracle drug for your beard.

Beard dandruff is just like dandruff on your scalp hair. It consists of dry, white flakes that can drop like snow on your clothes and look, well, undignified. Fortunately, there are a variety of ways to treat it, including with beard oil, beard balm, beard brushes – and even through proper diet and exercise. So, get off the couch, get moving, and rid yourself of beardruff once and for all.

Beards are good for your health

A beard could literally save your life. For instance, the magnificent mass of hair on your face can block up to 95% of the sun’s most harmful rays, thus lessening your chances of getting skin cancer.

An 11-year-old girl told Abe Lincoln to Grow a Beard. So he did.

In 1860, young Grace Bedell wrote Abraham Lincoln a later when Lincoln was campaigning to become president of the United States. Bedell told Lincoln that he’d attract more voters if he grew whiskers, which he eventually did (and went on to become one of his country’s most revered leaders).

Want to get, ahem, lucky? Grow a beard!

You’ll find plenty of evidence that beards improve a man’s social life, but there’s more. A 2008 British study found that women find men with beards to be better lovers.

Still thinking about reaching for your razor this morning, gents?

There’s clearly some connection between beards and how others perceive a man with a beard. Indeed, even if you’re not overly aggressive – or even not very aggressive at all – people perceive you as having an extra dose of swagger and aggressiveness when you have a beard.

And aggressiveness doesn’t necessarily mean a bad thing; women perceive it as a sign of protection and strength.

Think of how much time you could save

A man who shaves spends an average of 3,350 hours of his life in the bathroom. To put it in perspective, that’s nearly 140 days, many of which entail simply shaving your face. What a horrible thing, if on your deathbed, you suddenly wish you could have all of that time back.

Beards aren’t the exclusive territory of men although, let’s be honest, there aren’t many folks who find beards on women attractive. But some women can grow a beard and grow it well – such as Vivian Wheeler, an American woman who grew a full beard in 1993 following the death of her mother and four failed marriages. Wheeler’s beard grew to over 10-inches long.

Your face determines everything

Well, OK, maybe not everything, but the type of beard you grow and your haircut should properly follow the shape of your face. Faces come in five basic shapes – round, square, oval, diamond, and triangle. There is a variety of beard styles to fit each face shape and you should groom your beard accordingly.

Beards make you seem more intelligent. Look at some of the world’s premier thinkers and leaders, men such as Albert Einstein, Sigmund Freud, Lincoln, and Alexander the Great – all of them sported a distinctive beard.

At least they’re not taxed anymore

It’s true, beards were once taxed. The Russian leader Peter the Great was a strong proponent of the clean-shaven look, so much so that he taxed anyone who grew a beard 100 rubles per year. Wearers even had to sport a medallion that served as a beard license and which included the inscription, “The beard is a useless burden.” We’ve come a long, long way since then, fortunately.

Whatever you do, never, ever give up because of your beard looks scruffy or patchy because there is a multitude of ways to fix it. A patchy beard is not a lifelong diagnosis.

There’s a scientific term for people who love beards and who love to study them – “pogonophile.” But we know that pogonophilism goes beyond a mere love of beards: it’s a religion, a mindset, a reason for being.

There are no comments for this post "15 Beard Facts You Probably Never Knew - HUSKYBEARD". Be the first to comment...