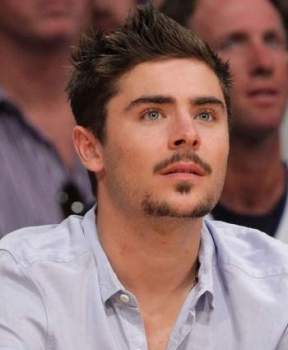 That manly facial hair that forms a beard has long been a symbol associated with masculinity, culture, class and status, wisdom, knowledge. What else? Ah, yes… courage and even beard challenges (you know, Ripley’s Believe It Or Not; Guinness World Records; those county fairs; and things of that sort). Beards also have an appeal to men who ‘walk it alone’ – naturalists and the recluse; notorious outlaws and those who otherwise buck society; crude dudes; and the male eccentric. Chin beard styles.

The male beard and managing it is a marvel. Actually, beard growing and styling (or designing) are an art form! How about that? Unbelievers take this in. It is the info about some styles that can be worn alone or combined for an eye-catching total look.

The Art and a Basic Canvass: Stubble, a/k/a the 5-o’clock Shadow

As attractive as it may be on some male faces, and as vogue as it has become, the 5 o’clock Shadow (or just ‘the shadow’) remains missing from the main lineup of popular beard styles. This may be the reason: It becomes a beard that is full with a bit of additional growth in a few days. Full Beard is already a “lineup” style. It has nowhere to go! Nonetheless, ‘the shadow’ enhances not only facial features but the total male image. It also exudes an “au naturelle” look. Spike that hair, and all is said and done! This look can be maintained with some finesse so that it does not grow into a filled-in beard. One trim method is using an electric shaver beard trimmer attachment for a 2-minute once-over.

Here they are in no particular sequence, except, a clever male could probably change beard styles in the order they are listed – or in any other combination. Facial hair growth is the key along with ingenuity:

Styling a beard is a very careful process that involves some planning… maybe even an illustrated drawing of what is desired before launching a beard project. Like the hand of an artist, the hands of male beard wearers must be patient, steady and confident. Many beard wearers alternatively prefer the hands of a master barber or stylist.

The Full Beard, as discussed above, grows from ‘the shadow’ and is the basic canvass. One can take off on any style from the Full Beard. The Full Beard actually can be left to grow with desired shaping to a style pretty much that of the Smith Brothers pictured on a cough drops box back when. Right, Chris Cringle?

Goatees are very popular, and that is because they are so versatile. They can be worn short or long and sculpted as mentioned below to a Chin Strip if preferred. Some males prefer to even braid Goatees once the facial hair lengthens beneath the chin.

What gives facial hair more attractiveness is its pigment. Male facial hair has a tendency to pigment somewhat deeper than head hair or with mixed pigment that gives highlights to the facial hair. Also, it is not extraordinary for facial hair to grow in shades of salt-and-pepper or totally white on a male whose head hair may be just beginning to grow a bit of white hair. The Goatee emphasizes the contrasting hair color from that of head hair. It is a sure seduction that grabs admirers especially if worn with a shaved head.

The Soul Patch (also known as a mouche) is a beard growth just below the bottom lip and lined or shaped for thickness. It usually is irregularly shaped as would be a tuft of hair, and it rests centered and directly beneath the lower lip and just above the chin line.

The Chin Strip is an extended and narrowly shaped Goatee – or even a Soul Patch grown down, lined and thickened.

The Chin Strap (tough enough to be a project for a master barber or hair stylist) is facial hair extending from the hairline of one side of the face to the hairline of the other side of the face along the jawline and over or slightly under the chin. It can be lined thin or not. It is great to look at [How’d he do that?] but a difficult style to create and maintain. It also can be worn with or without a moustache or Chin Strip.

Now, to the Chin Curtain. This design also is known as the Donegal, Lincoln or Shenandoah beard. The design is achieved by growing the hair full and long, meeting with the sideburns and over the jaw and chin but without a moustache. This type of beard also is typically worn by the Amish.

The Balbo is next – and is it striking! While it may look like a major project, actually it is a separate moustache, Soul Patch, and Goatee accompanied by a light Full Beard. (It’s also known as a Disconnected Goatee.) Easy ladies! (This one is camera worthy.)

Those Mutton Chops, famously worn by the late singer Don Holt, finalize this lineup. They are long and full sideburns extending toward the corners of the mouth. They can be worn alone, with a moustache or Goatee. Despite their unbridled appearance even though lined and shaped, conservative Mutton Chops with a connecting and equally conservative moustache give them great possibilities for that special gentleman.

Beards can literally disguise an appearance, and they have been used to do just that. But, they also act as deterrents to the pain and discomfort that some men experience as a result of dermatologic conditions that shaving creates. Shaving with acne on the cheeks, jawline, or neck can cause great discomfort. A beard can give a much needed rest to sore and tender facial skin. Also, shaving with a condition suffered by some African-American males, pseudo folliculitis barbae, is enough to discourage ever shaving again. The problem with this condition is the curly hair ends that grow on the face. After shaving, hair bumps can develop that lead to infections and facial tenderness. These hair bumps seem larger and they are unsightly. Opting for Full Beard wearing, in this case, makes a lot of sense.

Whatever you’re reasons are for having a beard, you want to make sure it is groomed well and done with as little amount of pain as possible. To do it right – pick a style, get the right tools, and have fund