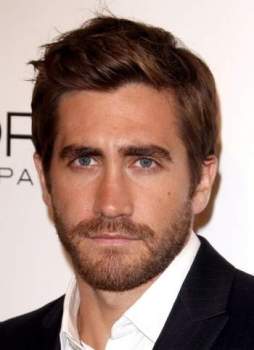 From full-on beards to trim moustaches, facial fringe continues to be a top trend in 2017.

Its continuing — and even increasing — popularity begs the question: Is facial hair the new “it” accessory for stylish men everywhere?

“They may have a beard this week, and be clean-shaven the next. And then next month, have a goatee and sideburns.

“It is a much more fluid approach for men.”

While beards are still big, they’re not quite as bushy and unkempt as they once were. Jonathan Bell-Etkin

“Gone are the scruffy, unkempt — smelly —beards that have been popular the last few seasons,” says Judah Down, the owner of JD’s Barbershop in Gastown. “A proper, groomed-and-trimmed beard is more the look now.”

While trim beards are in, Dalton admits there is still a vast array of facial hair styles that are en vogue at the moment.

“There is a very large range of facial hair that guys are wearing today, whether it’s a full, luxurious beard, or a few days worth of scruff,” she says.

As for moustaches — the slightly more contained version of facial hair that ranges from a soft dusting of hair on the upper lip to a full-on handlebar work of wearable art — they’re not quite as hot as they once were.

“Moustaches are still around, although I don’t think they’re as popular as a few years ago,” Down says. “‘Movember’ helped blow moustaches up, and it seemed like they were everywhere, but that trend has cooled down a bit.

“There’s still the diehard moustache enthusiast out there, so they’ll never totally disappear.”

Whatever the preferred type of facial fringe is, experts says we shouldn’t expect to see the popularity of facial hair as a whole decrease any time soon.

“We believe they are here to stay — at least for the next few years,” Dalton says.

In fact, the popularity of facial hair has led to an “explosive growth” in Jack Black’s selection of beard care products.

A groomed and trimmed beard is on trend, according to Judah Down of JD’s Barbershop in Gastown. Jonathan Bell-Etkin

“Guys are very interested in the ritual of taking care of their beards, and most importantly, the skin underneath their beard, to ensure that they can be comfortable, with no itching and flaky skin,” Dalton says.

“And, it is also a key desire for guys to keep their beard soft and well groomed, to please their significant other.”

Many barber shops have also added new services to their slates in order to keep up with the grooming requests.

“Lately, we’ve been adding a waxing service to our beard trims at JD’s, which keeps the lines really sharp,” Down says. “We also do a lot of beard fades.”

Down says some men even stop into the downtown shop once a week for a regular trim and cleanup. In contrast to the carefully groomed facial hair, he says men’s haircuts are becoming less pristine.

“We’re seeing men start to grow out their hairstyles now,” he says. ” And we’re seeing a bit more shaggy and messy haircut, especially on top.”

And the interest in beard maintenance has coincided with an increase in men’s skincare routines overall.

“Men are absolutely paying more attention to grooming and skin care. Particularly the millennials, as they understand how taking care of your skin can help you look and feel your best,” Dalton explains.

“This has a lot of benefits, including giving guys a competitive edge in the workplace, improving the quality and condition of their skin, and just generally making them feel better about themselves.”

But men still have a ways to go in the personal care department, according to Dalton. At least in comparison to the multi-step routines of women.

“We have to stay laser focused on educating men, getting the products on their skin, and helping them understand how truly different they can feel using highly efficacious skin care and shaving products,” she says.

She says every man should be incorporating a quality facial cleanser, a shaving product that won’t dry out skin and will protect against razor burn, and a moisturizer (preferably one with a sun protection factor such as the Jack Black Double Duty Face Moisturizer SPF 20).

And, if he’s on-trend and is sporting trim-and-proper facial hair — Down says a great beard product is an absolute must.

“You’ll want to use a beard balm to keep it fresh, clean and smelling good,” he says.

For men who are struggling to grow their facial hair, Down says there’s hope.

“Keep going to your barber as you grow out your beard as they can help shape it,” he says.

Just, whatever you do, don’t let things get sloppy.

What is cool, though, are “beard blowouts,” which have been gaining in popularity thanks to a few viral videos online. What exactly is a beard blowout, you ask? It’s taming a billow-y beard by using a round brushed and blowdryer — much like a typical blowout coif at a salon.

“We round brush beards all the time,” Down confirms. “But we’ve also started using a flat iron to straighten it out — it’s way faster.”

4 FAILSAFE PRODUCTS FOR A FABULOUS BEARD

Feeling like your beard-grooming game has fallen a little flat lately?

Consider picking up one — or all — of these products that are sure to boost your facial fuzz considerably.

Looking to go all-natural? Consider picking up this black pot of goodness that features fresh pineapple juice, which happens to be full of skin-cleaning enzymes to “zap away” dirt and oil, as well as almond and jojoba oils and cupuaçu butter (say, what?) to “soften and tame” your once-bushy beard.

Not a fan of shave foams? Consider picking up this nourishing shave gel from Jack Black. Dubbed Beard Lube Conditioning Shave, this conditioning formula is fortified with jojoba and eucalyptus to act like a pre-shave treatment, shaving cream and skin saver all in one.

For those in need of a full-one regime change, considering picking up JD’s Dopp Bag from the Gastown-based JD’s Barbershop. The all-in-one kit includes a Shave Cream, Grooming Cream and After Shave — plus a nifty razor — for a look that’s oh-so fresh and so clean.

You can try all the products in the world to tame your beard, but the easiest way to help control the mass is with a tidy trim. Do a little DIY trimming at home (not too much, mind you) with this CONAIR I-Stubble trimmer. The electric trimmer features a “motorized length control” so you can quickly customize to your beard-length desire.

There are no comments for this post "Beard fashion: Facial hair remains a top trend in 2017, Vancouver Sun". Be the first to comment...